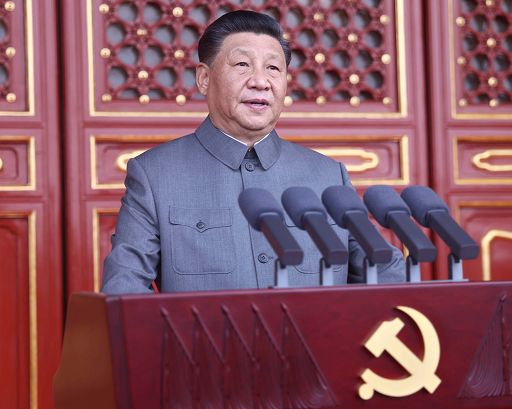 Chinese president insists on the slogan of a more just society

ROME, Oct. 15 (Askanews) — Chinese President Xi Jinping has reiterated the concept of “shared prosperity” (“gongtong fuyu”), an idea of ​​Maoist origin that the Beijing leader has recently insisted on. In an article to be published on Sunday in the Communist Party of China’s Theoretical “Kiosi” newspaper, which is awaited today by Xinhua, Xi said “this is the right time” to move quickly on the path of wealth-sharing.

“Only by promoting shared prosperity, increasing urban and rural residents’ income and improving human capital, will we be able to increase overall productivity and consolidate the foundations of high-quality development,” Xi says in the article about an important speech delivered by the president of the republic at the mid-August session of the Central Committee. Economic and Financial Affairs of the Communist Party of China.

The theme of balancing the needs of the economy and those of social justice is the motto of Xi’s reflection of the past, which has had a direct impact on the economy with pressure from regulators on a series of large Chinese web companies that have expanded exponentially in recent years, beginning with the Alibaba Group Billionaire Jack Ma.

When Xi refers to “common prosperity” he is usually talking not only of material wealth, but also of cultural wealth, which must be better distributed to form a strong middle class that represents the greater part of society.


Xi aims to expand the middle class, distribute a larger share of the national income to this demographic, and impart stronger education and a broader skill set.

One of the most powerful tools Xi advocated in his article is to strengthen the tax system against “unreasonable” incomes. He also called for a tax on real estate.


The time horizon set by Xi for common prosperity is “about half a century.”

However, the president also made it clear that the Chinese government should not fall into the “welfare trap” and should continue to work to “bridging the development gap” between China and more developed countries.