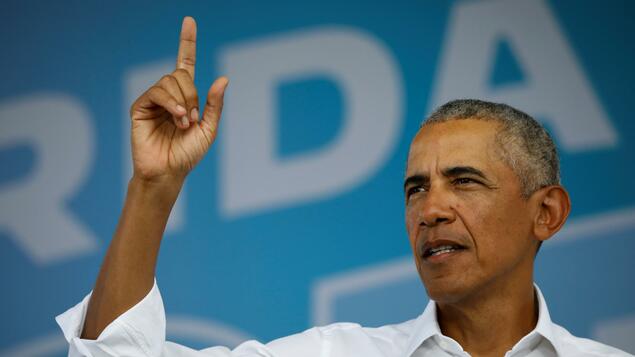 On the US “Late Late Show” by CBS talk show host James Corden, former US President Barack Obama spoke about a topic many might not have anticipated: UFOs or unknown or unknown objects in flight. Thus, the question of whether humans were really alone in the universe received new forage.

At the start of the show, it was pretty much a joke, but soon the former boss got a lot more serious. The impetus for the conversation with talk show host Corden about aliens and UFOs was the recordings released last week, which were supposed to show a UFO hovering around a hidden ship in San Diego in July 2019.

He said on the program that Obama also saw these recordings. And Obama continued: “The truth – and I mean that – is that there are records of objects in the sky that we cannot determine exactly what they are.”

He added that one cannot explain how they move and what kind of path they have. The bodies are more maneuverable and faster than anything at the disposal of the US military. Views will be carefully checked.

“When it comes to aliens, there are some things that I can’t say on TV,” he said, smiling jokingly. “They may have found us before we could find them.”

In another context of the evening broadcast, Obama said that when he took office in 2008, he early requested classified information on the subject. He wanted to know: “Is there a laboratory somewhere where we keep aliens and spaceships?” After a certain amount of searching, his request was rejected. The audience and Supervisor Corden laughed out loud.

The video, now making a buzz, shows a flying object speeding toward an American ship. A little later it disappears again in the water. The military commented on the video: “It’s scattered.”

The video was captured by a Navy aircraft and shows a sphere flying not far over the ocean before diving into the water. This is how the American “NBC News” describes it. According to the radio, the US Navy verified years ago the legitimacy of video clips of combat aircraft chasing unidentified objects, some of which move in ways that are difficult for aviation professionals to interpret.