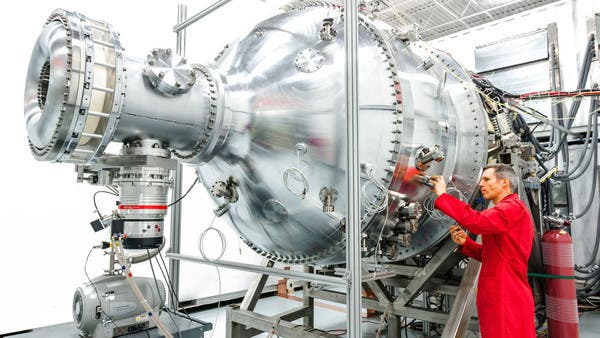 The world’s rich have entered a new race towards commercial nuclear energy, through financing rounds for companies working on revolutionary technology, which carries many risks.

This comes after General Fusion raised $130 million from investors including Billionaire Jeff Bezos To help develop a commercial nuclear reactor.

The company said in a statement last Tuesday, that the Series E funding round included the Business Development Bank of Canada, hedge fund Segra Capital Management and several investors from the family offices.

General Fusion is part of a growing wave of technology companies seeking to generate electricity using nuclear fusion, the process that powers stars.

The company said in June that next year it would begin construction of its first pilot plant in the UK.

On the other hand, two billionaires, Bill Gates and John Doerre, participated in a financing round for Commonwealth Fusion Systems, which raised $ 1.8 billion, the largest financing deal in the field of nuclear fusion.

The Cambridge, Massachusetts-based company will use the funds to build and operate a pilot system and begin building a commercial fusion reactor that may be completed in early 2030.

The company has raised more than $2 billion since its founding in 2018 after it split from the Massachusetts Institute of Technology.

“The world is ready to make significant investments in commercial integration as an essential part of the global energy transition,” said Bob Mummgard, CEO of Commonwealth Fusion Systems.

Conventional nuclear plants use fission, the process of splitting atoms, to generate energy. Fusion is the reverse process, relying on capturing the energy that is produced when atoms collide and fuse into heavier elements.