The White House is preparing new immigration restrictions, using the coronavirus as a cover-up 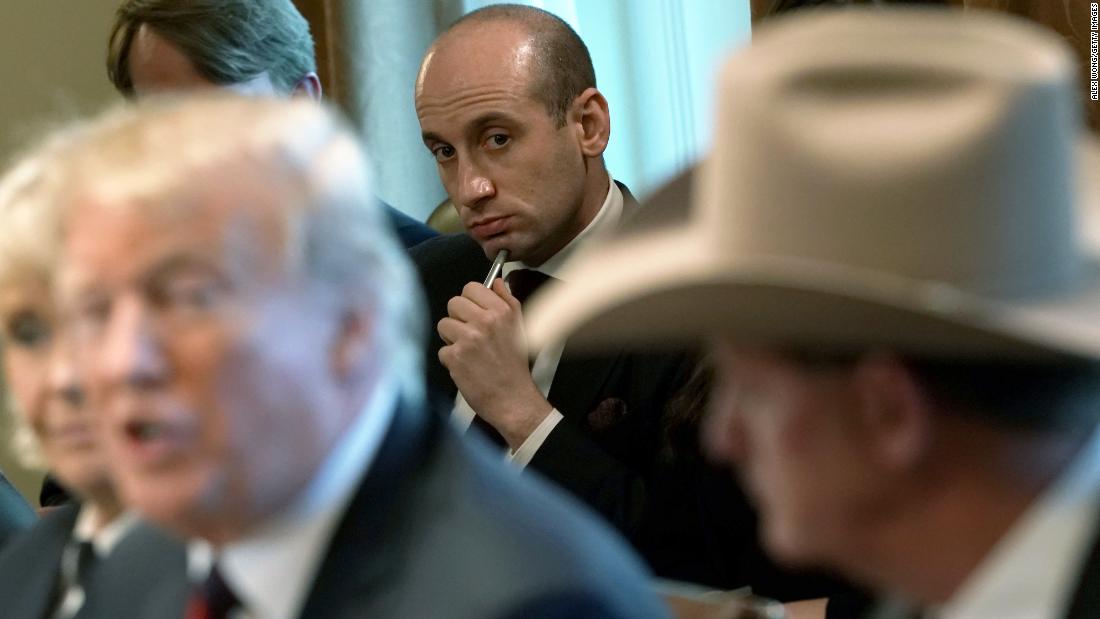 Despite pressure from President Donald Trump to move past the pandemic, the administration continues to implement immigration measures, calling for relegation and its tribute to the economy.

One of the key figures behind the immigration restriction movement is Stephen Miller, Trump’s leading immigration adviser and architect of the president’s strict immigration agenda. In April, Trump signed an executive order banning part of immigration to the U.S., after he achieved an explicit ban on immigration to that country. Trump claimed that an order is needed to protect American jobs.
In the context of the coronavirus pandemic, the administration has progressed with a series of immigration measures that fought for a breakthrough before the coronavirus. Among those changes is the closure of the southern border for migrants, including asylum seekers, unless certain conditions are met.

Following the president’s April proclamation, Miller put the move as a first step toward reducing the flow of immigrants entering the United States. That proclamation set deadlines for review, one of which is approaching this weekend, and left room for its extension or amendment.

The economic argument is expected to be raised in the expected expansion or new executive order for immigration. While Trump has been dealing with recent job numbers, the number of unemployed remains high – although companies have said in a series of letters to the president that continued immigration is important for economic recovery.

Stakeholders, businesses and experts are fighting any new restrictions, saying visas that allow immigrants to work temporarily in the US are crucial to the economy.

“Why would he want to reduce the critical workforce that will help the economy recover?” said Greg Chen, director of relations with the government of the American Association of Immigration Lawyers.

“This is not a rational or reasonable approach to the stated goals of what they are trying to achieve, which only indicates the fundamental purpose of achieving the president’s pre-election goals – cutting off immigration,” Chen added.

Trump has promised that the previous order will “ensure that unemployed Americans of all backgrounds will be first in line for work as our economy reopens.”

The White House did not immediately comment on this story.

CNN previously reported that Trump’s political advisers see steps toward immigration as motivating for their supporters at the base at a time when the president’s key election message – a strong economy – is weakly weakened by the pandemic.

Legal immigration, which had already become a hit during the outbreak, is once again the focus of discussions on the envisaged executive order for immigration.

Slate for visas, which allow immigrants to work temporarily in the U.S., is being considered to be temporarily suspended, including L-1 visas for intra-corporate transfers, H-1B for special occupation workers, H-2B for temporary non-agricultural workers, and J-1 visas for exchange visitors, according to three sources familiar with the plans.

An exemption is expected to be made for activities related to Covid-19, such as health workers and food supply businesses, sources said.

In recent weeks, companies and industry groups have expressed concern in letters, stressing the importance of a highly skilled workforce for the U.S. economy.

On Tuesday, the tech trade group wrote to Trump claiming that non-immigrant visas are key to sustaining the economy amid the global public health crisis.

The overseas-born U.S. workforce, wrote the Information Technology Council, “allows many Americans to continue working remotely during the COVID-19 pandemic and play a key role … to ensure secure business and connected people.”

ITI is supported by companies including Apple, Google, Microsoft and Oracle.

“Restrictions on our human capital are likely to result in unintended consequences and can cause significant economic uncertainty if we have to readjust our staff based on the country of birth.” reads the May letter signed by hundreds of employers, trade, industrial and higher education associations and groups. Subscribers included Facebook, Twitter, Google and Lyft, among others.
In a separate letter to Trump, the H-2B workforce coalition reiterated that visas are a “critical safety valve for companies that address seasonal labor needs” when there are no U.S. workers to fill short-term jobs.

“There are employers, there are trade associations that are constantly talking to management and Congress about the value of these programs,” Gregg Hartley, co-chair of the H2-B coalition, told CNN. “It’s a lasting effort. The letter is one of many attempts that policymakers have all the facts at hand.”

But just as businesses and industry groups have made their contributions, so have advocates of reduced immigration who say change is necessary to protect American workers.

“We provide information through feedback channels and most importantly, our members, our residents are pushing the same plan,” said Roy Beck, president of NumbersUSA, a group advocating for reduced immigration.

Last month Republican sensor Tom Cotton, Ted Cruz, Chuck Grassley and Josh Hawley also sent a letter Trump is calling for new work guest visas to be put on hold for 60 days, as well as “certain categories” of new work guest visas, at least “next year, or until unemployment returns to normal” to protect U.S. workers.
Proclamation of White House immigration, April 22, was one of a series of changes to the immigration system, attributed to the pandemic. The order has targeted people outside the United States who want to migrate legally to the United States, with some exceptions.