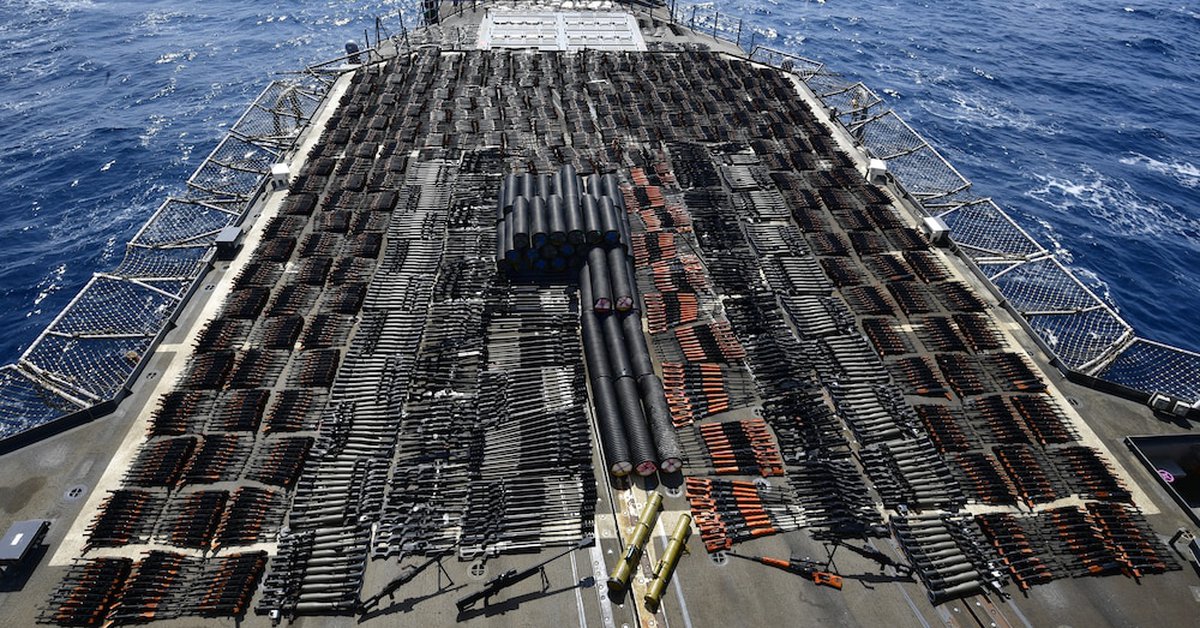 It took two days to transport all illegal cargo to the US ship (Video: US Navy)

The US Navy intercepted the North Arabian Sea Thousands of military weapons, many of them Russian and Chinese, were shipped on board a ship without a flag, This Sunday reported the Central Command of the Navy of the North American country.

From the base of the Fifth Fleet in Bahrain, Central Command indicated in a statement that the bunker housed Dozens of Russian anti-tank guided missiles, thousands of Chinese Type 56 assault rifles, hundreds of PKM machine guns, telescopic sight rifles and rocket-propelled grenade launchers.

The weapons were found last Thursday by the USS Monterey missile cruiser and the US Coast Guard Advanced Interception Team (AIT). During a “routine inspection in international waters” on an unknown “dhow” (a traditional Arabic sailboat used in commercial activities)Carried out “in accordance with customary international law,” according to the memo.

After the transfer of all the illegal cargo to the American ship, a two-day process, the sailing vessel was “evaluated” in terms of its navigability, and After her crew was questioned, her crew was provided with food and water before they were released. “

A video posted on the Fifth Fleet’s Facebook account shows thousands of weapons spread out on what appears to be the deck of the USS Monterrey.

Central Command added that It is still investigating the source and destination of the weapons. The materials are in US custody pending their final disposal. The evaluation of results will be a joint effort between institutions.

Bahrain, a small island nation in the Persian Gulf, is home to the headquarters of the United States Naval Fleet. The base and navy personnel deployed there are key to overseeing and maintaining security in a number of countries, or about 2.5 million square miles, from the Persian Gulf to parts of the Indian Ocean, through the Red Sea and the Gulf of Oman, according to US data.

The United Nations searched Syria and found a chemical substance hidden by the Bashar al-Assad regime, through which it could manufacture toxic weapons.
The United Nations confirmed that the poisoning of Alexei Navalny was classified as the use of chemical weapons