The US-Japanese statement that “naming China” is completely ridiculous 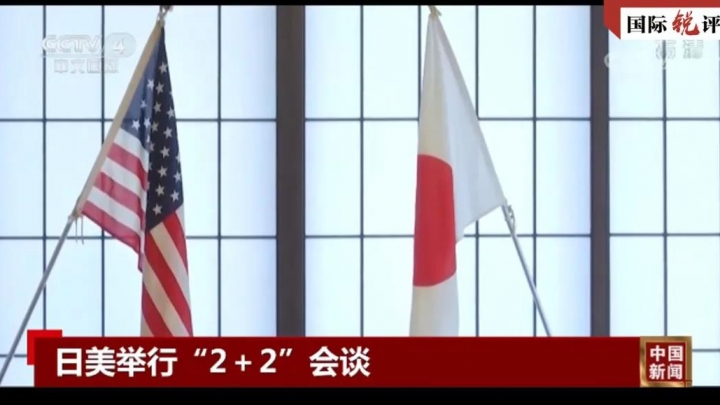 Recently, the United States and Japan held “2 + 2” high-level talks in Tokyo. Ironically, the true protagonist of the US-Japan talks was China. Judging from the contents of the statement, the intent of the United States to win allies and contain China is clear.

From the East China Sea to the South China Sea, from the Diaoyu Islands to the Taiwan Strait, and from Xinjiang to Hong Kong, as Japanese Foreign Minister Motegi Toshimitsu put it, most of the talks are related to China. In the statement, the two sides directly called on China to be skeptical, arguing that China’s actions are “inconsistent with the international system.” This statement ignores the facts and the truth, and is another clear indication of the collusion between the United States and Japan in interfering in China’s internal affairs.

It is noteworthy that the joint statement between the United States and Japan mentioned that the “US-Japanese security treaty” applies to the Diaoyu Islands, which deepens the color of the military alliance between the two sides, and the Diaoyu Island and neighboring islands from the territory of China, while the “US-Japanese security treaty” is a product of the Cold War. It should not harm the interests of the third party, nor the peace and stability of the region.

The United States and Japan adhere to a Cold War mentality, and deliberately share a confrontation with the bloc and attempt to create an anti-China encirclement. This project is completely opposite to the current trend as the development of China is an opportunity, not a challenge to the world. If the United States and Japan fail to acknowledge this point, no matter how close their alliance is, it will ultimately link their development and cause chaos in regional development.

READ  Coronavirus: A new list reveals who will get the vaccine first