The United States renews the security guarantee for Japan 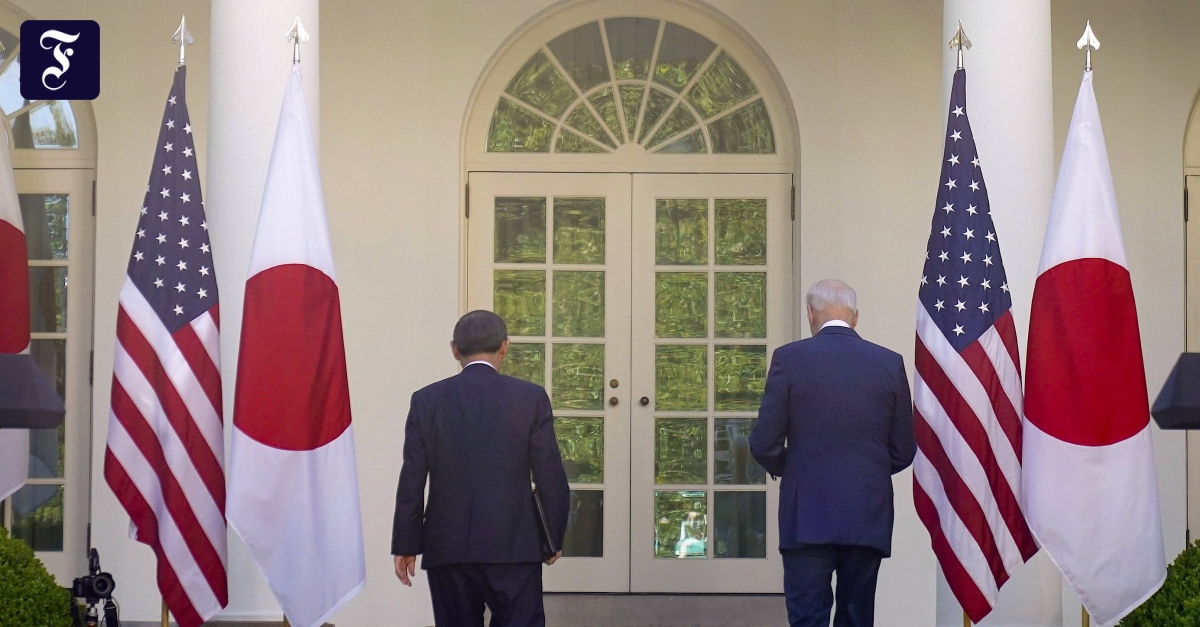 FifthAgainst a backdrop of heightened tensions with China, the United States has renewed its security guarantees for Japan – including the use of nuclear weapons if necessary. According to the US government, the promise to protect also applies to the Japanese-controlled Senkaku Archipelago in the East China Sea, which China also claims for itself. After a visit by Japanese Prime Minister Yoshihide Suga to the White House on Friday, President Joe Biden said the two countries are determined to work together “to meet the challenge of China.” It is about ensuring a peaceful, free and open future of the Indo-Pacific.

The United States, with its nuclear arsenal, is the protecting power of Japan. Thousands of American soldiers are stationed there. The special role of the coalition was also expressed in the fact that Suga was the first foreign guest since Biden took office on January 20 to personally welcome him to the White House.

A joint statement after the meeting said that the United States would not hesitate to fulfill its commitment to defend Japan “using the full range of capabilities” – including “nuclear” capabilities. In light of China’s move toward power in the Indian and Pacific Oceans, Suga stressed that both countries oppose any attempts “to change the status quo by force or coercion.” He stated that this applies particularly to the South China Sea and to the “intimidation” of neighboring countries, according to the translation.

Increasing numbers of Chinese ships off the Japanese islands

Washington condemned “any unilateral action aimed at undermining the Japanese administration of the Senkaku Islands.” The uninhabited islands of China and Taiwan are known as Diaoyu and Diaoyutai respectively. Recently, an increasing number of Chinese ships have been seen in the waters surrounding the archipelago. Given the assumed gas and oil reserves, rocky islands are of great strategic importance. Taiwan also demands it for itself.

The East China Sea is the name given to the waters between China, southern South Korea, Japan, and northern Taiwan. On the other hand, the South China Sea is roughly located between southern China, Taiwan, the Philippines, Vietnam and Malaysia. Under Biden’s command, US warships increased their operations around Taiwan and in the South China Sea. Chinese warplanes violate the Taiwan air defense limitation zone on an almost daily basis.

Biden and Suga have not commented directly on Beijing’s attempt at military intimidation against Taiwan, which considers the Communist People’s Republic of China to be part of China. In their joint statement, the two countries emphasized the “importance of peace and security” in the Taiwan Strait. Biden and Suga also announced their intention to work with South Korea to meet the challenge posed by the North Korean nuclear program.