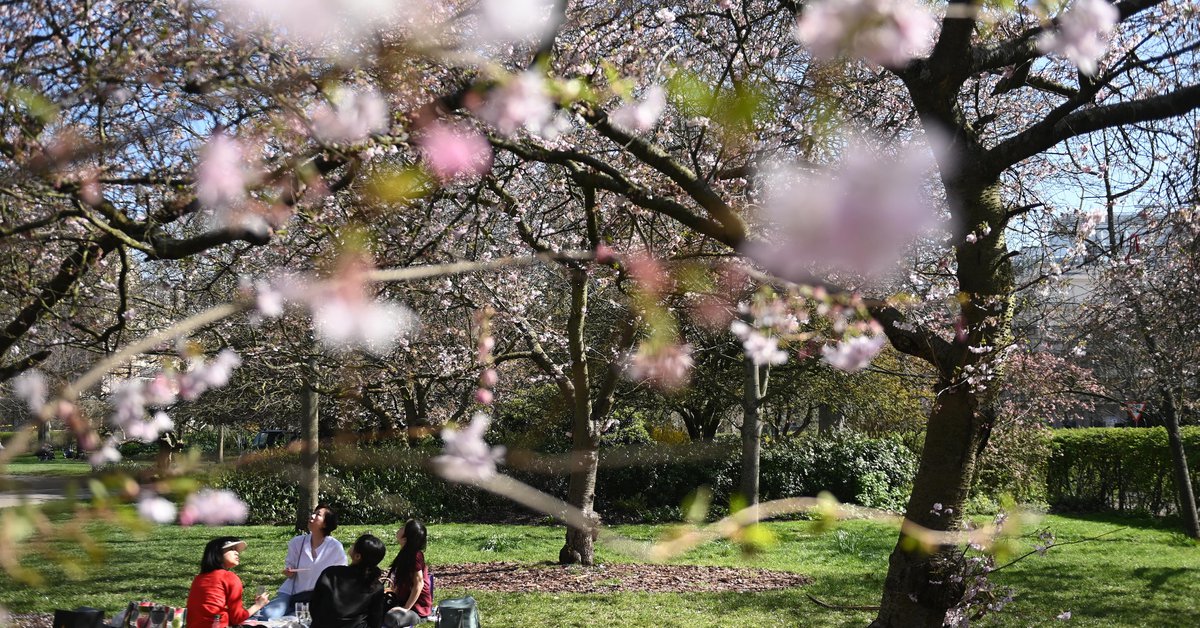 The United Kingdom, on Tuesday, recorded its highest single-day temperature in March in 53 years, at 24.2 degrees Celsius, according to data from the British Met Office. EFE / EPA / NEIL HALL

London, March 30th (EFE). The UK recorded its maximum temperature for one day in March in 53 years on Tuesday, hitting 24.2 ° C, according to data from the British Met Office (Bureau of Meteorology).
The good weather is expected to continue until next Thursday, although temperatures will drop during the weekend, which includes the holidays of Friday, April 2 and Monday, April 5.
24.2 ° C was reached today in St James’ Park, central London, this afternoon, according to that office.
It is the highest temperature on record this month since 1968, when thermometers reached a maximum of 25.6 ° C in the city of Maypal, in the English county of Cambridgeshire.
The Met Office expects the temperature to reach 25 degrees on Wednesday in London and the southeast of the country, in conjunction with the easing of confinement measures in England since Monday.

READ  The White House says Trump and the CDC are “very much” on the same page, despite the tweets