The Top Five Players to Watch in NFL 2020 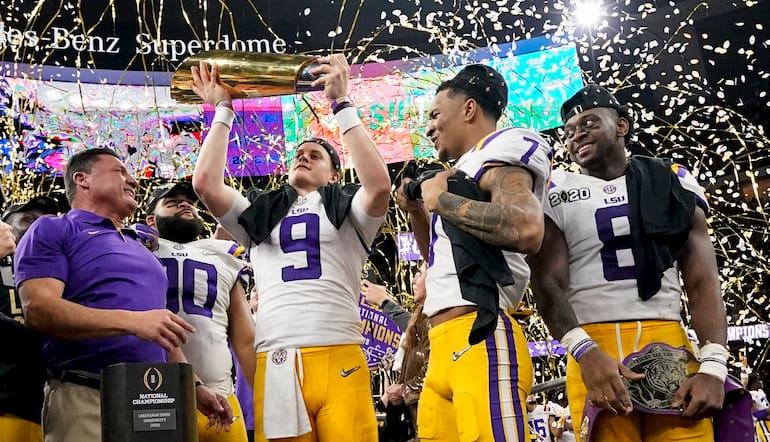 After a series of delays and setbacks, the 2020 NFL season is finally set to get underway on September 10, and as ever all eyes will be on the Super Bowl in February.

There will be plenty of notable absentees, with as many as 67 players deciding not to play this season for health reasons. However, there is still plenty of quality on rosters across the land, and all of the big hitters will be lacing up their boots during the new campaign.

For information purposes and to help you set your fantasy teams, here are five players to watch out for in NFL 2020.

Patrick Mahomes, Tom Brady, Lamar Jackson….you probably know about those guys already. Maybe 2020 is the year that another star steps out of the shadows of those greats and stakes his claim for an MVP slot.

Russell Wilson is an outstanding quarterback – certainly one of the best running QBs in the business, and if he can just up his pass success even just a fraction then the Seattle Superhawks enter the Super Bowl conversation in a more forceful way than they are already. At +2000 in the latest outright NFL betting odds 2020, the 32-year-old will be key to ensuring his franchise maintain their ‘dangerous outsider’ tag.

He ranked above Mahomes and Brady for total yards in 2019 and threw 31 touchdown passes – only Jackson and Jameis Winston served up more.

There can’t any doubt that Michael Thomas is the best receiver in the NFL right now – his best offensive player of the year award in 2019 was testament to that.

The New Orleans Saints man took 149 catches last season, made nearly 400 yards more than any other receiver and crossed the whitewash for a TD on nine occasions – in short, he’s one of the most reliable offensive talents in football.

The Saints will surely go well in 2020 once again, and Thomas could yet grace the Super Bowl stage – a fitting platform for his talents.

It’s all conjecture and speculation, but if Christian McCaffrey played for one of the NFL’s big boys you suspect he would be held in greater esteem than he already is.

As it is, the Carolina Panthers man enters the new season on the back of a 2019 campaign in which he recorded 1,000 yards both on rushing and receiving.

Ranking third for total yards and fourth for yards per game, McCaffrey also delivered 19 touchdowns for his team – only Aaron Jones could match that tally.

There are many pundits who expect the San Francisco 49ers to go very well this season, and chief to their plans will be the form of George Kittle.

What a versatile performer the tight end is. Only Travis Kelce and Darren Waller gained more yards in offense as a TE, and he even helped his side’s cause with five touchdowns.

But it’s his ‘dirty work’ that sets Kittle apart. Arguably one of the finest blockers in the business, Kittle is able to influence games with and without the ball.

Defensive players generally don’t get the headlines they deserve, so here’s a shoutout for the fine work of Aaron Donald.

READ  Washington releases first team merchandise, and it's possible there are clues for the franchise's future name

A machine at the heart of the Los Angeles Rams defense, the power game of Donald helped fire the franchise to a very rare Super Bowl appearance in 2019.

That didn’t quite go as planned, but the 2019/20 season was another stellar campaign for the 29-year-old, who continued to enhance his reputation as something of a quarterback sniper.

The two-time defensive player of the year makes life very difficult indeed for his opponents, and while not as ‘flashy’ as the other stars on this list he is very much worthy of his place.