The Stockach Room: 20 years of the Euro: When people line up at Stockach banks on New Year’s Day 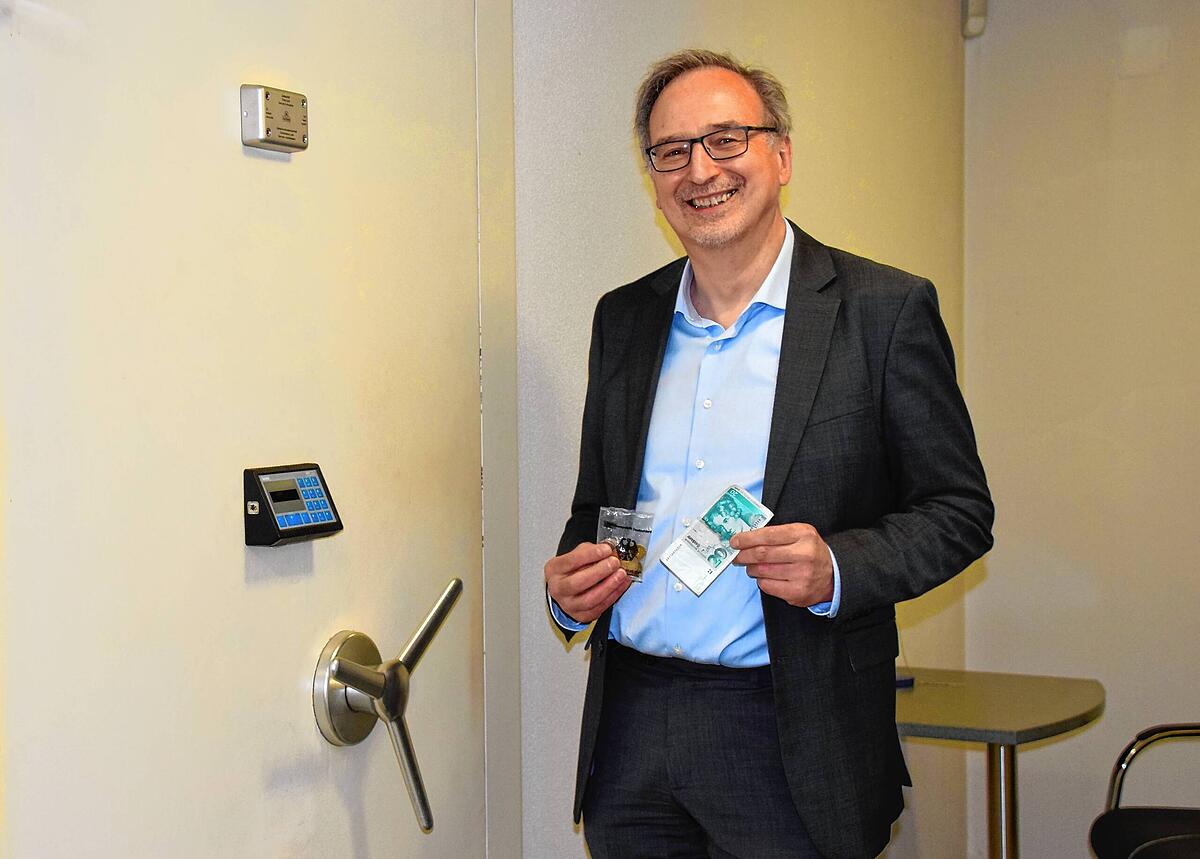 In the sharp midnight of 20 years ago, it was time: ATMs began issuing the first euro bonds on January 1, 2002. Starter sets with coins were available two weeks ago and were in great demand at Stockach Bank branches. “The machines were programmed by the computer center so that they issued D-Marks until midnight on New Year’s Eve and then after midnight,” explains Gerhard Seeberger, bank manager at Volksbank Berlingen-Stockach. However, the Stockachers would initially have had small amounts and bills so small that the trade would not need much alteration.

Volksbank opened both branches on New Year’s Eve, says Seiberger: “Customers stood in line for hours.” It was actually open from 10am to 2pm but the staff at the cash registers served people until everyone was gone. Seeberger supported his colleagues as a New Year’s point of contact. However, he had to deal with currency conversion, mainly through questions from corporate clients about account transfer or the like.

Sabine Loehr, individual customer advisor at Sparkasse in Stockach, reported on New Year’s Day 2002 that branches were open. “At the beginning of the year there was a higher frequency at our branches and always still is, but the waiting lists at the beginning of 2002 were significantly longer,” she says.

Money was in the bank earlier

Preparations for the euro change began too soon, according to Seiberger. There were business groups and media events throughout 2001. Then the new money was delivered to bank branches three months before the start of the 2001/02 year, Seiberger said. That’s why you had to keep extra space in the safe and increase your deposit amounts accordingly. “We were allowed to issue coins to retailers two months before New Year’s Eve,” he says. However, all companies had to commit in writing not to use the new money before January 1, 2002.

Regarding the challenges, Sabine Loehr recalls that two cash registers had to be kept in the branches – one for the German mark and one for the euro. “At the same time, storing the double cash stock was certainly a particular challenge.”

The first coins came in the starter set

From December 15, 2001, private customers will have the opportunity to acquire European starter kits. This bag holds €10.23, which was available for 20 D-Marks. Interest in these groups has been very high, according to Sieberger. Sabine Loehr says this too. She adds that there were 20 coins in this set, which would have been worth €10.23. About 53 million copies of these starter sets were released in Germany at the time.

Sabine Loehr explains that preparing for the currency conversion required a lot of work. The introduction of the euro was very exciting for everyone involved. “The population’s interest was very high, so people were asked about the new banknotes and coins even before the official change of cash,” she says. The euro was introduced as book money on January 1, 1999: “From that day onwards, accounts could be kept in euros, and then securities were also priced in the common European currency.” Set the new currency.

The subsequent delivery of euro banknotes and coins was said to have taken place under the strictest secrecy. You well remember that as of January 1st there was a lot of interest in new coins and some coins. “Forex was particularly interesting here and it was scarce at first,” she says.

And what happened to D-Mark?

Customers were able to exchange D-Mark for euros. Even today someone still comes up with the old coin from time to time. But that only happens four to six times a year at Volksbank, Seiberger says. Sometimes people still find something in homes, especially after inheritance. In some cases, customers will still have the option to exchange German marks for free, but the coins that are found will often end up in donation boxes. At the Landeszentralbank branch in Villingen, everything can still be exchanged for euros, regardless of whether it is bills or coins.

Sabine Loehr can also confirm: “Even today customers come to us from time to time who want to exchange German brands for euros.” After converting the currency. “According to Bundesbank estimates, there are still about twelve billion D-Marks in circulation,” explains Sabine Loehr. “We now only offer currency exchange to our customers. We exchange live banknotes directly on site, and send coins to the Bundesbank.”

Looking back, Gerhard Seeberger, who also spoke to his current and former colleagues about currency conversion 20 years ago, says that inflation with the euro is at the same level as it is with the German mark. So there were no fears of an increase. The change went better than expected.

It was just a lot of extra work for the cashier, it took a lot of coordination, there were two cash balances at the same time and a lot of old currency had to be sent away. Many companies later returned coins they would not have used as change.

Four memories for the first time with the new currency euro

An editor and three freelance journalists from the local Stokachs editorial team tell tales about the introduction of the euro and memories from the early days of the new currency.

See also  50 years of pocket calculators: a harbinger of PC