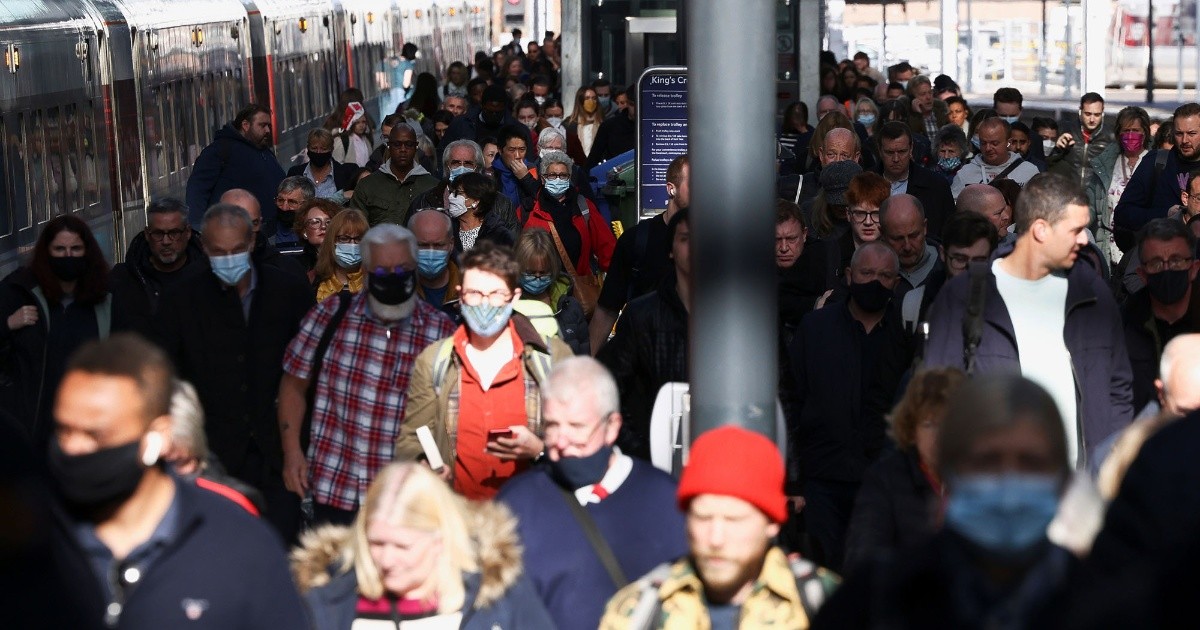 London. Yesterday, October 21, the United Kingdom recorded more than 50 thousand new cases of Covid-19 virus for the first time since mid-July, confirming the deterioration of the health situation that is causing increasing calls for the re-imposition of restrictions such as the use of masks inside homes.

The pandemic, lost for weeks of news and conversation, is back on the UK agenda.

The country has one of the highest infection rates in the world, matching levels of last winter’s wave, which led to a four-month lockdown.

Hospitalization and mortality, lower but increasing.

The number of new daily infections rose to 5,2009 on Thursday and deaths to 115, resulting in 139,146 deaths since the outbreak of the epidemic in a country of 66 million people.

The government on Wednesday acknowledged that 100,000 cases per day could soon be reached, but refused to reimpose some restrictions that were lifted in July, insisting instead that young people be vaccinated and those over 50 receive a third booster dose.

The British Medical Association accused the government of “willful negligence”, calling the current situation “unsustainable” and calling for immediate action.