The plot against America presents the second episode 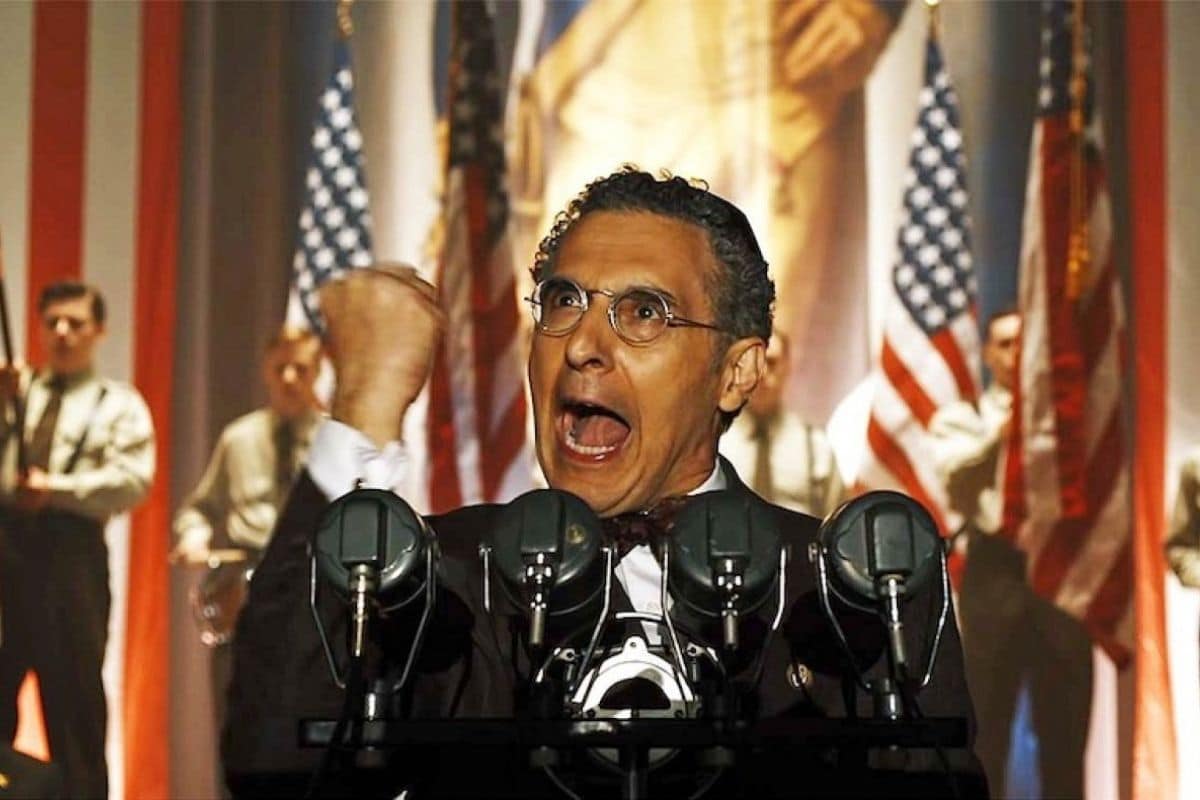 The second episode of The Conspiracy Against America will air on HBO on Friday, January 21, prime time on Rai 3 at 9.20 p.m. An important episode to get to the heart of the plot.

Here’s what we know about the second episode of The Plot Against America. Things were already starting to go wrong for the Levin family. Anti-Semitic and xenophobic hatred is spreading and things are only going to get worse.

read: The Plot Against America Where It Was Filmed: Places to Discover

The Conspiracy on America Episode 2: Preview

The second episode of The Plot Against America is particularly relevant. In fact, it lays the foundations for the drama that would later be thrown on the Levin family. It’s October 1940 and Lindbergh’s supporters have grown exponentially. An alarming situation to say the least. Sandy identifies himself with a public speech given by the candidate for president of the United States. Next to him are Evelyn and Bengelsdorf. The two will formalize their relationship, as he is introduced to her mother.

Alvin gets a job as a chauffeur with a wealthy businessman, Abby Steinheim. All thanks to Hermann’s input. However, he soon realizes that he is a corrupt man. Bess tries by all means to help her family and finds a job in a high-end store, where, however, she has to deal with Lindbergh’s supportive clients, who make her life impossible.

The Earl continues to mislead Philip, who prompts him to steal and more. Bingelsdorf is increasingly involved in the pro-Lindberg movement, to the point of speaking on stage at a political rally. At his side is Evelyn. All this greatly disgusts Alvin, who quits his job and joins the Canadian Army. Then the nightmare comes true. Lindbergh wins election by defeating Roosevelt.

We at Google News: All newsletter on the program click here