The old stability pact will never come back. 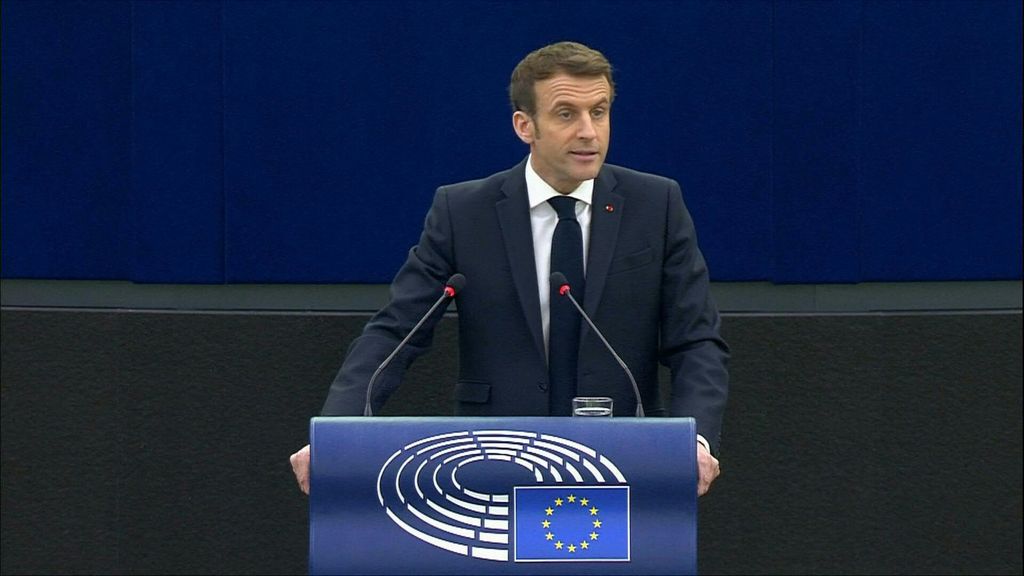 Macron: “The old stability pact will never come back”

Strasbourg, Jan. 20 (Askanews) – There will be no return to normality for EU rules on public accounts, once the pandemic crisis is out. The European Union needs huge investments, not only for green and digital transformation, but also for its agenda of autonomy, strategy, geopolitical framework and defence. And the funding will be private, but also public, both at the national and EU levels, and the new rules will need to take that into account, and create ‘new rules’.

This is what French President Emmanuel Macron said briefly in Strasbourg, in his response during the debate at the plenary session of the European Parliament to introduce the six-month rotating presidency of the European Council. Macron adopts and complements the proposed amendments to the Stability and Growth Pact, having signed last December 23 a letter in the Financial Times with Prime Minister Mario Draghi.

To respond to the crisis caused by the COVID-19 pandemic, Macron noted, “As a European, I must say that the European Union has adopted” a very effective and pragmatic policy. We learned the lesson of the past, suspended the normal rules (the EU Stability Pact and Competition Policy, ed.) in order to act, and equipped ourselves, which is unique in our history, with a recovery plan that allowed Europeans to invest heavily.”

“The question – continued Macron – will now be a return to normality, but this normality will not be the same as it was before the crisis, because I believe that we must address the macroeconomic issue in the light of building our European independence, and we must also do this in light investments that are indispensable about us.”


“Those on the climate agenda – as the French president recalls – are huge investments, national and European, and then there are investments in the technological and digital agenda as well, and the social agenda and accompanying it. The geopolitical and defense agenda also require significant investments.” This ‘non-exhaustive’ list illustrates the ‘importance of investment policy’.

Macron indicated that this is the discussion we should have. I informally proposed to EU heads of state and government to hold a strategic discussion in March. It is necessary to devise new rules that preserve the elements of budget convergence and responsibility, especially for countries that share a common currency, but also assume that besides this, we must all bear it, an ambitious policy and investments, without which we will move away from the Chinese and American powers who are making a lot of investments in many areas “.


“If we want a real space strategy, a strategy for semiconductors, artificial intelligence and quantum technologies, which is not comprehensive, we must have this investment policy,” the French president concluded in his first response.

In the discussion about the revision of the budget rules, Macron said, returning to the topic in his last response, “Some want a very strong opening and a new policy that bypasses the spending categories in our rules, or reinvents them, while others want to return to the budget rules that prevailed before” .

I, as the current president, do not want to expect to discuss the European Union. I would just like to point out – specify, with reference to France – that there has never been a cult, or a myth, or the goal of zero debt or deficits, because in our macroeconomic situation it would be countercyclical.”

He asked, “Can we get out of this crisis and return to the exact same situation? He stressed that we remember that this time we had much lower economic disparities than in the previous crisis.” While in the previous crisis, which later turned into a sovereign debt crisis, We had a fragmentation of Europe, this time we all did a policy of solidarity investments, in all countries, regardless of political sensitivities.”

“We have seen – as Macron recalls – a policy in which we have all invested to support our economies, and Europe has also invested in common matters, and also with the prospect of new private resources” of the group’s budget. “For me, this is good policy, because it is different from what we did together at the time of the financial crisis: we had a policy that left adjustments at the national level, we left the eurozone atomized, we were late in getting a good monetary policy response and there was no elaboration of budget policies.”

As a result, “Europe has taken much longer than the United States to recover from a crisis it did not cause, weakening its productive capacities and causing its economies to diverge. But in this crisis we did not make that mistake. In terms of GDP, among other things, France returned to its Pre-crisis levels. That is why – the French president emphasized – I am defending the policy that we have collectively pursued.”

“I do not want to anticipate – continued Macron – the debate that will take place at the end of this crisis, but I would like to return to the strategies that we all defended, regardless of sensitivity,” which differ among members. Countries. “We all say we need to invest to combat climate change, that we need reforms, regulations, and bans. There will probably be disagreements about tempo and proportions, but in any case, we all agree on the fact that we must invest in innovation, in transforming the production chain, in The accompaniment to the rural areas, to the middle and popular classes, in which we sometimes place great restrictions. All this requires a joint investment.”

The French president insisted that “in order to have more technology in Europe, we need joint investments, whether European or national. For this defensive Europe to be stronger, and I agree that we must go further, investment is needed” .

So – continued – we must look at the budget terms. And I think in light of the investments we need we can have a common analysis: What investments, for example, should be the responsibility of the private sector? Because part of it will be private investments. On the other hand, public investments will be necessary, and if we want to remain independent and ambitious in terms of climate, military, social, and industrial, we must make these investments. Are they a community? Are they citizens? It’s a debate we have to have. At that point we will have to equip ourselves with the right tools.”

“In light of this debate, we will have to come up with, in fact, a new macroeconomic policy, where we will have to deal with these priority investments for all these large sectors, either at the EU level or at the national level, in another way; but in any case , we must find this financing, whether it is at the community level, with new private resources that will gradually be dedicated to its financing, or at the national level. But we still have to give ourselves enough time, because we know that our generation will have to finance historic change on many of these fronts “.