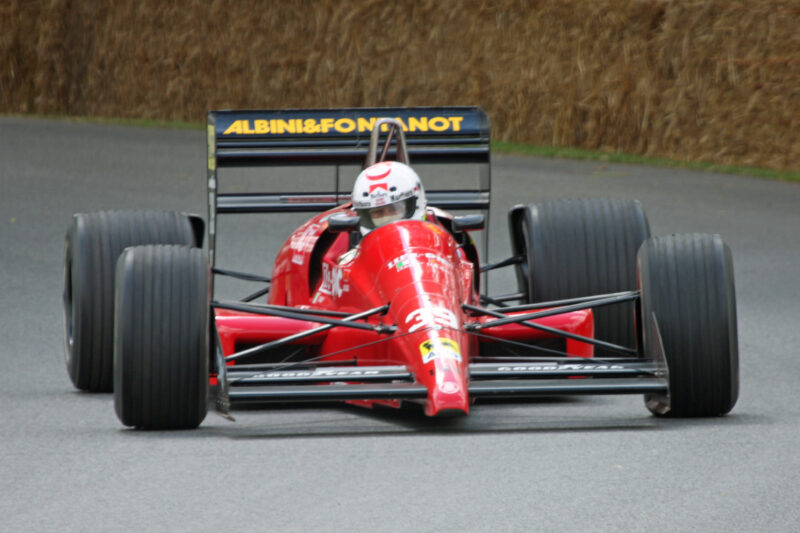 Another episode of the “Disappearing Stables” column, the stable we are going to talk about today may be known to few people with its short history in Formula 1.

Today we are talking about LIFE, which was born from Italian businessman Ernesto Vita. Due to the dearth of budget and human technical materials available, Life was able to build only one seat and hire only one driver.

The driver and car were presented at the Vallelunga circuit, where the car was also occupied for a few laps.
The event served above all to prove to the sponsors that F190 was running and the business was going well: young Brabham drove it slowly as the team was unable to damage the only car available.

The first real tests took place on the racetrack at Monza, where the car proved to be reliable but very slow. Still in fear of damaging the car, pre-season testing was short-lived, after which the team presented itself for the first race of the 1990 World Championship, the United States Grand Prix.

At the US Grand Prix in particular, the adventure of life in Formula 1 begins in the worst possible way. In pre-qualifying after only four laps, Gary Brabham was forced into retirement due to a faulty electrical system.

The next race was held in Brazil and the situation did not improve, as the car stalled during preliminary qualifying after practically only covering the pit lane: the battery was actually discharged. Although the Italian technicians turned it on the night before, the circuit crew had disconnected the power to the drill to carry out the work, so the battery did not have time to fully charge.

Later Gary Brabham decided to leave the team.
Leaving Vita unmanned, he proposed to Bernd Schneider to take over, but he refused the offer, and Scarpini was also called up but he was also unavailable. The choice fell on Bruno Giacomelli, who was able to obtain the super license and thus fit to compete.

However, the car was not able to cross the pre-qualifying threshold, even in Monaco the time that Giacomelli achieved was not enough even to compete in Formula 3.

So far unmotivated and completely lacking in resources, she didn’t show up in the last two races of the year, thus ending her Formula 1 adventure. The car was finally put up for sale and bought by a collector.