The guild wants to offer more, but space is lacking – Newryd 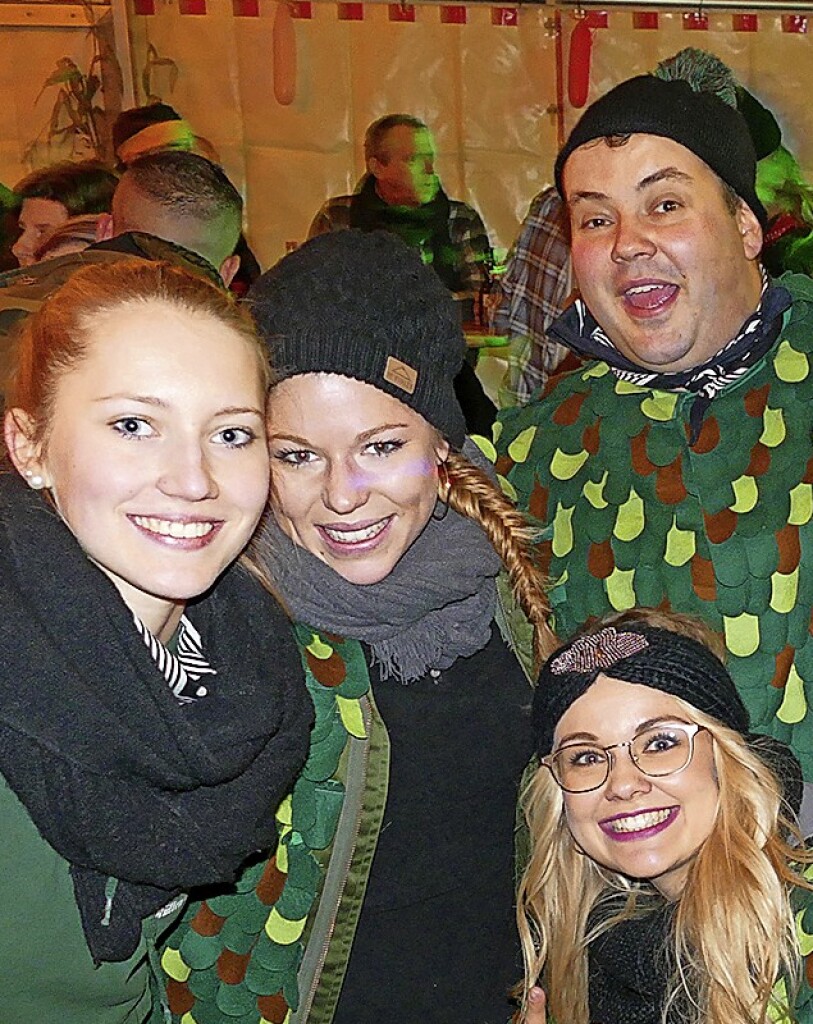 Hopfendrescher Müllen searches in vain for a permanent home.

Hopfendrescher Müllen guild idiots can use the room next to the multi-purpose hall for general meeting and training of the dance group of 15 people; All meetings, meetings and other procedures including equipment storage must take place in the members’ homes. So the Fool Guild had been looking for a permanent club for a long time. The problem is currently bothering the board even more because the union wants to position itself better for the future. The Board of Directors has now announced this goal at the general meeting.

“It’s becoming more and more difficult to energize people for volunteer work. It’s more likely that something will be found that works for an hour or two a day. But for everything in the long run, it’s very difficult,” explains Chairman Dirk Petersdorf BZ. In order to facilitate members’ commitment, a permanent club room is needed.

The association wants to offer something for children and young people

In addition, the union wants to expand its framework offerings in order to make participation in the association more attractive to new members, specifically to all age groups – not least, the children’s pool is now completely vacant. “We want to provide regular campaigns for children, youth and families. For example crafts or introducing children to sewing costumes; or young people can do something like a pinball machine for a club meeting; we can set up a football table and simply create a meeting place for young members to create,” revolves in the board of directors.

The Müllener Hopfendrescher has about 130 members. About 80 of these are children and young adults, 15 of them in the dance group and 15 to 20 in the mini group. Petersdorf admits: “This is always a counter-argument that strikes us against requests for our rooms: that many of our members are not from Müllen, but from other regions and sometimes outside of Neuried. But we have our union roots in Müllen and want to stay here too”, stresses Petersdorf.

Also, shared use of the parish meeting center is not a viable option. For the purpose of presenting attractive offers, the syndicate needs fixed rooms. Alone to standardize and store items: “Because the fact that members also do this at home makes it hard to find someone.”

Hopes for the “Adler” region

The union has been in talks with the community and local authorities for four years, according to Dirk Petersdorf, and their hopes are currently in the area of ​​the former Adler lodge, which was bought by the community. But its new use is still quite open: in February 2020, the municipal council rejected the management and local council’s proposal to allocate the layout of a community center there to clubs, perhaps a village shop and a local administration, but also project office apartments. The opponents of the majority put forward a list of municipal budget priorities. And there the parish hall in Schutterzell came first, then the North Ichenheim bypass second, the funeral hall of the elderly home was still hanging. At that council meeting, Moline Mayor Hilda Worth Scheele’s argument about repeatedly placing projects among the priorities, such as managing the old station in a nursing home, was also futile.

For jumpers, who were established as a guild in 2005, it is especially important that they are able to rent a suitable club house themselves. Dirk Petersdorf: “We will make room for others if necessary.”