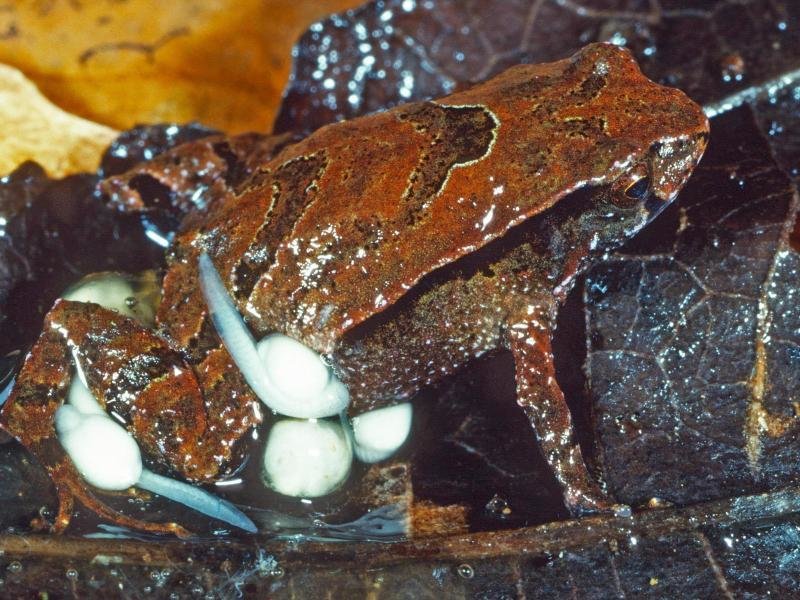 They are only 16 millimeters in size and live on a mountain – and researchers in Australia have made an ‘incredible discovery’.

SYDNEY (AP) – In a newly discovered frog species in Australia, males wear tadpoles on their bodies.

Researchers found the tiny animals, which are only 16 millimeters in diameter, on a mountain in Wolumbine National Park. This is the case with only four of the 4,000 frog species known worldwide, the NSW Department of Environment quoted scientist Michael Mahoney of Newcastle University as saying.

Genetic analyzes by the university and the South Australian Museum have shown that it is a separate species closely related to the ‘Assa darlingtoni’ (the pouch or sciatic pocket frog). The small amphibian, which appears to only live on an area of ​​about 2,000 hectares on Mount Warning (called Mount Wollumbin by the aborigines), has been named “Assa Wollumbin” based on where it was discovered.

Regional Environment Minister Matt Kean said the NSW government had taken immediate action to protect the young population. “This amazing discovery shows how little we know about the world around us,” he said.

According to Kane, the small size of its population makes the frog very vulnerable to the effects of climate change. “To ensure the survival of this remarkable species of frog, which lived undetected in a cold forest, a conservation action plan is being developed.”

Wollumbin National Park is located in the Gondwana Rainforest on the border between New South Wales and Queensland. The rainforest regions have been a UNESCO World Heritage Site since 1986.