The global cryptocurrency map, designed by the Atlantic Council 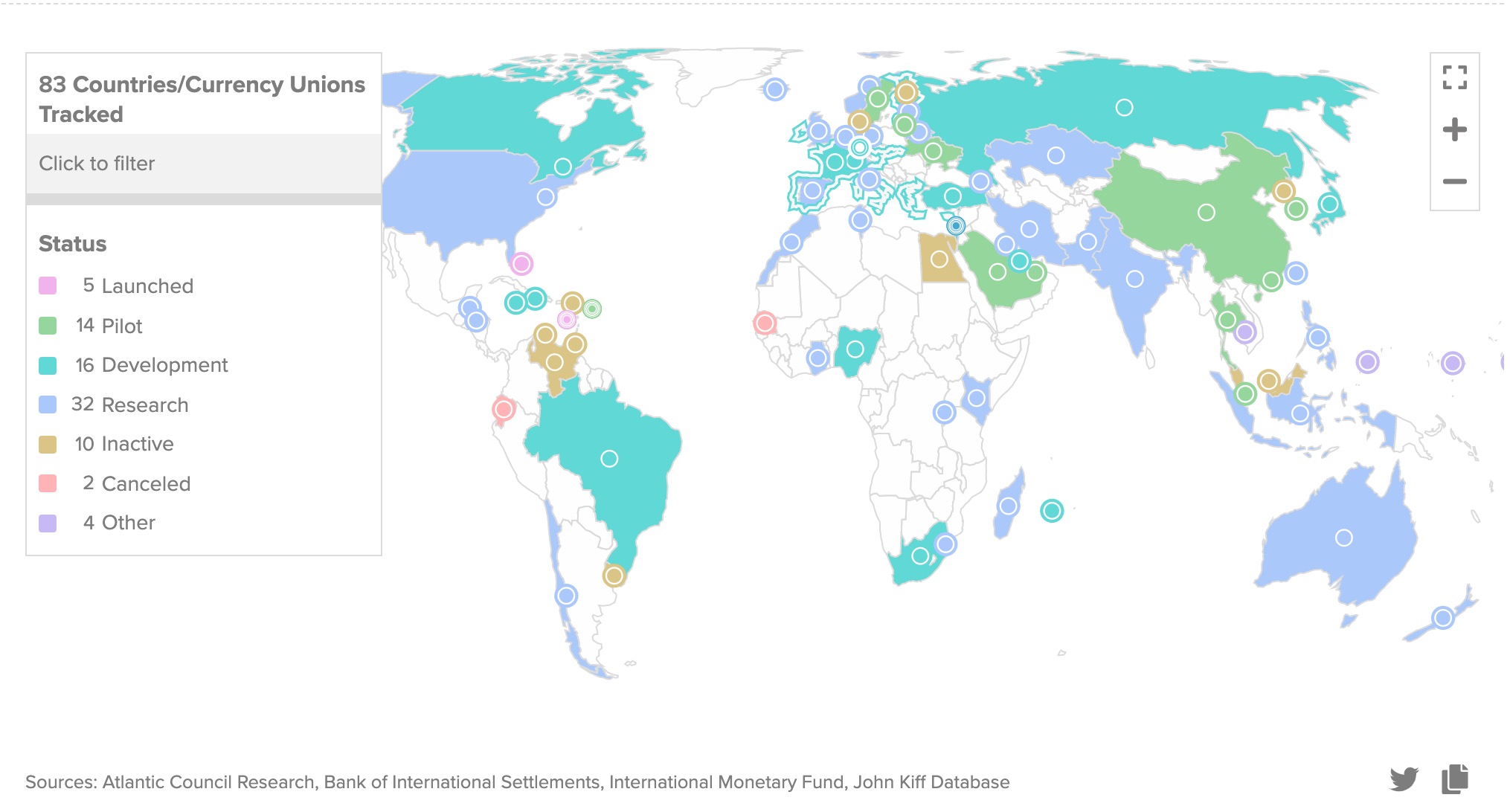 China is ahead of everyone else, but the fate of the digital currency depends on the United States. And 81 other countries are studying a new electronic currency, at different levels of progress

The world is rapidly moving towards digital currencies. There are those who call it the currency of the future, those who aim to make it, like China, an instrument of absolute control over transactions and payments. Or who, like Europe, aims to make virtual currency a secondary and parallel instrument to traditional currency. Something is definitely moving on a planetary level. The Atlantic Council established a tracking system, global map A country that directly targets central bank currency and fiat currency.

Background: Central bank digital currency is probably not at the top of the minds of consumers in major economies, perhaps more interested in catering to their needs. “However, soon we may have no choice but to think about it, as 81 countries, which account for more than 90% of global GDP, are now exploring the development of a digital currency,” the report states.

However, not all of them are at the same stage of progress. The United States, for example, “is lagging far behind in much of the world and may miss the opportunity to take a leadership role in a potentially increasingly rapid global transition to some form of digital currency.” The stakes are high and the future of virtual currencies itself may depend on the United States.

It is clear that the acceleration of the United States towards a virtual currency is necessary for the purposes of a certain regulatory framework at the global level. So far across the Atlantic, they certainly weren’t idle, as they were told Formiche.net. But this is not enough. “If the United States does not help set standards and provide guidance on issues such as privacy and cybersecurity, we may find ourselves in a fractured digital currency ecosystem that threatens the smooth functioning of international finance,” he explained. Josh Lipsky, director of GeoEconomics at the Atlantic Council. Well, Washington has a snitch on her hand.

in the Odin region

But what is the current situation? Well, China is a step ahead among the major world powers, having already launched the demo digital yuan in April and with some sectors of the economy already dealing with this currency. Another 16 countries are in the full testing phase or have begun, while another 15 have opened the construction site.

Back in the United States, there is also Anonymous Jerome Powell. In fact, the Federal Reserve Chairman has repeatedly stated that the US central bank will not issue a digital currency without congressional approval. The report’s conclusion is almost a foregone conclusion: “The United States does not need to create a digital dollar immediately to have a direct impact on the development of digital currencies. But they must commit to setting global standards for security and privacy.” Ball in Washington.