The first step to the ancient power? Rafael Nadal’s return to sports 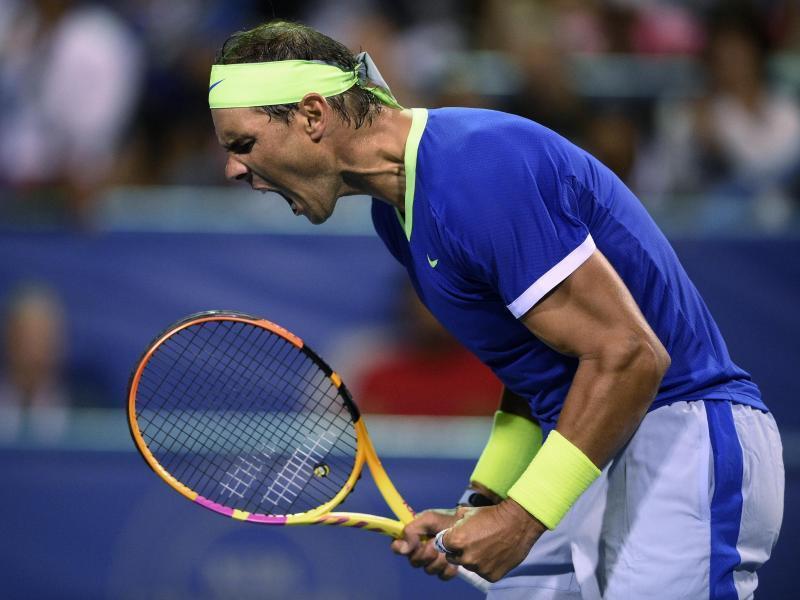 ABU DHABI (DPA) – “He’s back!” In a petition letter, the organizers of the Mubadala World Tennis Championships announced the news that tennis fans around the world have been waiting with so much anticipation.

Rafael Nadal returns to the tournament in Abu Dhabi after the 35-year-old Mallorca had to stop for more than four months due to a complex foot injury. Nadal was last on the court at the beginning of August at the ATP tournament in Washington, after the loss to South African Lloyd Harris, prematurely ended his season – the pain in his left foot was excruciating.

More than a quarter of a year of rest

Neither Wimbledon, nor Olympia, nor the US Open, nor the Laver Cup, nor the ATP Finals: The list of highlights that Nadal has missed this year is long. Only two championship victories were recorded in his stats last season, in Barcelona and Rome on his favorite shallow sands. At the Australian Open, the quarter-finals ended, at the French Open, the most important event of the year for Nadal, there was a bitter defeat in the semi-finals against the Serbian Novak Djokovic. Until then, Nadal wasn’t fit.

Now, after a hiatus of more than three months, Nadal wants to know again. The Spaniard is back as the first player from a notable injured trio with Roger Federer and Dominic Thiem. “I’m happy to be back here and to be on the court,” Nadal said in Abu Dhabi. He had previously trained at his own Rafa Nadal Academy in Kuwait.

The first images of Nadal’s training sessions around the world on social media look positive. Nadal moves well, and as always he makes a good impression. But whether the foot really holds up will make his debut on Friday, when Nadal was in Abu Dhabi after a round in the opener against Andy Murray, the Briton on Thursday against Dan Evans at 6:3, 6:2 won.

Nadal himself reduced the euphoria around him. “Honestly, my expectations are very low. It was a really tough time for me, Nadal said. “I just hope things get better every day and that I can play at the level I’m used to.”

With a return to the tournament, Nadal is already a huge step forward from his longtime rival Federer. The 40-year-old Swiss is still far from making a comeback and Federer likely won’t be expected until the summer lawn season. “At my age, a few months don’t matter either,” Federer said, and for him it was just a matter of bidding farewell to a great career.

Nadal, on the other hand, still has real sporting goals and wants to play for the title in the big tournaments again. Although he also now realized that it was likely that Djokovic would be the one of the Big Three to win the most Grand Slam titles in the end. But Nadal does not want to leave the field for the Serbian world number one without a fight. That is why he worked so hard to get him back. “When I’m healthy, I still have the strength to fight for the biggest goals,” Nadal said.

See also  NFL Week 6 will happen as planned, and no more positive test has been reported

After the tournament in Abu Dhabi, Nadal will head to Australia early, where he will participate in his first preparatory tournament for the Australian Open (17-30 January) in Melbourne from 3 January. At the latest in Melbourne you will see if Nadal can return to his old strength.