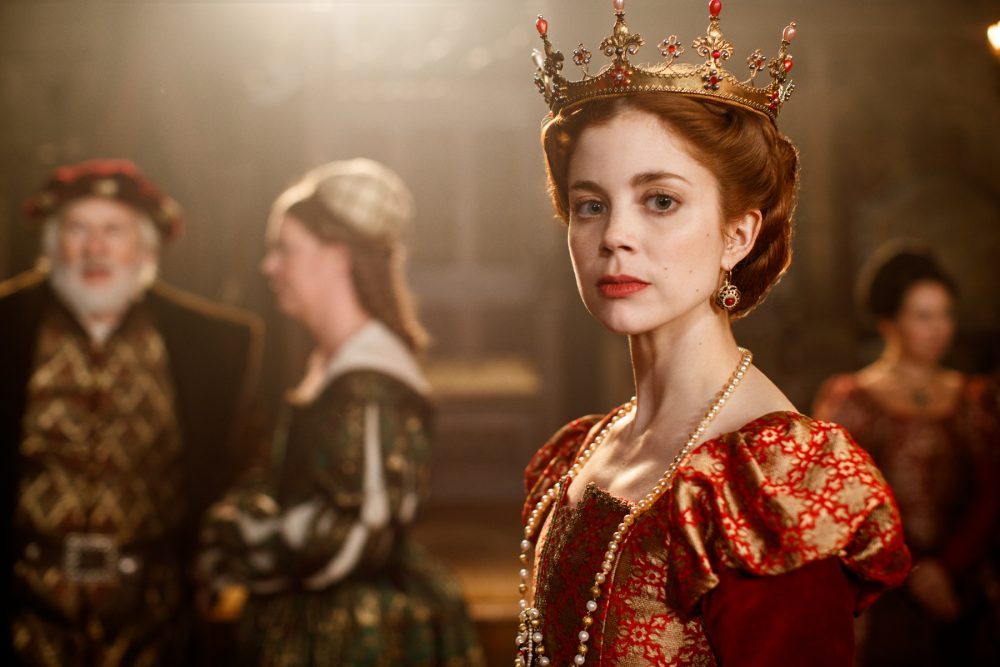 Brake alert: Do not read if you haven’t watched “Camelot”, the second season premiere of “The Spanish Princess”.

When the “Spanish Princess” returns for its second season, Queen Catherine (Charlotte Hope) and Henry VIII (Roery O’Connor) together rule the country as the Tudor House.

When the audience joins the royal couple, they are closer than ever; She gave birth to a royal heir. Her father, King Ferdinand of Spain (Antonio de la Torre), is coming to visit the royal court, and the costumes are as luxurious and luxurious as ever.

Bold prints, color and embroidery are all behind Pam Down’s look of Queen Catherine. Her silhouette is a lot more elegant now that she rose to power. But it is a rocky road ahead for Catherine, as the Spanish monarch must engage with different viewpoints while the royal heir is required to solidify her relationship and her future.

Here, Downe breaks up three major appearances from the first episode and hints at what awaits the honorary Spanish princess and her royal court.

“Catherine and Henry are young, sexy and in a good place. Ferdinand, Catherine’s father, is coming to visit and before introducing baby Henry IX, she was having this conversation with Lena, played by Stephanie Levy John, about what tiara she should wear,” Dawn says.

“[Catherine] She wants to convince her father and then the court because she has only become a queen. It is an impressive dress. The red worn echoes the colors Henry wears because they are close and interconnected. He is acting in this scene showing off her in court and her father. It also represents masculinity and her joy in being a mother.

“The fabric is made of sarees fabric. In that era, your dresses were hand embroidered, but that was impossible for time and money. I looked at Indian fabrics because sarees have lumps of meters when you make them, but what was cool about this particular fabric was that it had The gold was already embroidered. Then we sewed the pearls into the rest. We had a dozen ornaments, and it took a week from start to finish, but this is one of my favorite dresses. “

The royal court goes for Jousting and Catherine watches

“This was made of Indian fabric again, and I turned it over because the right side was really shiny. I bought the braid at a haberdashery in London. I bought silk from a local sleeve dealer,” Dawn explains Katherine’s look.

“ The brassy fabric in the skirt was a bit of experimentation and I wasn’t sure if it would work, but there was a lot of yellow, but it did give a lift to the outfit.

“What’s interesting is that I recycled it later in the series. The shape changed and removed the sleeves, but recycling was something I did a lot all the time.

“They are more established in the English court and their shapes are a little different this season. They have a simple silhouette and a lot of decorations on it.”

Catherine is in the church

The dress fabric is velvet [although it looks like silk], But it is upholstered velvet because it has more shine and does not contain the density of regular velvet. It gives the illusion of density and I used this fabric a lot later in the season, but with elaborate prints, ”Dawn explains.

She wore this green dress earlier when the army went to war. Henry also wears green and they both a lot together, and they still wear very similar clothes. Later, after her father betrayed them, she puts on this dress while wearing something completely different [and] She’s starting to see their loneliness split because her father betrayed them so he’s wearing something different.

“This dress has no pattern and is very simple due to the sentimentality of the scene when she was wearing it at church while she is with the child. I thought the red or gold dress would be too bright for that, and the green silk has a softer feel.

It is a tragic scene. I must say, it was hard to marry this idea that we see in the episode because there is so much brightness and joy all the time, and then we get to this penultimate scene with the baby and everything that happens. I thought green had a cooler temperature for the color and I felt it was perfect for whatever was going on. “

“The Spanish Princess Part 2” will air on Sundays at 8 pm on STARZ.