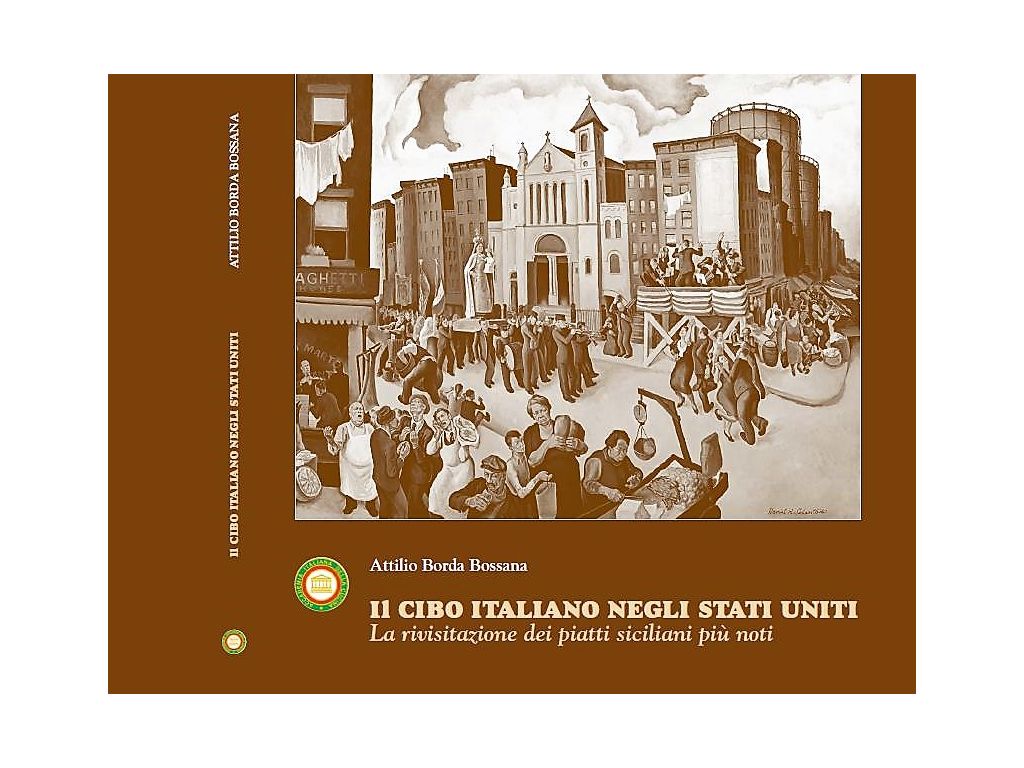 “It is a useful publication for understanding the event of migration across the Italian ocean in the second half of the nineteenth century which, by its mass character, contributed to defining a particular form of settlement in the reality of the United States. It is very interesting to note that, at that historical point, there are still documents It is broad and detailed, while the contribution that Italians have made to the food culture of the United States, which generates the so-called Italian-American cuisine, has not been adequately investigated.”
This is the welcome message that Enzo Caruso, the Cultural Counselor of the City of Messina, wanted to send on the eve of the presentation of the book Italian Food in the USA. A reinterpretation of the most famous Sicilian dishes “by the journalist Attilio Borda Busana, who will be presented tomorrow, Tuesday 23rd.

“I believe that the editorial proposal of the Italian Academy of Cuisine is correct – continues Chancellor Caruso – and the author’s commitment to focus on a particular historical stage of the country through food, to bear witness to the shape of this migration process, its founding characters, the dimensions of internal relations within Italian society and between it and others; to the desire to continue in It is also important that this cultural contribution comes from Messina, the city from which in the past many immigration flows to the United States departed, as documented by a commemorative plaque placed on the facade of the Palazzo della Dogana, as part of the sixth edition of the magazine The global “Italian Cuisine Week in the World”, promoted by the Ministry of Foreign Affairs and International Cooperation, and of which the municipal administration is concerned with the cultural and economic impacts on the Peloritan region.
The volume will be presented tomorrow, Tuesday 23rd, at 4.15pm, at the Sala dell’Accademia Peloritana dei Pericolanti, Palazzo Università, by the US Markets Adviser, former Director of ICE in Los Angeles, New York and the London office of Fortunato Seli Zulu and Secretary General of the Chamber of Commerce. Trade Messina by Paola Sabella, in coordination with Messina EC delegate Francesco Trimarchi. 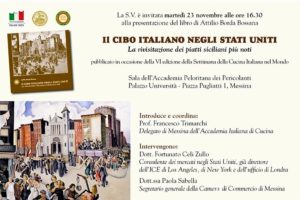 This publication was released on the occasion of Italian Cuisine Week in the World, an event involving Italian institutions abroad, as well as the Italian Academy of Cuisine as a founding partner, and collaborations of Italian chefs and restaurateurs, bloggers, creators, historians and researchers. And in the US, from Washington to Los Angeles, from Miami to Chicago, from New Orleans to Houston and New York, passing through Boston, Dallas, Baton Rouge, Detroit, San Francisco and Philadelphia, there are nearly 40 events on the agenda celebrating Italian cuisine. Mobilizing the entire diplomatic-consular network in the USA, Italian cultural institutes, ICE, but also companies in the sector, for in-depth information on issues related to tradition, innovation and the sustainability of Italian cuisine: from the value of dishes and ingredients from the oldest to the most innovative discoveries From food waste to the well-being of the Mediterranean diet, from awareness of challenges in nutrition to the search for greater sustainability.