Taiwanese believe relations with the United States would not change if Biden wins: Poll 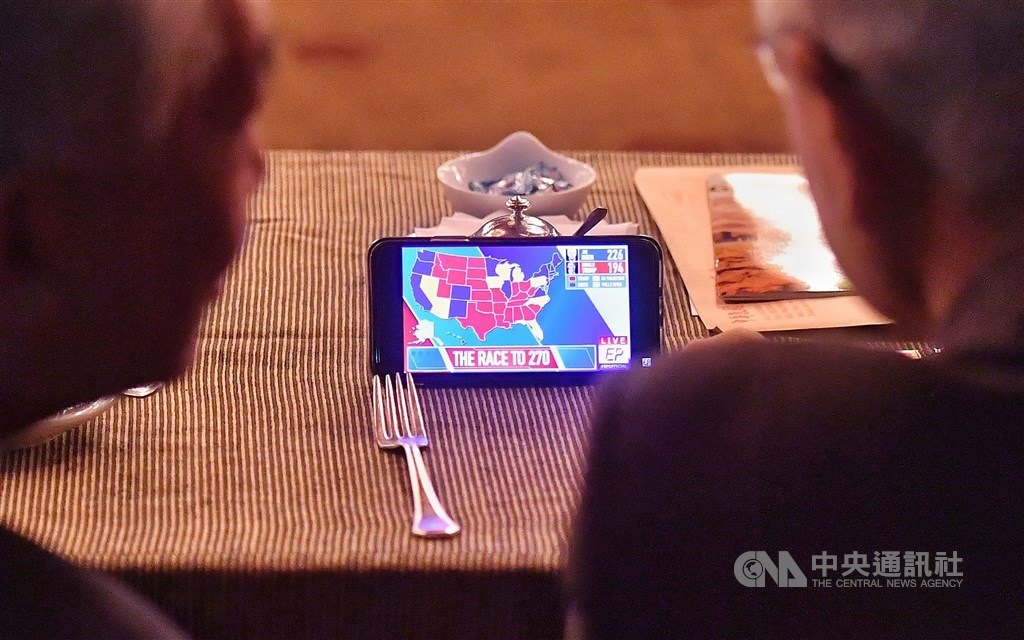 Taipei on November 7 (CNA) In a recent poll in Taiwan, more than 50 percent of Taiwanese expressed the view that Taiwan-US relations would remain unchanged if former US Vice President Joe Biden wins the US presidential election.

The poll was conducted from November 5 to 6 by the Asia-Pacific Elite Exchange Association (APEIA), days after the American people voted to determine their leader for the next four years.

Although votes are still being counted at the time this report is published, questions in the poll are framed on the assumption that Biden will be the next president of the United States.

The survey showed that nearly one in four respondents said they believed Taiwan-US relations would get worse under Biden, and 10.2% said it would improve.

The survey showed that the rest of the respondents either refused to answer or did not express any opinion on the question.

The survey collected 1,077 valid questionnaires from respondents 20 years and over in Taiwan. It has a 95 percent confidence level and a plus / minus 2.99 percentage point error margin, according to APEIA.

In a separate poll conducted by the Taiwan Public Opinion Foundation (TPOF) ahead of the US election, a majority of Taiwanese favored Trump because they see him as a strong supporter of Taiwan.

Over the past four years, the Trump administration has approved 10 separate arms sales to Taiwan, supported Taiwan’s meaningful participation in international organizations, and dispatched high-ranking government officials to the country, defying China’s warnings.

At a press conference announcing the poll results on Saturday, Taiwanese researcher Tung Lee Win () described some Taiwanese perception that Biden’s foreign policy would be less friendly to Taiwan than Trump’s policy as “inappropriate.”

According to Tung, Biden’s foreign policy should be compared to that of former US President Barack Obama because both are Democrats.

“Given this perspective, the current Democratic Party, especially the Biden team, is more resistant to China and Taiwan,” he suggested.