Super Moon: The largest full moon of 2021 shines in the sky in April and May 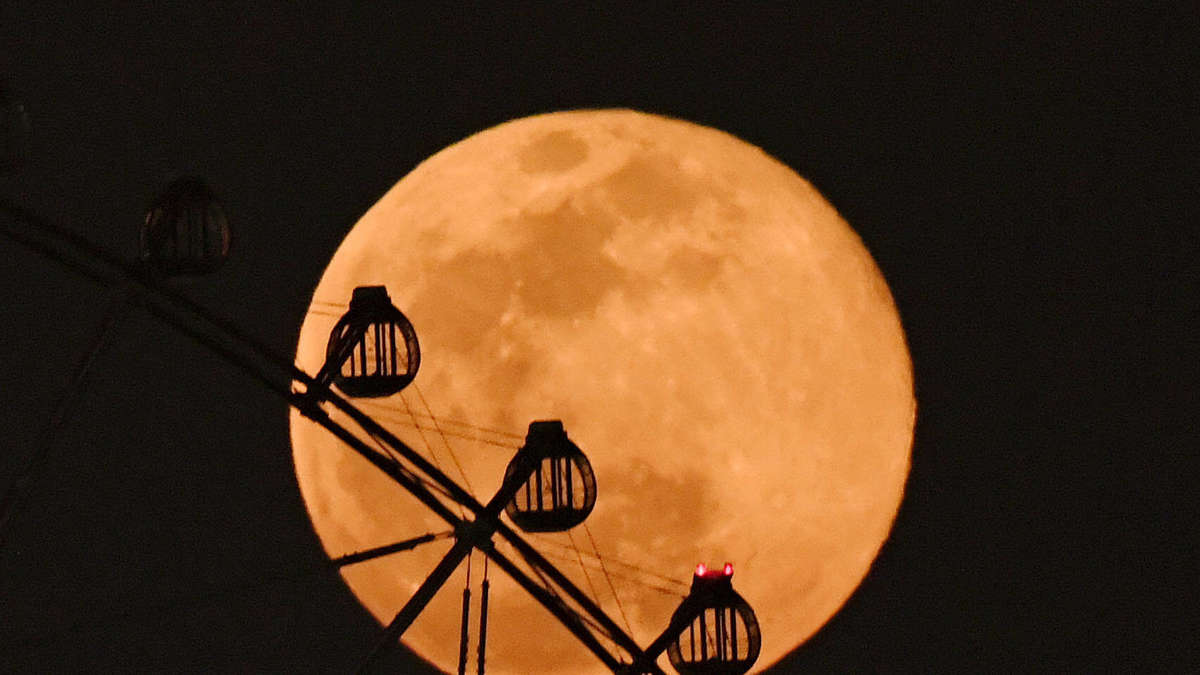 In April-May 2021, the full moon is especially close to Earth – there is a large moon in the sky. How does the phenomenon arise and how is it observed.

The moon is a constant companion of the Earth, as it revolves around it in a slightly elliptical orbit and thus sometimes approaches it, and sometimes it moves a little further away from it. Taking a look at the moon once in a while, you don’t notice the difference because the size comparison is missing. But there are cases when the difference in size is even more pronounced: with Super Moon, a phenomenon that will happen the next time in April and May 2021.

If a full moon is at its closest location to Earth (perihelion) while it is fully illuminated by the sun, then this phenomenon is called a super moon. It is a generic term not used in science, but it is now widely spread. The term, which refers to an astronomical phenomenon, originally comes from astrology: astrologer named it Richard Knoll in 1979. According to Noll’s definition, a full moon must approach Earth at least 367,600 km in order to be considered a super moon.

Full moon in April-May 2021: The giant moon is bigger and brighter than usual

But will a giant moon be seen in the sky larger than a “normal” full moon? Yes, NASA says. According to the US Space Agency, the giant moon can appear up to 14 percent larger than the full moon at its farthest point in orbit (apogee). The difference between the Super Moon and the Moon Far from Earth corresponds roughly to the difference between a € 1 coin and a 2 € coin.

In addition, the giant moon appears brighter than a “normal” full moon. This is because the surface of the moon appears larger and more moonlight reaches the earth. According to NASA, a giant moon can brighten 30% more than the moon farther from Earth. However, it will be difficult for most observers to assess the size and brightness of the lunar disk. The magnitude of the perception of the moon usually depends on other factors, particularly proximity to the horizon or other objects (the so-called “moon illusion,” the cause of which is not fully understood).

The same applies to the giant moon on May 26, 2021: It reached the full moon position at 1:14 PM, but only rose at 9:39 PM. The full moon on May 26 is not only a super moon, but it is also the main representative of a lunar eclipse in some parts of the world. In parts of Southeast Asia, parts of the USA, parts of South America and Central America as well as all of Australia, it can be considered a total lunar eclipse. In Germany, on the other hand, you cannot follow the phenomenon in the sky. But you can also see the soaring stars of Lyrids from Germany until April 30th.

Astronomy news and news from space research can be found on our topic pages.

By the way, the giant moon is not only beautiful in appearance, but also has a noticeable effect on Earth. If the full moon is close to the Earth, then the tides are intensifying – a so-called spring tide arises (colloquially as tides). Rescue teams that released the container ship “Evergiven” from the Suez Canal in Egypt in March 2021 took advantage of this impact. It is not yet clear whether the full moon also affects a person’s sleep. (Tania Banner)