“Sloe Noon”: with Dreampop of the dream group 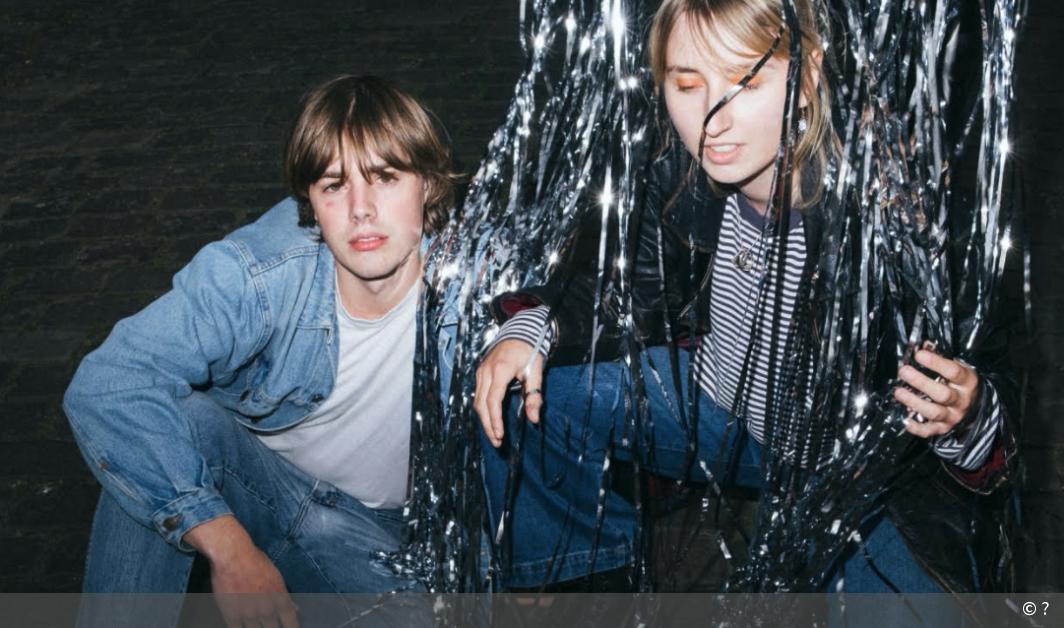 Anna “Olive” Böke went to England to study creative writing, finding a band and playing music that set an example for her. Shortly before closing, she has returned to Kiel and now combines her love of music with her own happiness.

No one who turned on the radio at the turn of the millennium could not avoid the music of such bands from the UK as “Blur”, “Oasis”, “Maximo Park”, “Radiohead” and “The Verve”. Britpop is the genre that unites these influential bands. But a few years ago, “The Sunday,” “The Smiths,” or Alvvays “began with more guitar-heavy melancholy tones and with a detailed rhythm that could be described as “Shoegaze” bands.” For Anna Bock, The Last Chapels are not only one of her personal role models, but also belong To a select group of musicians who should engage the music of an entire generation.

“I’ve wanted to start a band since I was a kid and make exactly that kind of music,” Anna “Olive” says. At only 19 she decided to go to England in 2017 to study creative writing in Brighton – the birthplace of the band “The Kooks”, whose recordings she listened to up and down in her youth. Since the founding of the band did not really work out, Anna decided to start a solo project in 2020 and wrote her first songs with guitar accompaniment. “I just made my decision,” she says.

Then in the spring of 2020, the epidemic spread across the world. If the first live shows had been a problem during this time, they would have been cancelled. With the aim of the upcoming exit of the United Kingdom from the European Union and the fact that her friend Denise was waiting for her in Kiel, with whom she had a relationship for five years, she decided to return to her hometown. Practical Side Effect: Dennis is a multi-instrumentalist who helped Anna as a missing link break free from the world of songwriting and into the band’s romantic life.
The “Embassy Court” appeared in the European Parliament a very short time later – as a closure project, so to speak. Poetic and literal texts, a fuzzy ukulele and clear vocals fuse in a sound that can best be described as an alternative pop dream with little to no noise. Its music stems from a bold sincerity that invites you into the bedroom in which it was created and a place of complete uncertainty.

“Unfortunately, this species is rarely represented in Germany, especially in the North, but that’s why we want to expand the genre for the local scene a little bit.”

This seems to go down particularly well where Anna turned her back last time. Since the release, bedroom pop song “Planestation” has made it to the “latest” playlist of Hype Machine and Spotify’s “The Dreampop” playlists. In addition, the songs have regular playtime on the world’s largest Dreampop Radio DKFM and Amazing Radio UK. During her time on the island, the 23-year-old made these connections to the music scene she lives in today with the song “Sloe Noon.” But this is mainly due to the technical infrastructure in Brighton itself. “Our style of music is more popular there. The English music scene in particular offers small DIY (Do it Yourself; Engineer: Do It Yourself, Editor’s Note) bands a lot of opportunity through channels like BBC Presentation, which gives everyone a chance. People are not in their bladders. Much like in Germany. I miss that a lot here to this day.”

However, the bubble could burst next Saturday. Then you can get an impression of the dream pop duo “Sloe Noon” when they play a digital concert at Medusa. Go to the event here. On Saturdays, we wear pajamas with chocolates and candlelight to listen to the new trend spreading from the island to us.

By the way, the dream of the “correct” live band is not over yet. Anyone who fantasizes about joining Sloe Noon can contact both at [email protected]

READ  How data centers should function as heating