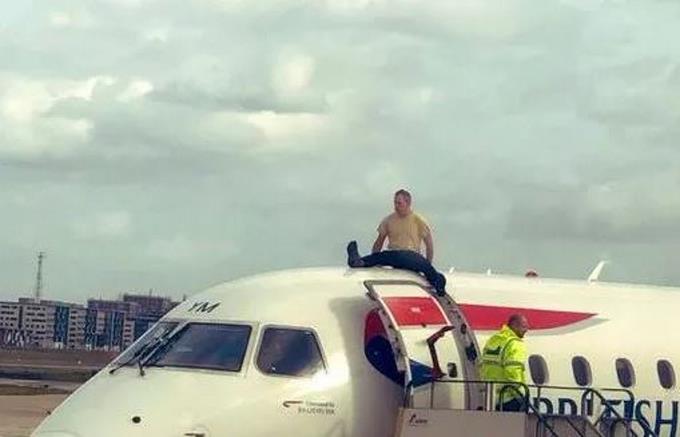 A former Paralympic athlete who climbed onto the roof of a plane at London Airport during an environmental movement Extinction Rebellion activity on Friday was sentenced to 12 months in prison, half of which will be firm.

The Extinction Rebellion, which has announced that it will appeal the decision, said this is the first prison sentence imposed on a member of the movement.

On October 10, 2019, James Brown, 56, a citizen of Northern Ireland, blind from birth, was able to board a British Airways plane at London City Airport.

The double gold medalist, who has represented the UK in cycling and athletics, pinned his right hand to the flight deck before shoving his mobile phone into the door to prevent it from closing.

He spent an hour on the plane that was supposed to cover a route to Amsterdam in the Netherlands, which, according to the indictment, disrupted more than 300 passengers on British Airways, costing the airline 40,000 pounds ($54,750).

“The right to demonstrate does not allow you to cause large-scale disturbances at an airport … simply because you think it is the right thing to do,” Judge Gregory Berens said when announcing the ruling in Southwark Court in London.

“You cynically used your disability to put your plan into action,” the judge told him, adding that he also put his life in danger.