Singer Harry Styles first man to be on the cover of Vogue; Wearing a ball gown 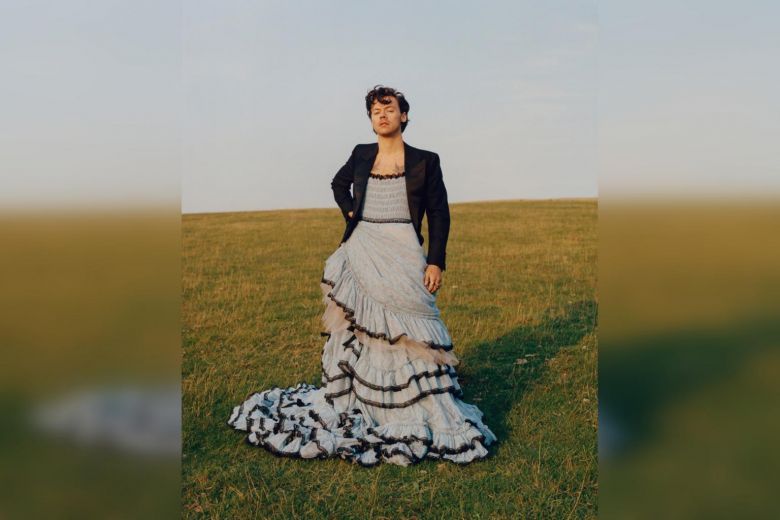 British singer-songwriter Harry Styles leaned into his feminine sense of dress and wore a gown to adorn a cover Vogue – The first man to do so solo in American Fashion magazine’s 127-year history.

The magazine and Styles himself have uploaded photos of him to social media.

He designs various haute couture fashion, including a long Gucci gown with a tuxedo jacket over the cover.

He also wears items such as the skirt, custom-made shorts, and the crinoline – a structure designed to hold down women’s skirts, popular in the 19th century – over wide-legged pants.

26 years old says in his book Vogue Interview: “When you take“ There is men’s clothing and there is women’s clothing, ”once you remove any barriers, it is clear that you open up the arena in which you can play.

“I go to stores sometimes and find myself looking at women’s clothes thinking they’re cool. It’s like anything – any time you put barriers in your life, you just restrict yourself. There’s so much fun playing with clothes. I’ve never thought much about what it means – it’s just … An extended part of creating something. “

Member of One Direction (boy band is currently on an indefinite hiatus) was also a good general musically speaking, with his song Watermelon sugar It topped the Billboard Hot 100 songs in August. – The Straits Times / Asia News Network