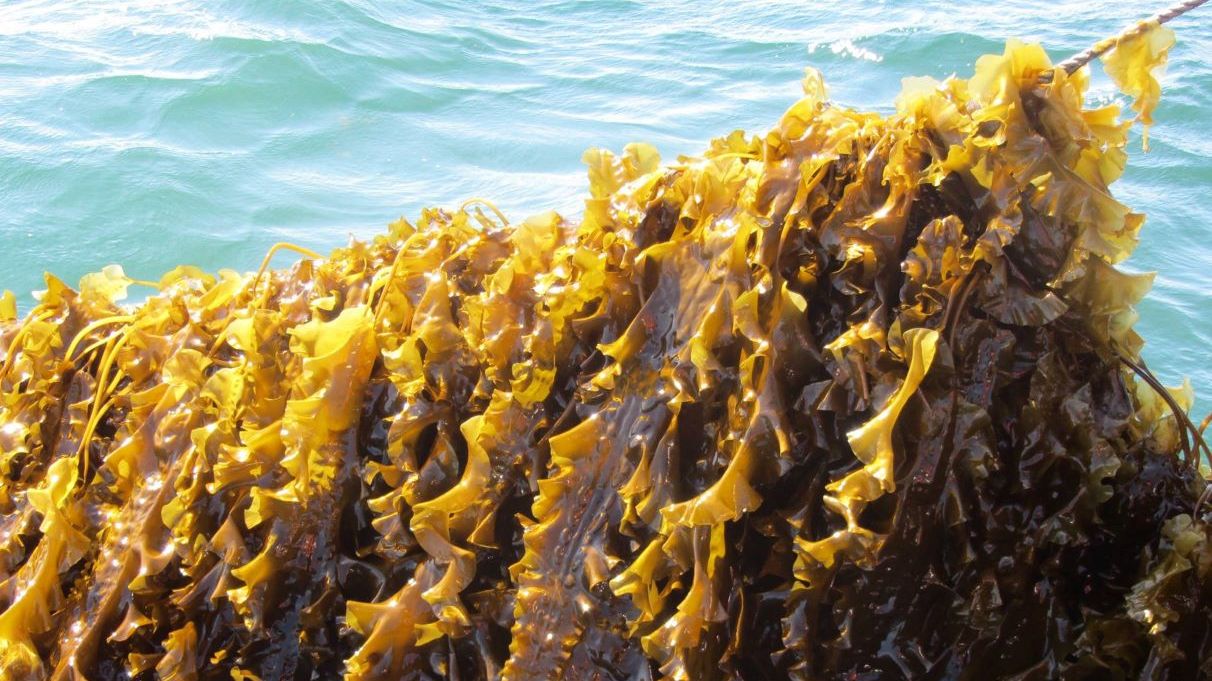 Scientists at the University of Belfast’s Institute for Global Food Security (IGFS) want to try to reduce methane emissions by at least 30% by feeding algae to livestock. Promising results with algae native to the UK and Ireland.

The first results are promising

Initial lab tests at IGFS showed promising results with native Irish and British algae. Previous research in Australia and the US made headlines – up to 80% less methane emissions from livestock feeding on a type of red algae. This red algae grows abundantly in warmer climates, but it also contains high amounts of bromoform, which is known to damage the ozone layer. Algae found in the UK and Ireland are usually brown or green and do not contain bromoform.

British and Irish algae are also rich in active compounds called phlorotanins, which are found in red wine and berries, which have antibacterial properties and strengthen the immune system, so they can have additional health benefits for animals. The science of IGFS is now being put into action: tests will soon begin on British farms using algae from the Irish and North Seas as a livestock feed additive.

Two projects at once

A three-year project is being implemented in partnership with Morrisons supermarket in the UK and its network of UK ranchers who will support the trials on the farm. The Agrifood and Biosciences Institute (AFBI) in Northern Ireland is also involved as a partner in the project.

As part of a second project, IGFS and AFBI are participating in a €2 million international project, led by Irish agency An Teagasc, to study the effects of algae on the diet of grazing cattle. In trials with dairy cows in NI, seaweed will be added to grass-based silage from early 2022.

These projects not only assess methane emissions from beef and dairy cattle, but also study the nutritional value of various native algae and their impact on animal productivity and meat quality. IGFS Director Sharon Howes, professor of animal sciences and microbiology in the School of Biological Sciences, said she expects the combined research to result in at least a 30% reduction in greenhouse gas emissions.

The above projects are part of Queen’s AFBI Alliance – a strategic partnership between Queen’s University and AFBI aimed at maximizing NI’s science and innovation capabilities to address global challenges such as carbon-neutral agriculture.

This text was in the beginning www.fleischwirtschaft.de chest.

See also  PNV Expansion: 15 Regions That Want to Be a Leader in Mobility Fun - Southwest