Science – How much freedom is the river? – Debate about the path of the river – Knowledge 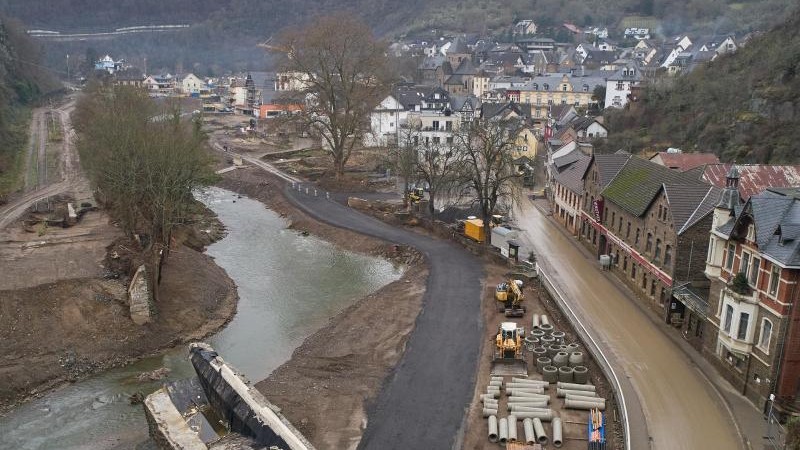 Bad Neuenahr-Ahrweiler (dpa) – The Ahr flood caused so much suffering that it killed 134 people – but with changes to the riverbed, it also opened up environmental opportunities. In the opinion of critics, these were not used.

In some cases, flood protection has even worsened. The Aar River is narrower today in some places than it was before the flood, says Cosima Lindemann, chairwoman of the Naturschutzbund (Nabu) Rhineland-Palatinate. The rapid restoration of the former riverbed is understandable in the localities. Outside the city, however, opportunities to combine nature conservation with flood prevention have been missed.

The severe flooding of the Ahr River on July 14 and 15 partially moved the river’s course and created new tributaries, Lindemann says. These will have a “high environmental value” and can have relief in the event of a flood. Unfortunately, five and a half months after the disaster, nothing more of these new structures could be found: “The tributaries were mobilized again and the river bed was largely straightened.”

Hildesheim professor of biology Wolfgang Busch spoke of a “second devastation” of the river valley in some places. First, Ahr got the space it “really needed” during the floods and created new landscapes in the floodplain. Then excavators and bulldozers drastically intervened during the often uncoordinated “wild west way” clean-up work. Areas of ecological value and flood retention areas have been lost, and the Federal Nature Conservation Act is being ignored.

Joachim Gerke, head of the department in charge of bodies of water at the Structure and Approval Directorate (SGD) North in Koblenz, says dredging in the river was initially necessary, for example to remove debris and destruction. Amidst the chaos of the first cleaning phase, “you can’t just do the apprenticeship,” says the department head. “Bad things happened there, too.” It is about a balance of different interests – nature and flood protection, living and working space for residents.

See also  Tomorrow's weather: Why are floods increasing in Germany?

More room for the river

According to Gerke, the main goal remains to give Ahr more space. I also brought it to citizens’ meetings.” Some mayors immediately made suggestions, “For example, take down a meadow in the village.” According to the expert, however, coordinated supra-local action is necessary. “You can’t just make Ahr sometimes wide and sometimes narrow. “. The concept of water development for the river should be available as soon as possible during the new year. The public treasury also buys the riverside areas with tax money.

The central Ahar Valley in particular is very narrow and steep. This makes flood protection more difficult. The head of the state of Naboo, Lindemann, is calling for every opportunity to be used to give the river more space. “This helps preserve nature, but ultimately also the people who live in Ahr.”