Sanctions Iran and Rouhani: “The era of the American economic war is over” 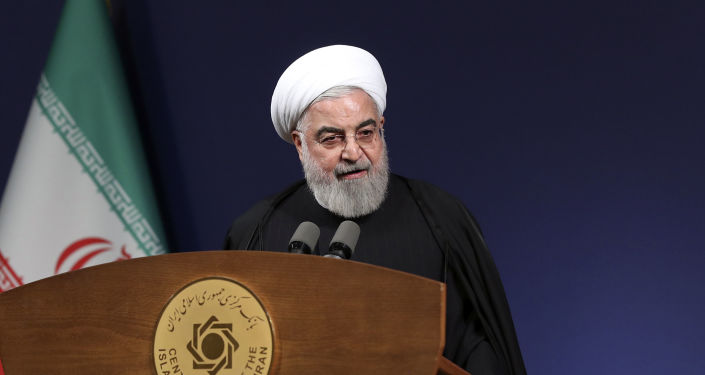 The President of the Islamic Republic had described the US sanctions as a criminal plan that overturned those who adopted it “now in the last days of his political life.” The Trump administration has unilaterally reinstated measures taken against Iran after the nuclear deal was abandoned.

The era of the economic war on Iran has ended, and whoever fought this war is now the last days of his political life. This was stated by Iranian President Hassan Rouhani, Thursday, through a video link, during the presentation of a project by the Ministry of Petroleum, according to what was reported by the national news agency Tasmin.

In his speech, the President of the Islamic Republic explicitly referred to the outgoing US president, Donald Trump, and the “maximum pressure” policy against Iran.

Rouhani recalled how the Trump-led United States unilaterally reinstated sanctions against Iran, after withdrawing from the Joint Comprehensive Plan of Action (PACG), the Iran nuclear deal. He stressed the policy of “arrogant forces” that had turned against those who pushed it forward.

“Once the United States ends the sanctions, it will effectively end its crimes” against the Iranian nation, the president said, wishing promising days for the Iranian people with political unity and the leadership of the Iranian leader. The Islamic Revolution, Ayatollah Syed Ali Khamenei.

Sanctions against Iran were reimposed after Trump unilaterally withdrew the United States from the 2015 Joint Comprehensive Plan of Action (JCPOA) in 2018, which included curtailing Tehran’s nuclear program in exchange for sanctions. After Trump withdrew from the deal, Tehran announced that it would move away from its nuclear commitments, but indicated that the country’s nuclear program remains exclusively peaceful.

Several countries, including Russia and China, and even some US lawmakers have urged the Trump administration to lift sanctions during the pandemic. Pompeo said the sanctions were not preventing Iran from receiving humanitarian aid.

Iranian President Hassan Rouhani estimated the economic damage to the country due to the US sanctions at about $ 50 billion.