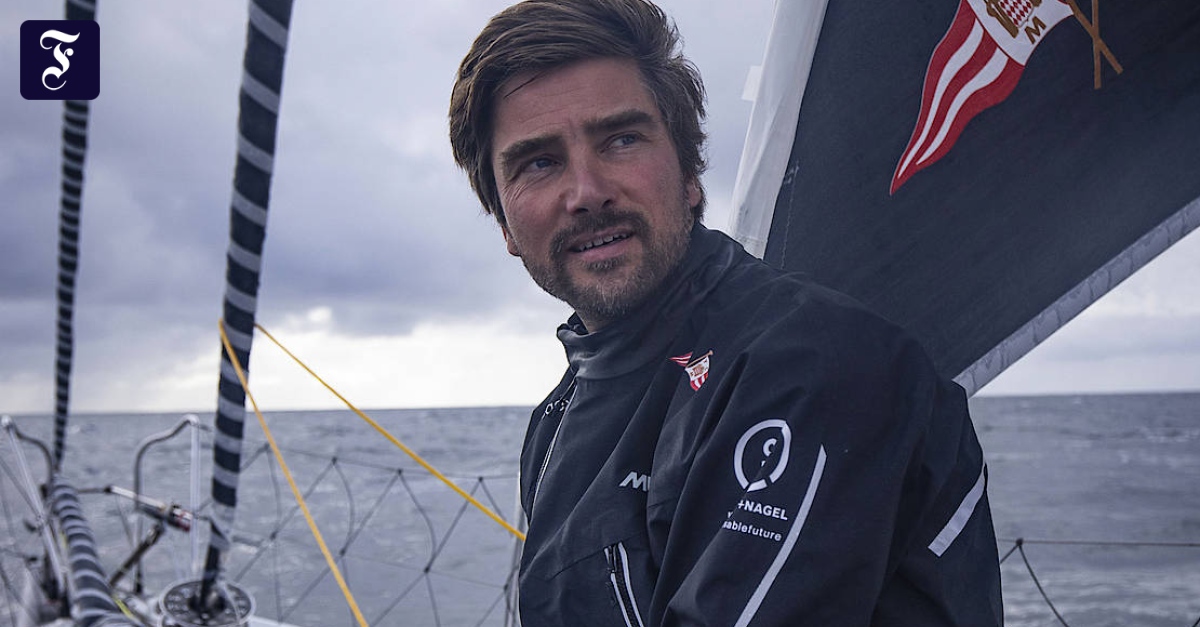 80 days and more than 45,000 kilometers on the yacht alone: ​​at the beginning of 2021, Boris Hermann was the first German to circumnavigate the world as part of the regatta “Vendée Globe”. The 40-year-old from Hamburg faced extreme weather on his ocean voyage and experienced violent storms, freezing cold and days of heat. The father of his young daughter had a box that weighed 17 kilograms and measured temperature, salinity and carbon dioxide saturation of sea water. Protecting the climate and oceans is important to Hermann. He’s already sailed across the Atlantic with activist Greta Thunberg and participated in Fridays for a Future. In 2022 and 2024, he wanted to sail around the world again in a new boat as part of the “Ocean Race” and “Vendée Globe” – and continue collecting data for science.

Mr. Hermann, on your journey around the world, you have provided the Kiel Institute for Marine Research Geomar and the Max Planck Institute Hamburg with data from places that no one in the world has ever had access to. Your data was used even in the most recent IPCC report by the Intergovernmental Panel on Climate Change.

What worries us most is the concentration of carbon dioxide at the surface of the oceans. For example, we were able to collect important information with high quality and accuracy in the southern seas between Australia and South America. But our science drive wasn’t designed to figure out what needs to be done to stop climate change because it’s crystal clear that we need net zero carbon emissions. And as quickly as possible. However, it is extremely important for science to continue to improve climate models and to be able to make more accurate predictions.

What were the results?

Basically, it can be seen that the concentration of carbon dioxide in the oceans continues to increase. But we still don’t know enough about how the carbon dioxide cycle works between the atmosphere and the oceans, how carbon dioxide is distributed in the water and how ocean acidification occurs. For example there in the atmosphere According to the US NOAA Institute More than 400 molecules of carbon dioxide per million molecules of dry air (ppm) worldwide. That’s roughly 100 parts per million over 70 years old. The more carbon dioxide in the air, the more carbon dioxide is released into the oceans. But unlike the atmosphere, mixing processes are much slower there. Air rises, falls and spreads around the Earth within a year. There are also different currents in the sea, but no winds or different layers of air. This means that it could take up to 100 years for carbon dioxide to be absorbed at the surface to penetrate deeper ocean layers, thereby lowering the pH value and thus increasing ocean acidification. The oceans are the backbone when it comes to climate change. We have to understand what the oceans actually mean to our life on Earth and that we are about to awaken a sleeping giant.