Roulette Spanish Society of Rheumatology is not a game, campaigns 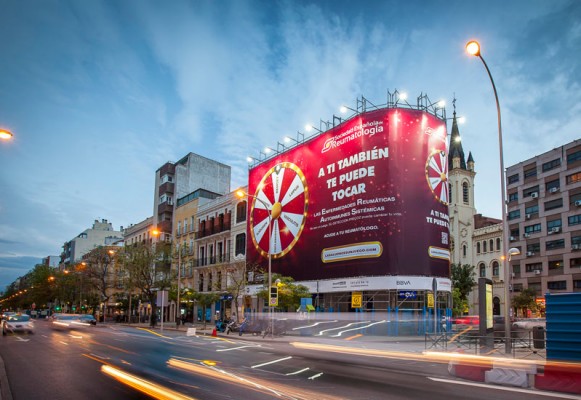 The Barnaso Independent Agency Four months were invested in building the global strategy, as well as in planning, negotiating and buying media for advertising campaigns Spanish Society of Rheumatology (SER), Which will have a digital presence at the national level and will have physical reinforcements in Madrid, Barcelona, ​​Valencia, Bilbao, Zaragoza and Malaga.

Creativity which is called RouletteIt is a trompe l’oeil game that can at first glance lead to the misunderstanding of the belief that it is an ad campaign for the bookmaker. On the other hand, the reality is completely different. Which is that rheumatic diseases are not a game and it is extremely important to go to a rheumatologist for an early stop that can improve the quality of life.

The campaign counted for launching it nationally with distinction A strong media communication strategy: Video news, video communication, press releases and interviews in the main public media (television, written press, radio, online press) and sectoral, as well as a digital advertising campaign on the main social networks: YouTube, Facebook, and Instagram, by spot. On the local level, Madrid was chosen to start the annual campaign, with an oversized canvas placed on three streets in Quattro Caminos and an extensive advertising campaign on EMT buses.

“We are very grateful to SER for commissioning us for the first annual campaign in its history. We are aware that Madrid had other great alternatives, but they were brave and chose an independent agency and disruptive innovation.” Violates the laws of medical advertising and scientific institutions. Without a doubt it will be difficult to help SER convey its message to society, ”he explains. José Arribas, Executive Director and Chief Creative Officer, Barnaso.

The first campaign of the Spanish Society of Rheumatology Website also created and developed by Parnaso whose domain is www.lasaludnoesunju Wego.comIn which detailed information is provided on the various autoimmune rheumatic diseases and the work of rheumatologists is evaluated for the benefit of the health of the whole community.