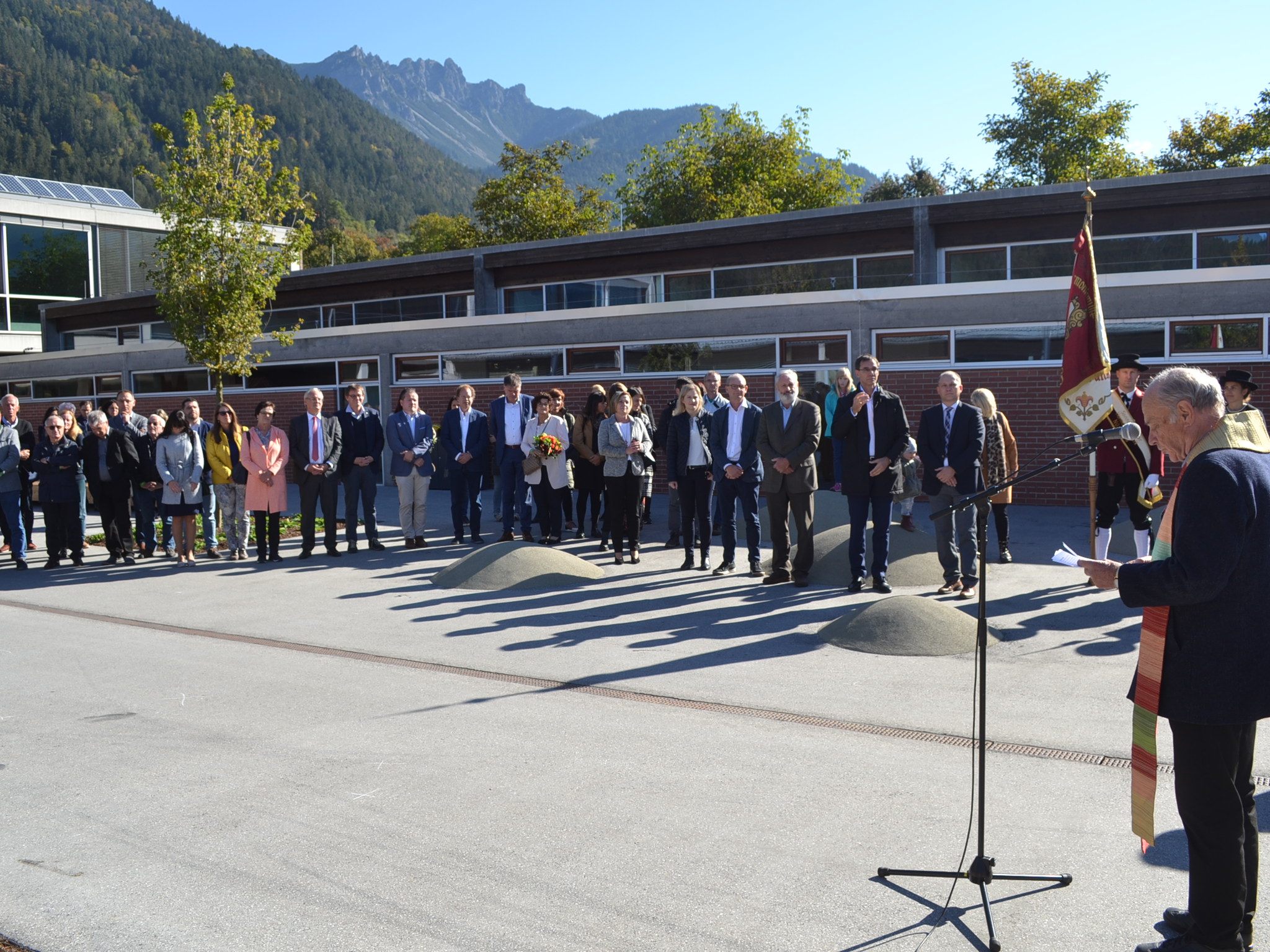 The teaching campus is officially opened in Nüziders. There is no space only for children.

“They are great, bright rooms with lots of wood.” “The stadium is very nice.” “It’s like a five star hotel – just no beds.” Martina, Elijah, Sophie and their friends have brought about the opening of the Nüziders Education Campus so much that they are totally excited about their new school. Construction took three years, but the development process started early: room programs and usage concepts were defined, and in addition to the kindergarten and primary school, the school and public library were integrated as well as lunch and daycare. The large climbing hall, the new training room of the Sonnenberger Harmoniemusik, and the premises of the Walgau School of Music are part of the campus and fill it with life. “We wanted to create a place where children could develop as much as possible. It was a huge project for us, but the result was fantastic,” Mayor Peter Neyer said with satisfaction.

The campus in Nüziders is also exemplary in terms of energy efficiency, mobility and the use of sustainable building materials: “We only received an assessment result last week and scored 952 out of a possible 1,000 points. We are playing the absolute elite here in the public building arena,” said Nier. A total investment of €20 million, but one is now ready to meet the educational and demographic requirements of the years to come.After a colorful opening programme, led by Martina Ess and formed by the many children of Nosieger, and a festive march with harmonious music from Sonnenbergsaal to the campus, Reverend Karl took Blebershnigg the official blessing. He pointed out the etymology of the word “campus” which comes from Latin and means “field.” “This is what we wish our children to do: that they have here a field in which to grow, so that the seeds of education, as well as personal development, will grow well. ”

The former primary school and kindergarten was originally built by C4 Architectural Group (Fohn, Sillaber, Pfanner, and Wengler) as the result of a competition in 1963. In 2003, the primary school was expanded by architect Bruno Spagola. Karl Sellaber and Bruno Spagola were also welcomed by Mayor Peter Neyer, as well as Marcus Thorner of Fink Thorner Architects, who planned the current project with sensitivity and care. Among the inaugural guests, in addition to Governor Markus Wallner and State Parliament Speaker Harald Sondreger, Ivo Walser from the Vorarlberg Education Directorate and Dietmar Lenz (Energy Institute) got an idea of ​​the attractive rooms. The opening ceremony was also a happy day for Kindergarten Director Barbara Taudis, Primary School Principal Angelica Zutelli and her predecessor Gerda Morey, Library Director Michaela Pechenau, Marcus Comblige and fellow musicians from Harmony Music as well as Music School Principal Christian Matisse.