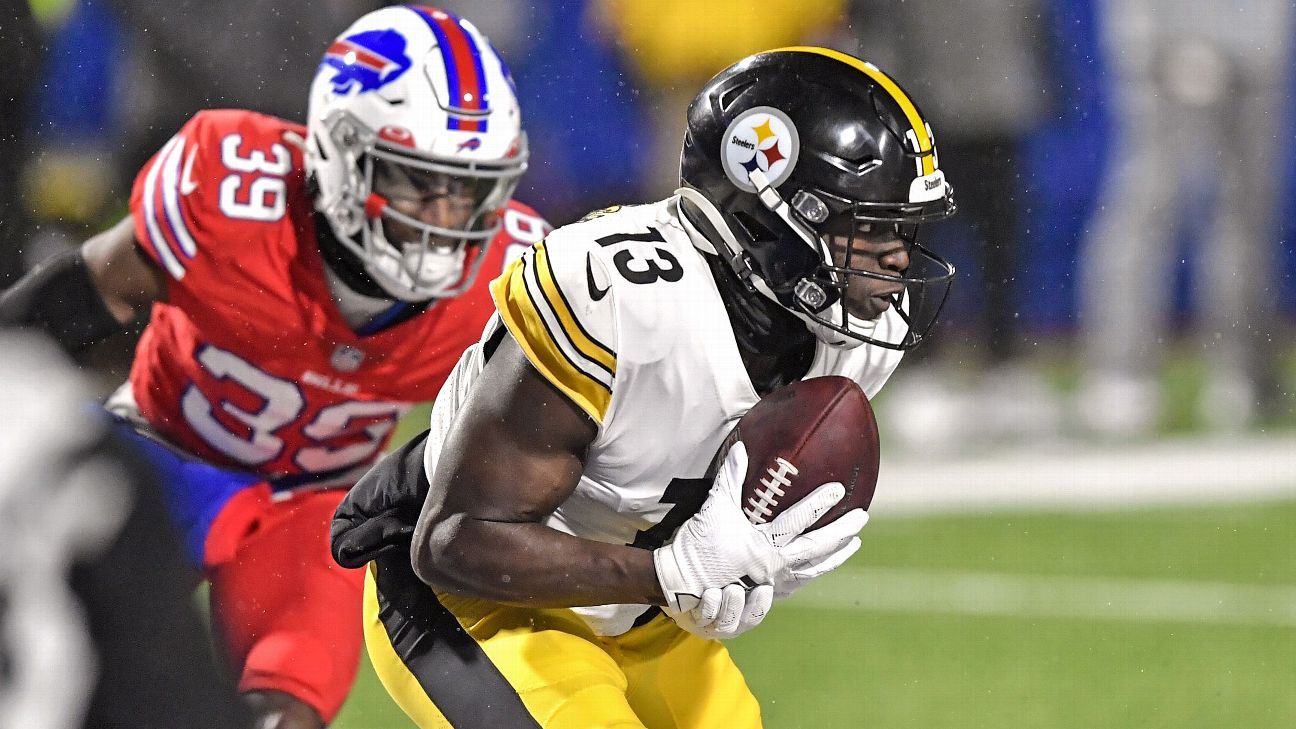 The second Pittsburgh Steelers takeaway fell during Sunday night’s match at the Buffalo Bills officially due to confusion forced by corner back Mike Hilton who was brought back by full back Cam Sutton.

But watch the replay as many times as you like: It’s still not entirely clear what happened before the nine minutes and 36 seconds left in the second quarter. Fumble? objection?

Whatever the case, this was another forced spin by the Steelers’ defense, one of them playing without a bunch of rookies, and it led to the game’s first touchdown.

Fumble? objection? Embed a Tweet a ball! #here we are

Hilton and Marcus Allen tackled tight Buffalo Bills Dawson Knox while pulling at 6 yards from quarterback Josh Allen. Hilton strikes the ball, and as Knox pursues it, trying to hold the ball before it hits the ground, the ball pops up. Sutton, starting in Joe Haden’s place (concussion), was in the right place and rushed to catch him.

Big Ben clues to Embed a Tweet For TD! #here we are

Sutton’s recovery – his second forced change of match after the first-quarter interception – gave Steelers the ball in the Bills area.

Three games later, Ben Rothlesberger hit James Washington at 19 yards to score 7-0 with 8:26 to go in the second quarter.