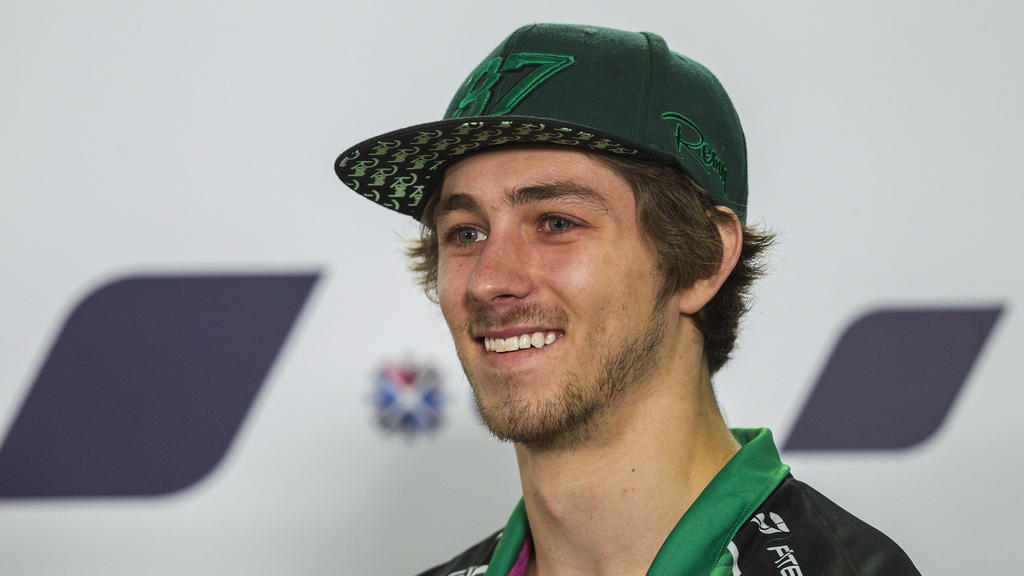 Next year, the Gardner name will be represented in the First Class for the first time since 1992. Remy Gardner, son of Wayne Gardner (the 1987 500cc World Champion), will ride the Tech-3-KTM MotoGP in 2022. In addition to Jack Miller There will then be two Australians in first class.

“That’s huge!” Miller says happily to his compatriot. “He had a tough road. After Moto3, he had to go back to Spain for Moto2. Then he went to Tech 3 and worked his way up. Getting the chance to MotoGP next year is a massive breakthrough for him.”

“He has to focus now and win the Moto2 title. It would be great for him and for Australia to become the world champion.” Gardner recently won in Mugello and Barcelona. Except for fourth place at Jerez, he has been on the podium in all races of the season.

In the history of the MotoGP World Championships, there has been only one Australian world champion in the middle class. Kiel Carothers won the 250cc class with Benelli in 1968. Casey Stoner was second in the quarter-liter class with Honda in 2005.

Garnder had an unsuccessful Moto3 season with Mahindra in 2015. In 2016, he was supposed to race the AGP Moto2 team, but the team was unable to get funding. Gardner had to go to the European Moto2 Championship. Then it worked with the World Cup.

During the season he took charge of Alessandro Tonucci in the Tasca team. In 2017 and 2018, Gardner was part of the Tech 3 team, which was still using the self-built Mistral chassis at the time. From this time he knows the French racing team well and the team knows him well.

“I am very proud and happy,” Tech 3 Team Principal Herve Poncharal said on MotoGP.com. “It was our number one target. He leads the Moto2 World Championship. I think he has what it takes to become a strong MotoGP racer. His development over the past three years has been amazing.”

“He’s always been fast in one lap, but then he collapsed under pressure. Now he’s relaxed. He fights really hard with his teammate, but he always does it so smart. He’s ready.”

“I know his dream has always been to have a bigger bike with more power. I’m very happy. I think it’s going to be a great season. He has a job to do now and win the Moto2 World Championship.”

Remy Gardner: Now he has to become Moto2 World Champion

For Gardner himself, “a dream come true”: “I struggled for many years to get into MotoGP. It wasn’t easy, but now I’ve made it. I can’t wait to ride this beast.”

“I only believed in it when the contract was signed. At the moment I have to focus on my job because I want to win the World Cup. Nothing changes now, because there are still many races in which I have to focus very hard.”

“I didn’t have a traditional job,” Gardner says. “There were tough years. In Moto3 it was a horror. I only collected championship points once a year. In Moto2 I didn’t have the same equipment as the other players.”

“Maybe these tough years made me stronger mentally and physically. In the end, it all pays off. I had good equipment in 2019, but I wasn’t ready because I kept making mistakes. It was my first year at the top and a new experience.”

“I worked on myself at the end of 2019. At the end of 2020, things worked out and I was able to take that momentum with me this year.” Gardner claimed his first win in the 2020 season finale. That year he moved to Team Ajo and was competitive from the start.

It remains to be seen who will be the second Tech 3 driver in 2022. Danilo Petrucci must either say goodbye or Iker to be. Or both, because rumors also link Raul Fernandez to a motorcycle show. As a rookie in Moto2, the Spaniard is fighting for the world title.

“I don’t want to say anything too early,” Poncharal said of the second driver. “Iker and Danilo have a chance to lead alongside Remy next year.” However, the French let him shine between the lines that Fernandez could also be.

“Young talents are always welcome. You just have to look at the other manufacturers. That’s right because it’s the future. It’s still early, everything is open. KTM wants to have four strong riders in 2022.”

Gardner experienced firsthand how Fernandes settled well in the Moto2 class. At Le Mans, Fernandez won ahead of Gardner. At Mugello and Barcelona, ​​Gardner was ahead of his teammate. Three doubles for Team Ajo in a row.

“I don’t think he will have a problem if he switches to MotoGP next year,” the Australian said. “He’s fast, he’s got a lot of talent. It’s good for me to be in the pit too. If he goes up, he can do well. If he stays in Moto2 for a second year to gain experience, I can understand that too.”