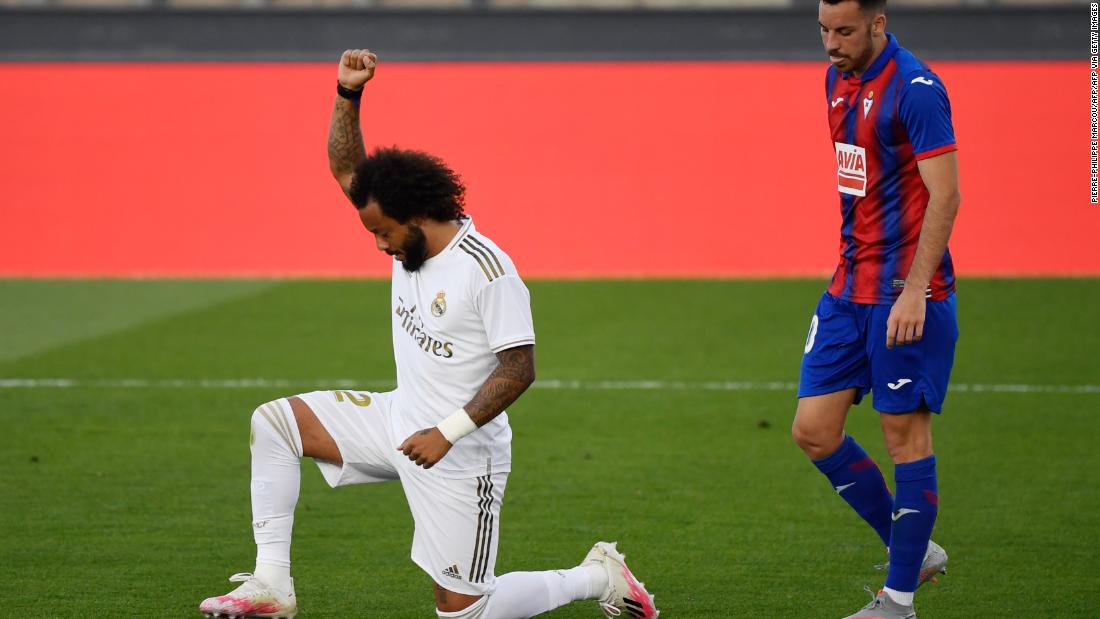 With Real 2-0 against Eibar, Marcelo scored Los Blancos ’third goal and celebrated by kneeling and raising his fist.

Both actions resonated with protests from past athletes.

While playing for the San Francisco 49ers, former NFL star Colin Kaepernick knelt during the U.S. national anthem in protest of police brutality against African Americans.

Raising his fist, Marcelo also paid tribute to the symbol of black protest and liberation. Significantly, Olympic medalists John Carlos and Tommie Smith lifted their fists to the podium at the 1968 Olympics in Mexico City during the U.S. national anthem.

Since then, the gesture has been adopted several times, and many have raised their fists during the Black Lives Matter protest following the death of George Floyd.

Race for the La Liga title

Real won 3-1 and remained two points behind the leading Barcelona, ​​while the coach of the Madrid club Zinedine Zidane brought his 200th game in an unusual environment.

With the renovation of the Bernabeu Stadium, the club is playing the rest of the home games at the Estadio Alfredo di Stefano, 6,000 seats housed in Real’s training.

The Royal Spanish Football Federation (RFEF) and La Liga have announced before the resumption of the league that teams at all levels of Spanish football will hold minute silence to recall the victims of the coronavirus pandemic.
At the time of writing, Spain has 243,928 confirmed cases Covide-19, with 27,116 deaths but less than 50 new cases in the last 24 hours.
See also  Rat plague threatens crops in eastern Australia