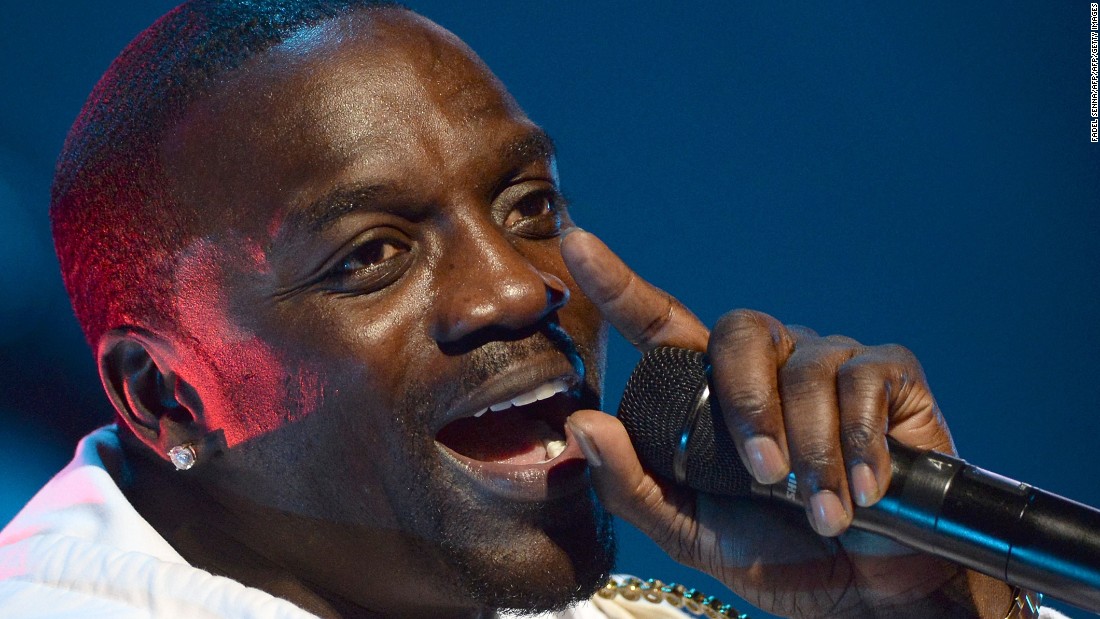 (CNN) – The award-winning R&B singer is pursuing ambitious plans to build a “futuristic” city in Senegal that he says will be a realistic version of Wakanda, the high-tech country portrayed in Marvel’s blockbuster “Black Panther”.

“We look forward to Aykon as the beginning of the future of Africa,” he said at the ceremony, which was also attended by Senegalese Tourism Minister, Alioun Sarr, and other government officials. “Our idea is to build a future city that houses the latest technology and cryptocurrencies and also a future of how the African community should become in the future.”

According to its official website, Solar powered city It will contain healthcare facilities, offices, luxury homes, malls, skyscrapers and eco-friendly tourism centers. It will be a five-minute drive from the country’s new international airport.
Was the singer Granted 2,000 acres of land Senegalese President Macky Sall to build an ambitious city. Akon also said he raised part of the $ 6 billion needed to do so through unnamed investors.
He first announced his idea of ​​the ideal city Back in 2018 It has been compared to the technically advanced fictional nation of Wakanda in which it was portrayed “Black Panther.”

The plan is for Akon to exclusively trade its digital fiat currency (cryptocurrency) called Aquin.

Unlike other stablecoin-related cryptocurrencies, Akoin is pegged to mobile minutes and relies on smartphone usage.

According to the singer, many people in Africa trust their mobile phone companies more than they trust the local currency.

In November 2019, the singer told CNN that the cryptocurrency would allow Africans to become Less dependent on their governments. He argued that Akoin would enable people to control their own currency and thus make financial decisions without outside interference from their own countries.

“We want to be able to eliminate corruption through the blockchain itself and I think starting with the currency is the biggest thing. The main thing that (Africans) will be able to gain is independence and I think being in a position to make financial decisions is key.”

However, Akoin has faced criticism and questions about how it works in low-income countries with limited access to smartphones or data.

Akon told a news conference that work would start in his hometown in 2021.

“I wanted to build a city or a project like this that would give them (African Americans) the motivation to know that there is a home in the country … Only because they feel there is no other way. “

He added that his hope is that Senegal will become a preferred tourist destination in Africa as a result of Akon.

He says, “Since you are coming from America or Europe, and from anywhere in the diaspora, and you feel that you want to visit Africa, we want Senegal to be your first stop.”

Elion Sarr, Senegalese Minister of Tourism, welcomed Akun’s decision to invest in the country at this time when the COVID-19 pandemic affected the country’s economy.

“At a time when domestic and international private investment is scarce, I have chosen to come to Senegal and invest $ 6 billion in the coming years,” Sarr said.

The tourism industry was in Africa Hard hit by the epidemic Airports, hotels, restaurants, event centers and tourism companies have been closed across the continent as a way to curb the spread of the virus.

This isn’t Akon’s first major investment on the continent. Over the past years, the artist has signed major deals in Africa.

In 2014, for example, Akon Lighting Africa, a charitable project in partnership with the World Bank and governments to provide solar-powered electricity to 600 million Africans.