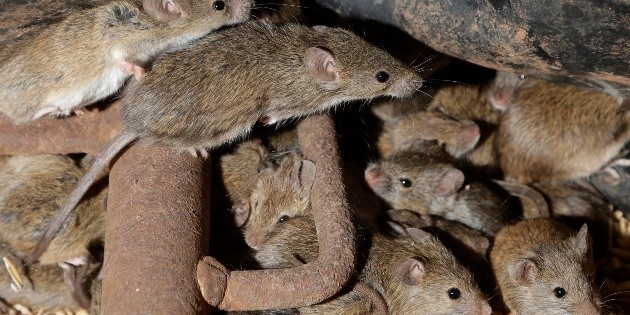 A rat infestation forced Australian authorities to begin evacuating hundreds of prisoners from a New South Wales prison on Tuesday. To repair the damage caused by these rodents.

mice They gnawed ceiling panels and cables at Wellington Correctional Facility, It is located in a rural area.

“The health, safety and welfare of staff and prisoners is our number one priority, so it is important to act as quickly as possible to carry out repair work,” said Peter Severin, the commissioner in charge of Corrections. New South Wales.

Up to 420 guests and 200 employees will be transferred to other facilities before the end of June.

“We want to do these things at once (…) to stop falling victim to this scourge,” explained Kevin Corcoran, Deputy Commissioner of Prisons.

Eastern Australia has been under invasion for months Mice that destroy homes and eat crops.

It’s the untold disaster for Australian farmers, after years of drought, months of devastating bushfires in late 2019, and floods later.

mice Appeared in October, coinciding with an exceptional harvest After the worst drought ever recorded.

READ  USWNT vs Mexico: US has second best undefeated streak ahead of traveling to Tokyo 2020