Pop Smoke’s ‘Shoot for the Stars Aim for the Moon’ Debuts at No. 1 on Billboard 200 Albums Chart 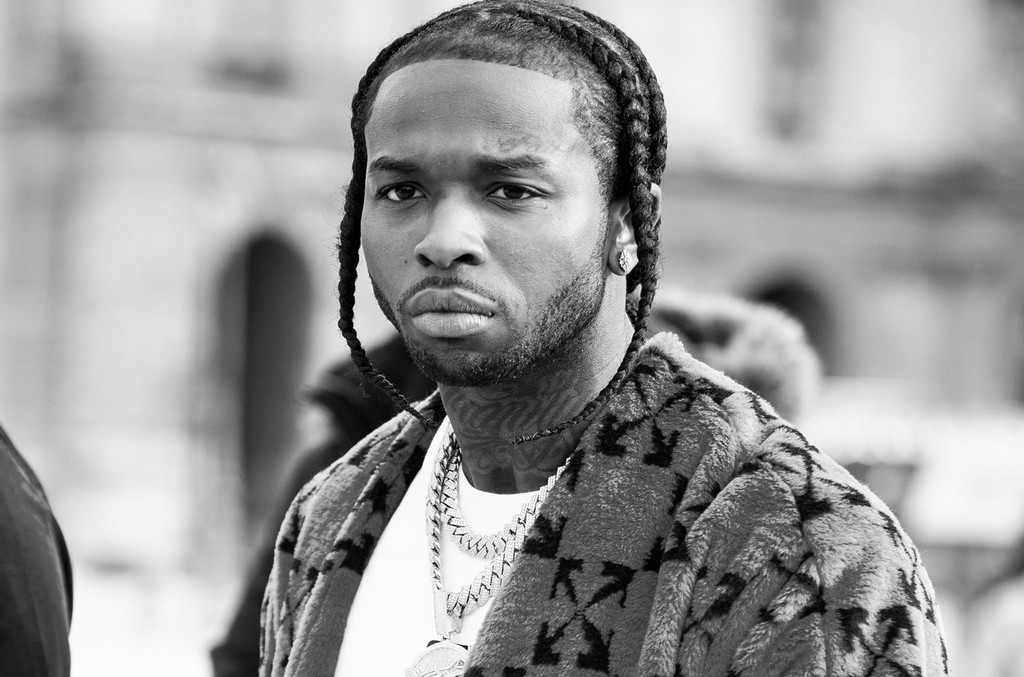 Pop Smoke’s Shoot for the Stars Aim for the Moon debuts at No. 1 on the Billboard 200 albums chart, giving the late rapper his first chart-topping effort. The set was released on July 3 via Victor Victor Worldwide/Republic Records and bows with 251,000 equivalent album units earned in the U.S. in the week ending July 9, according to Nielsen Music/MRC Data.

Shoot for the Stars is billed as Pop Smoke’s first studio album, following a pair of mixtapes: Meet the Woo, V.1 and Meet the Woo, V.2. The latter became his first top 10 when it debuted and peaked at No. 7 on the Feb. 22-dated chart.

The Billboard 200 chart ranks the most popular albums of the week in the U.S. based on multi-metric consumption as measured in equivalent album units. Units comprise album sales, track equivalent albums (TEA) and streaming equivalent albums (SEA). The new July 18-dated chart (where Shoot for the Stars debuts at No. 1) will be posted in full on Billboard‘s website on July 14.

News of Shoot for the Stars’ No. 1 arrival comes shortly after five people were arrested on July 9 in connection with Pop Smoke’s murder on Feb. 19. The 20-year-old Brooklyn artist (real name: Bashar Barakah Jackson) died at his Hollywood Hills home of a gunshot wound after suspects with masks entered the residence and shot him.

First Posthumous No. 1 Album Since December 2018: Shoot for the Stars Aim for the Moon is the first posthumous album to reach No. 1 since XXXTentacion’s Skins opened atop the chart dated Dec. 22, 2018 (with 132,000 equivalent album units). The hip-hop artist died on June 18 of that year. Pop Smoke and XXXTentacion are two of four hip-hop artists with posthumous No. 1s. They follow The Notorious B.I.G. and 2Pac, who each have three posthumous leaders.

The album is basking in the glow of the July 3 Disney+ streaming premiere of the filmed version of the Broadway stage show, with most of the original Broadway cast.

The set previous peaked at No. 3 on the July 2, 2016-dated chart, following the 2016 Tony Awards, where the show won 11 trophies, including best musical.

With Hamilton’s rush back up the chart, it sets a couple new personal bests, as well as an eye-popping feat for cast recordings.

Highest-Charting Cast Album Since 1969: With Hamilton surging to No. 2, and surpassing its previous high of No. 3, the cast album is the highest charting cast album since the original cast recording of Hair spent 13 weeks at No. 1 in 1969 (on the April 26 through July 19-dated charts). Until this week, Hamilton was tied with the original Broadway cast recording of The Book of Mormon as the highest charting cast album since 1969, as Mormon peaked at No. 3 in 2011.

250 Weeks on the Chart: Hamilton celebrates its 250th week on the Billboard 200 chart. The set has never left the tally since its debut at No. 12 on the Oct. 17, 2015-dated list. That’s the longest run by any cast album since the highlights edition of the original London cast recording of The Phantom of the Opera, which has logged 331 weeks on the list between 1990 and 1996.

A Long, Long Climb to the Top Two: Hamilton reaches No. 2 in its 250th chart week (all consecutive) — the slowest climb to the top two ever on the chart in terms of weeks on chart.

Hamilton was released on Sept. 15, 2015, so it reaches the top two (and a new peak) just shy of the fifth anniversary of the album’s release.

The last album to take longer to reach the top two, in terms of counting between release date and peak date, is Tom Petty and The Heartbreakers’ Greatest Hits. The album re-entered at its peak of No. 2 on the Oct. 21, 2017-dated chart following Petty’s death on Oct. 2, 2017. The album was released on Nov. 16, 1993. When it re-entered at No. 2, it was the 235th week on the chart for the album, as it had not been charting consistently since 1993.

Largest Week, by Units, for a Cast Album: With 102,000 equivalent album units earned, Hamilton tallies the biggest week for any cast recording since Billboard and Nielsen Music/MRC Data began tracking albums by units in December 2014. Hamilton beats its own record, as it previously held the biggest week, by units, for a cast album since December 2014 — when it net 62,000 units on the July 2, 2016-dated chart.

Biggest Sales Week for a Cast Recording Since … Hamilton: With 32,000 copies of the album sold in the latest tracking week, Hamilton tallies the largest sales week for a traditional cast album since Hamilton itself moved 37,000 copies over the Christmas week of 2016 (reflected on the Jan. 14, 2017-dated charts). (Since then, one album categorized as a cast album sold more, but it’s not a traditional musical show recording: Bruce Springsteen’s one-man Broadway show Springsteen on Broadway saw its album open with 38,000 copies sold on the Dec. 29, 2018-dated chart.)

So far, Hamilton has sold 1.97 million copies in the U.S.

Lil Uzi Vert’s former leader Eternal Atake descends 8-9 with 27,000 equivalent album units earned (down 11 percent), and Lil Durk’s Just Cause Y’all Waited 2 closes out the top 10, tumbling 2-10 with 27,000 units (down 36 percent, after its surge back up the chart a week ago, from No. 56, following its deluxe reissue with bonus tracks).