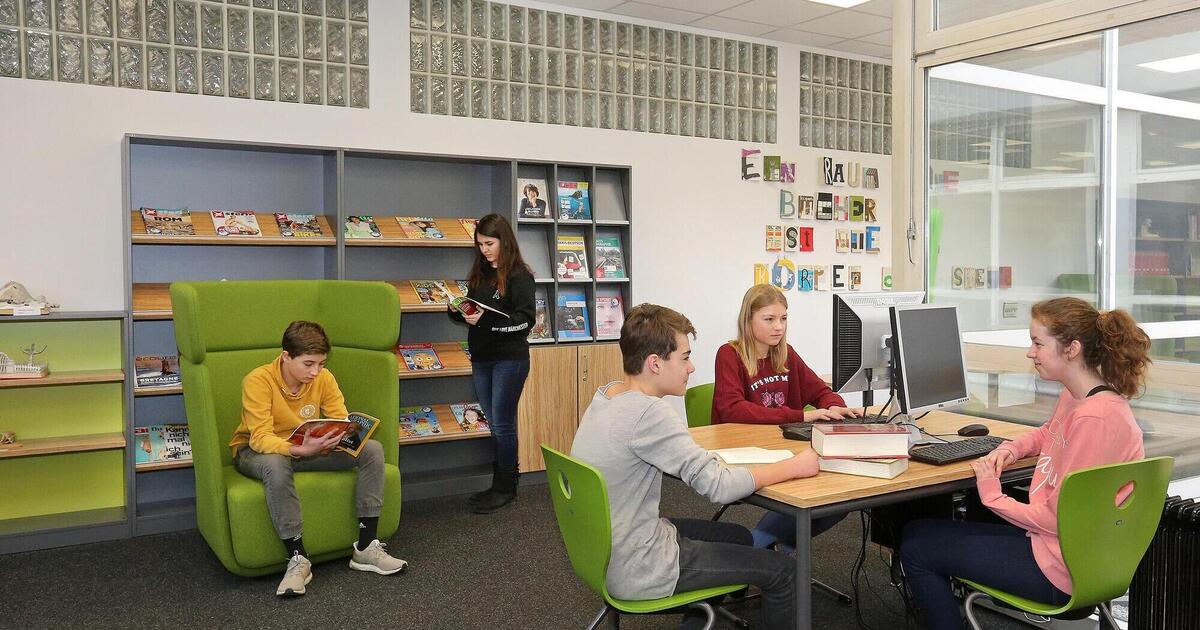 “Save the LesBar” reads an open petition from the online Europa-Gymnasium Wörth, sent by the student as a coat of arms, addressed to the district administration. Library staff dragged them to the vaccination center.

Extraordinary commitment: Pupils in the Europa-Gymnasium campaign for a librarian and justify it verbatim in a petition: “Not long ago, the library in our school was extensively renovated and designed in a place where high school students would like to be able to use their free hours to work Focus, reading and learning. For the younger ones too, the library offers itself as a place to retreat for any free hours they are not allowed to spend in the common room or outside the school premises. After the room was almost completely closed for a long time due to staff shortages, “Fortunately, it could be used again in the last few weeks because a specialist was hired who could take care of library maintenance and lending.” But this was then sent to the vaccination center for a short time, Now EGW is once again without library staff: “This is why we want to work to ensure our school has a permanent librarian so the entire room can be used again.”

Students write that this is very disappointing. In the current situation especially, it’s important to be able to spread out a little bit, “Not everyone has to sit close to each other in the full lounge and the weather doesn’t really allow people to go outside.” Such a large school with a large student body and such a well-appointed room cannot be without enough staff. So far, more than 380 people have signed the petition. Among them is the head of the school’s Parents Council, Stephen Weiss, who has already had this problem with district management on several occasions: “I will also take up this issue in the district school management committee. An investment in a library only makes sense if it can be used.”

For the chairwoman of the EGW Friends, the possibility to use the library is “a matter of the heart. The Freundeskreis have already invested a lot of money in the library. It would be a shame if it was not used.” Of course, as a school we would be very happy if we could make our school library available to students all day long. For independent work, research, and more. Especially since we renovated and modernized the library extensively a few years ago”, and moreover: “But perhaps the library staff in the schools were not planned.” So it was gratifying that a few weeks ago after the closure of the vaccination center in Wörth, the district administration appointed A lady for the school to support her at the library. “But we also understand that the lady at the reopened vaccination center is all the more important in a very precarious situation for all of us.”

The press office of the brigade administration responded to the request: “Contrary to state specifications, the county of Germersheim decided not to terminate the administrative staff working at the vaccination center for operational reasons on September 30, but for a short time. To fill the gap.” The various administrative units can be briefly reinforced on the 1st of October. This also benefited EGW, who used this boost in the library. With the reopening of the vaccination center, the administrative staff has returned to the original and original area of ​​responsibility. There was and is no position in the parking plan to fill the library. In other schools it is customary to support the use of the library through development associations or groups of friends.”