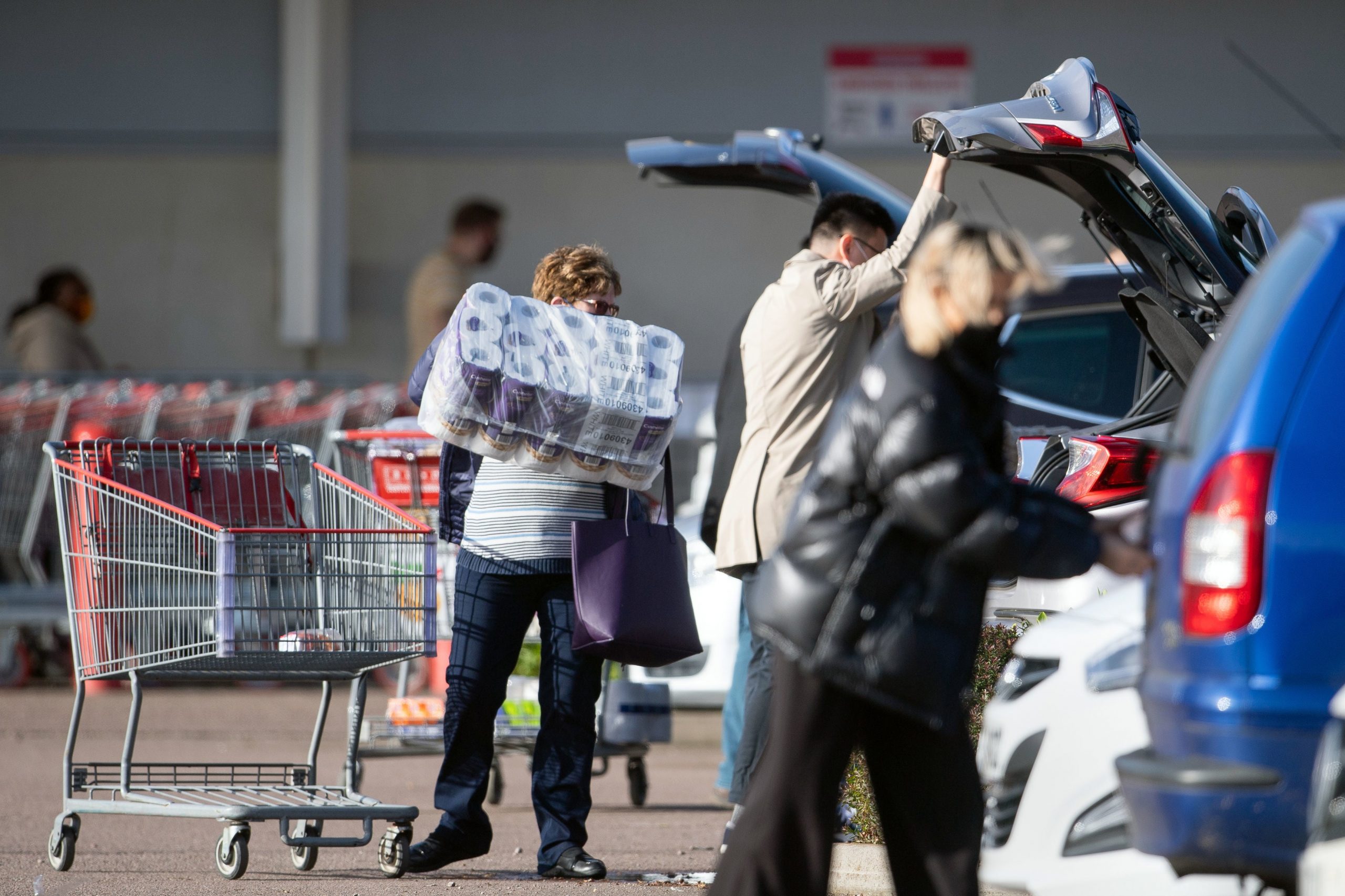 Supermarket shelves across England were stripped down this past weekend before the country entered a second national lockdown.

Pictures of quick queues and loaded trolleys were snapped in stores across the country on Sunday as panicked buyers flock to stock up on supplies.

Under the national lockdown, food stores, supermarkets, garden centers, and some other retailers that provide essential goods and services will be allowed to remain open. However, restaurants, bars, pubs and “non-essential stores” should be closed.

Hundreds of shoppers lined up outside Leicester Costco on Sunday morning, just hours after the prime minister announced that Britons would be instructed to “stay home” until December 2.

Meanwhile, a winding stream of people lined up outside IKEA in Batley, West Yorkshire, trying to stock up on essentials before spending a month inside.

At Sainsbury’s in Weston-super-Mare, toilet tissue shelves were left empty, in agonizing echoes of scenes captured during the first national lockdown in the spring.

The hashtag “panic buying” gained traction on Twitter throughout the day, as people shared their despair over the selfish actions of others.

“There’s no need to do that. You can buy from local stores and markets as well as giants and online with next-day delivery. #StayHome #shoplocal.”

Another pointed out that “supermarkets do not close as they did not shut down in the first place. Stop buying the panic that leaves others without and potentially leads to more food waste in the process. Buy what you want in any normal week, no need at all. To store more! ”

Others shared footage of shoppers moving under multiple packages from the toilets, commenting indignantly, “I think they didn’t learn from last time.”

But singer James Blunt shed light on the situation by tweeting his new book.

He posted a link that wrote: “If you missed the opportunity to buy the restroom while #panicbuying, my book will be out this Thursday.”

Big retailers have added to their online capabilities during the pandemic in an effort to keep up with demand.

British Retail Consortium (BRC) Food and Sustainability Director Andrew Obie said last month: “Supply chains are stronger than ever and we don’t expect any problems with the availability of food or other commodities in a future lockdown.

“However, we encourage consumers to be considerate of others and shop as they normally would.”

READ  Vermouth of Torino's Revenge, produced as it was 200 years ago