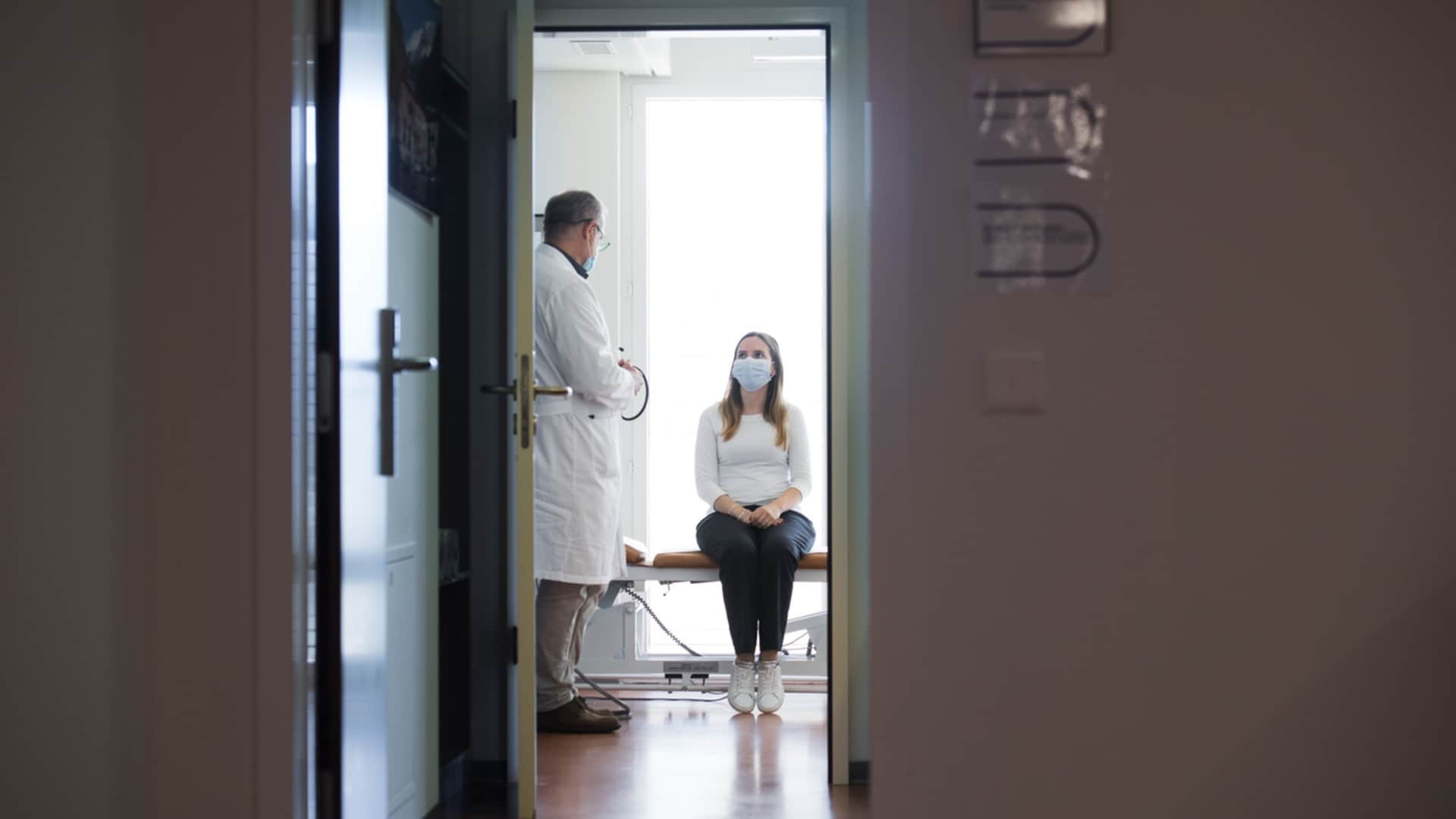 Even a rainy summer seems to affect the way Swiss residents view the pandemic. Like last year around this time, a Sotomo poll commissioned by the Swiss Broadcasting Association (SSR/SRG) shows that Swiss morale has improved. However, it should be borne in mind that this state of mind largely depends on the development of the number of infections, and, accordingly, on vaccinations.

Previous surveys showed strong differences in the mood of the population, with a wave of optimism in June 2020, a moment of frustration in January 2021 and another small eruption of grief in March. But it seems that optimism is back now.

How do we know? Simply by looking at the answers to a series of questions asked by respondents. It is especially noted that the development of the economy is considered much better and that the people questioned are less afraid of losing their jobs or suffering from the financial consequences.

“The progress of the vaccination campaign, the decrease in the number of cases, and the continuation of the opening procedures again contributed to a marked improvement in the perception of the situation,” says the Sotomo Institute.

After a crisis of doubt last fall, when infection statistics reflected a difficult situation in Switzerland, confidence has recovered. Nearly three-quarters (73%) of people surveyed consider Switzerland to be better off now than the rest of Europe, as it was at the start of the pandemic. The pollsters stress the return of a “typical Swiss” sense of superiority.

The appearance of the second wave of the pandemic in the fall made the aura of the Federal Council (government) pale. However, the increase in the public’s confidence in their powers, which was already noticeable in March, is confirmed by this new survey. More than half of the people surveyed (54%) now trust official performance.

“The fact that the Federal Council took up the matter at the beginning of the year and that the measures taken made it possible to significantly reduce the number of cases and reduce hospital overcrowding had a clear positive impact on the reputation of the federal government,” highlights the Sotomo Institute

The inaugural measures implemented by the government were particularly welcome. If in March nearly half of people questioned (46%) believed lockdowns had gone too far, only a third (33%) now share that view.

The current good mood of the Swiss population is largely due to the low number of infections, hospitalizations and deaths. But these results may not be long-term. Today, many regions or countries with variable deltas are imposing new containment measures.

A high vaccination rate appears to be the best way to prevent the emergence of a new wave. But in Switzerland, after the initial recovery, the vaccination campaign slowed down. According to the survey, 60% of the people questioned received at least one dose and 3% were ready to be vaccinated right away. Conversely, 12% prefer to wait and 25% do not intend to vaccinate.

For this reason, some are considering making the vaccine mandatory. But such an idea is not supported by the population. Survey organizers questioned whether vaccination should be mandatory for healthcare workers, a particularly vulnerable population group. 38% of the interviewed are completely against, 12% are against, 5% have no opinion, while 28% are somewhat in favor and 20% are in full support.

Another idea of ​​enforcing vaccination is to pay a non-vaccinated fee in case they get sick with COVID. But this idea is also not attractive: more than half (59%) of the people who participated in the survey rejected it.

While waiting for the situation to return to normal, a COVID certificate based on vaccination, negative test or recovery appears to be the indispensable sesame for participating in important events or traveling abroad.

The majority of respondents (61%) support this testimony. Opponents represent 41%, while 4% have no opinion. The idea that certification is a way to make vaccination mandatory is the argument most frequently made by opponents.

The survey was conducted by the Sutomo Institute on behalf of the Swiss Broadcasting Association (SSR/SRG), of which swissinfo.ch is a member.

This is the eighth survey on the topic of the pandemic since March 2020.

The survey was conducted online between July 1 and 5 among 23,337 people aged 15 and over from all language areas.

Since participation in the survey was voluntary, its developers used statistical weighting tools to make it representative. The reported margin of error is +/- 1.3 pips.

Translated from the French by Marcela Aguila Rubin