Our impressions of the Nintendo Switch OLED: we compared it to the original 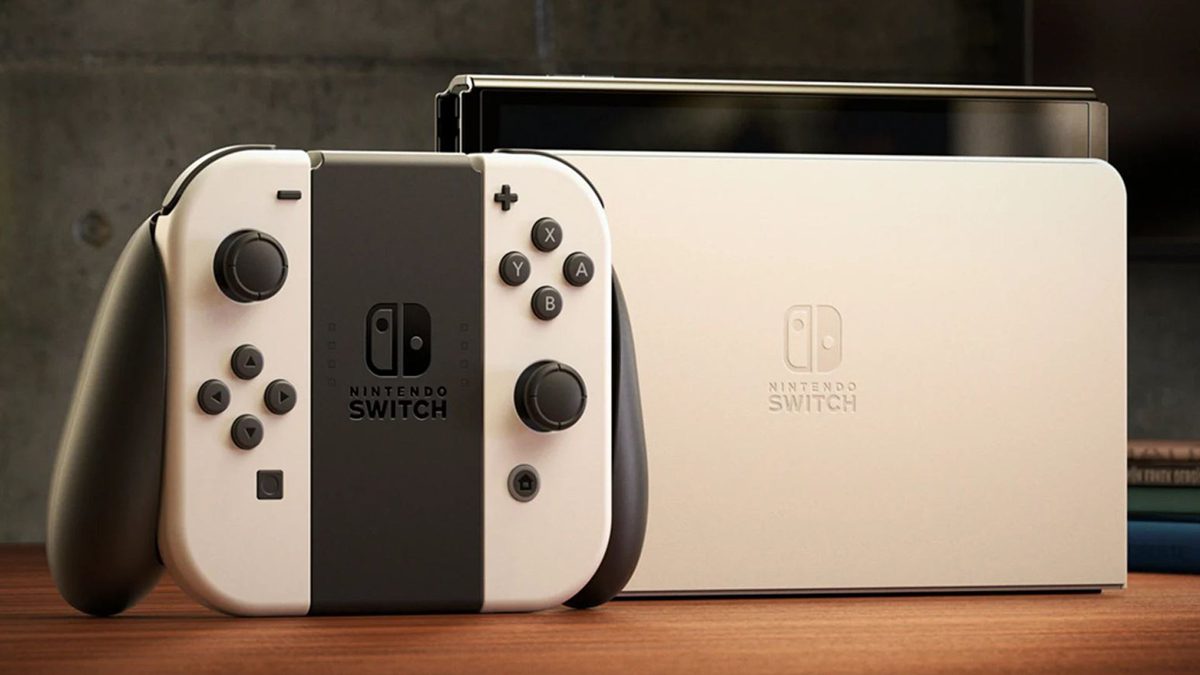 When I was playing around with Nintendo’s recently announced model of OLED Switch earlier this week, things actually looked a lot brighter. I had the chance to play Mario Kart 8 Deluxe and Breath of the Wild on the new model and at the same time compared directly to the original Switch, the vibrant screen showed a clear and impressive improvement. But while the screen and a few other welcome improvements (like the excellent new kickstand) got me excited about the new model, they weren’t such drastic changes that I feel it’s a necessary upgrade midway through the platform’s lifecycle and I shouldn’t miss.

Unfortunately Nintendo didn’t allow us to take any photos and recordings of the OLED Switch, but the biggest difference is of course the screen itself. While the Nintendo Switch (OLED Model), as it’s officially called, is basically the same size as the original (when I put them side by side, it looked just a few millimeters taller at most), its 7-inch screen makes use of the entire surface. Instead of a black edge around it. This might not be a huge change, but it’s very clear compared to the base Switch which has a thicker bezel by comparison now.

The power of the new screen is (intuitively) even more visible when turned on, instantly shining bright and clear from any viewing angle you try. Honestly, it’s no exaggeration to compare how vibrant the screen is to the time the Gameboy Advance SP got a model upgrade with a much brighter screen, making the original Switch look noticeably dull if compared directly. It has richer colors too, and I’m not kidding when I say that the grass fields in Breath of the Wild look almost cartoonish green when compared side by side.

The next feature I got excited about in the OLED Model (which kind of surprised me) is actually the improved kickstand. It’s no secret that the predicate of the original model was poor and unreliable, but I didn’t expect this version to provide such a solid datum that was an actual problem with the previous model. Not only does it extend along the back of the device, but its hinges offer enough resistance that you can easily tilt it to almost any angle and you can be sure it stays that way. The kickstand is very sturdy with the same matte texture found on the back of the Switch Lite. Were it not for the fact that the charging port is still blocked while standing, I would have said that the need for a third-party carrier is no longer necessary.

The new predicate is excellent, which can Easily tilt it to almost any angle collectible.

The built-in speakers have also been improved somewhat, providing better sound quality when playing without headphones. I’m not very into sound quality but the difference was definitely noticeable, if not totally amazing, as the music Mario Kart It didn’t sound faint, nor did Zelda’s voice sound Breath of the wild It was more profound. Honestly, I hardly ever use it converts Without headphones, which is not affected by the model You are Not at all, but it’s still a huge improvement for people who don’t use headphones much.

The base has also been improved converts Also slightly polished, with many of the sharp edges that gave it a bad reputation for scratching screens around launch. The port has also been switched USB The one on the back (which now has a fully removable cover) has an outlet LAN To enable a wired Internet connection without the need for a third-party adapter, which unfortunately I could not test myself. These changes look as if nintendo It tries to address the tough issues that plagued the original base design rather than introduce drastic changes to buy it, but those changes are welcome anyway.

All of these improvements (including 64 . expanded storage)GB) for $50 more than the base model is a great value, which is an obvious choice for anyone who wants to get a device converts for the first time. But for people who already have the original model and don’t need another device, this relatively small list of additions isn’t entirely convincing, especially when the model still lacks basic things like support for a built-in Bluetooth headset. And if you’re someone who mainly plays on TV, you’re practically only going to pay for a slightly better base and some extra storage, as the TV’s screen is obviously You are And the predicate do not provide any benefits to an outlet HDMI 1080p by the base.

I don’t mean to underestimate the importance of the new screen at all, I just want to say that the difference between entering a world converts As a new player or just doing the upgrade while you have the device is a tangible difference here. The screen may look better than what I have now, but that’s not a massive improvement that makes my device converts The original suddenly looks substandard, and it’s also not a device.”Switch Pro“It’s been rumored a lot, so the games themselves wouldn’t work any better on one model than the other anyway. If there was a way to pay the extra $50 and magically add these new features to a console. converts The original I would have done without hesitation. But paying several hundred dollars to get a few little improvements is not enough to tempt me personally to buy.

See also  Use the best features of iPhone 12 Pro Max