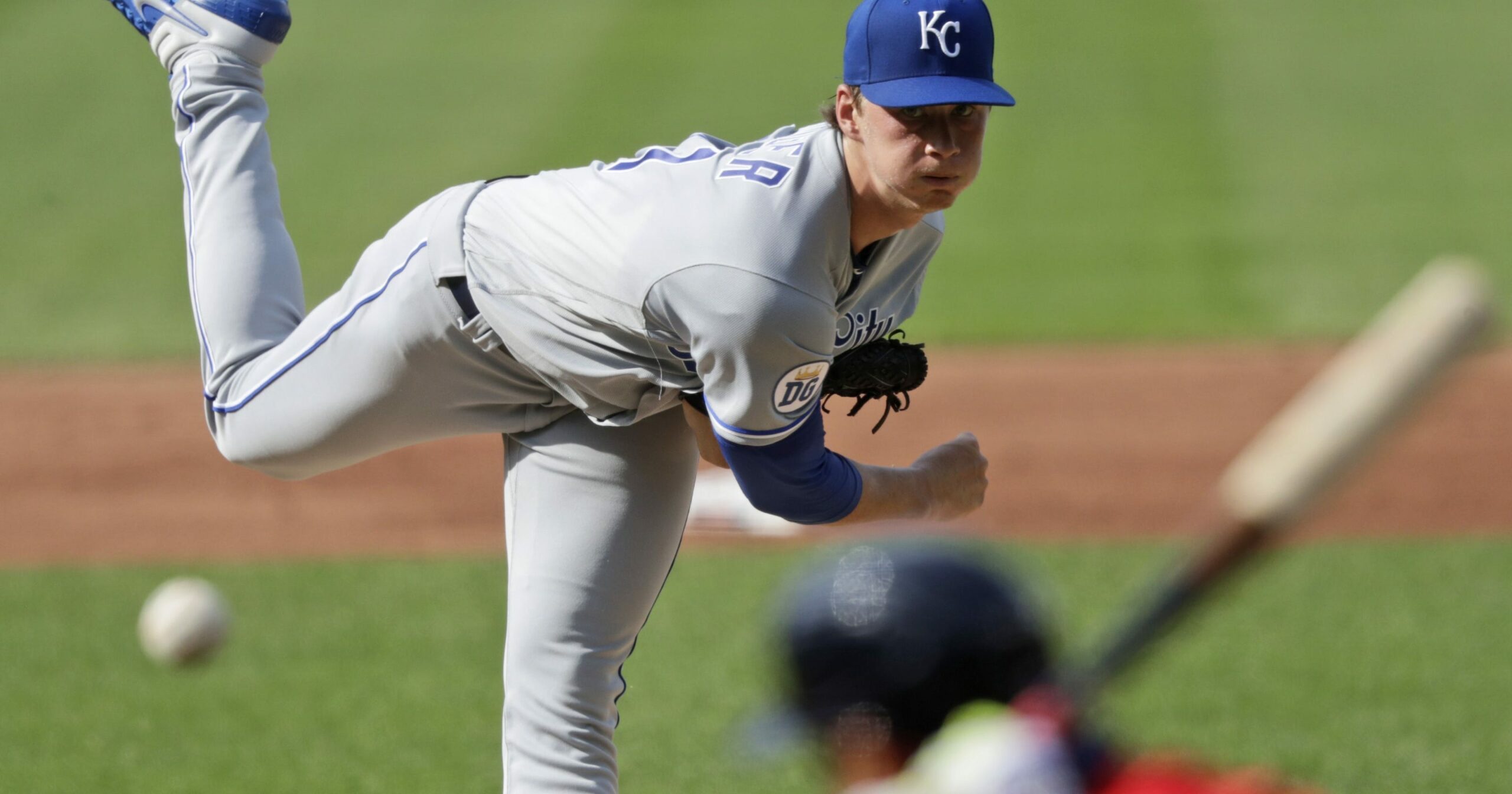 As the 2018 MLB draft approached, the Detroit Tigers had a list of five prospects to choose from with the No. 1 overall pick.

Florida right-handed pitcher Brady Singer made the list, probably as the fourth or fifth man in the mix, ESPN draft analyst Kiley McDaniel said Tuesday. Of course, the Tigers went with Auburn righty Casey Mize, who is now at Fifth Third Field in Toledo awaiting a call to pitch in the big leagues.

But for a while — especially through the 2017 campaign and into the winter — Singer to Detroit seemed like a lock. He was projected No. 1 by Baseball America in October, then by two MLB.com writers in December — a clear preseason favorite entering the 2018 season. 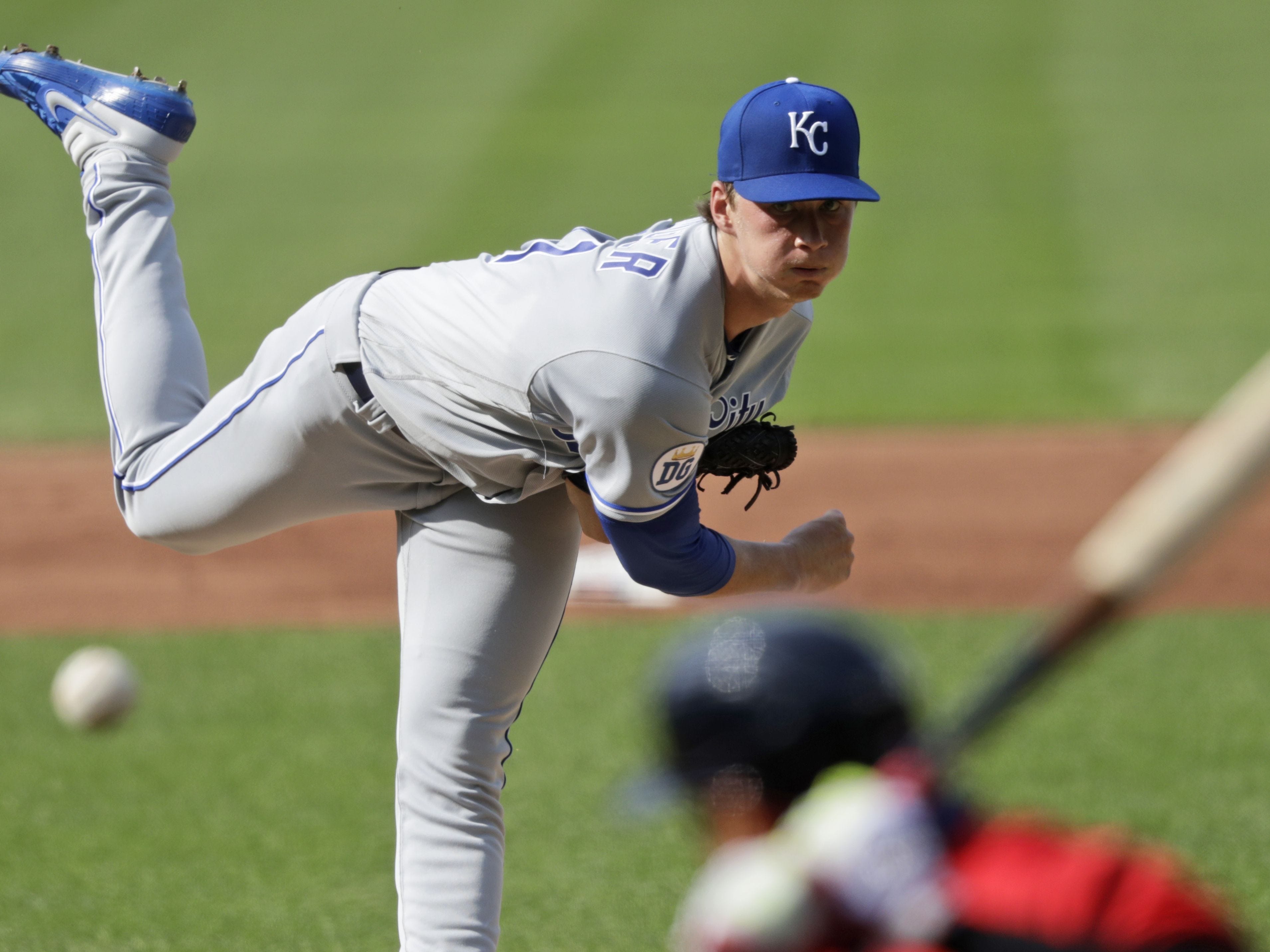 On Thursday, Singer will make his Comerica Park debut.

Not as a rising star for the Tigers, but as a member of the Kansas City Royals, after sliding to the No. 18 pick in 2018 and making the 30-man roster for 2020’s 60-game season. He debuted Saturday against the Cleveland Indians, allowing two runs on three hits in five innings with seven strikeouts and two walks.

The performance matches the scouting report from his former college coach.

“A fierce competitor, strike thrower, moves the ball around in the strike zone,” Florida coach Kevin O’Sullivan said Tuesday. “He has the ability to minimize damage, and he’ll give you quality start after quality start. I’m really excited for him to get the opportunity.”

[ Casey Mize was groomed to be Detroit Tigers’ No. 1 draft pick. Here’s how ]

While Mize is still waiting for his moment, Singer is living his dream.

“I went to an incredible team,” said Singer, who didn’t want to elaborate Wednesday on the draft process. “I wouldn’t change anything about it.”

In April 2018, Mize and Singer squared off for No. 22 Auburn and No. 1 Florida, respectively, in an SEC showdown. Despite Mize’s 10 strikeouts, he allowed three runs (two earned) through seven innings in a 3-1 loss. Singer tossed 108 pitches and gave up just one run on four hits with eight strikeouts to get the win.

“Should be a big game,” he said about battling with Mize down the road. “Could be fun.”

Singer got the wins on the field, but Mize was the winner off it, claiming most draft pundits’ No. 1 spot ahead of their April clash. Over a couple of months, plenty had changed on draft boards. Most of that had to do with Mize’s junior season: 10-6 with a 3.30 ERA, 0.872 WHIP, 156 strikeouts and a mere 16 walks in 114⅔ innings. 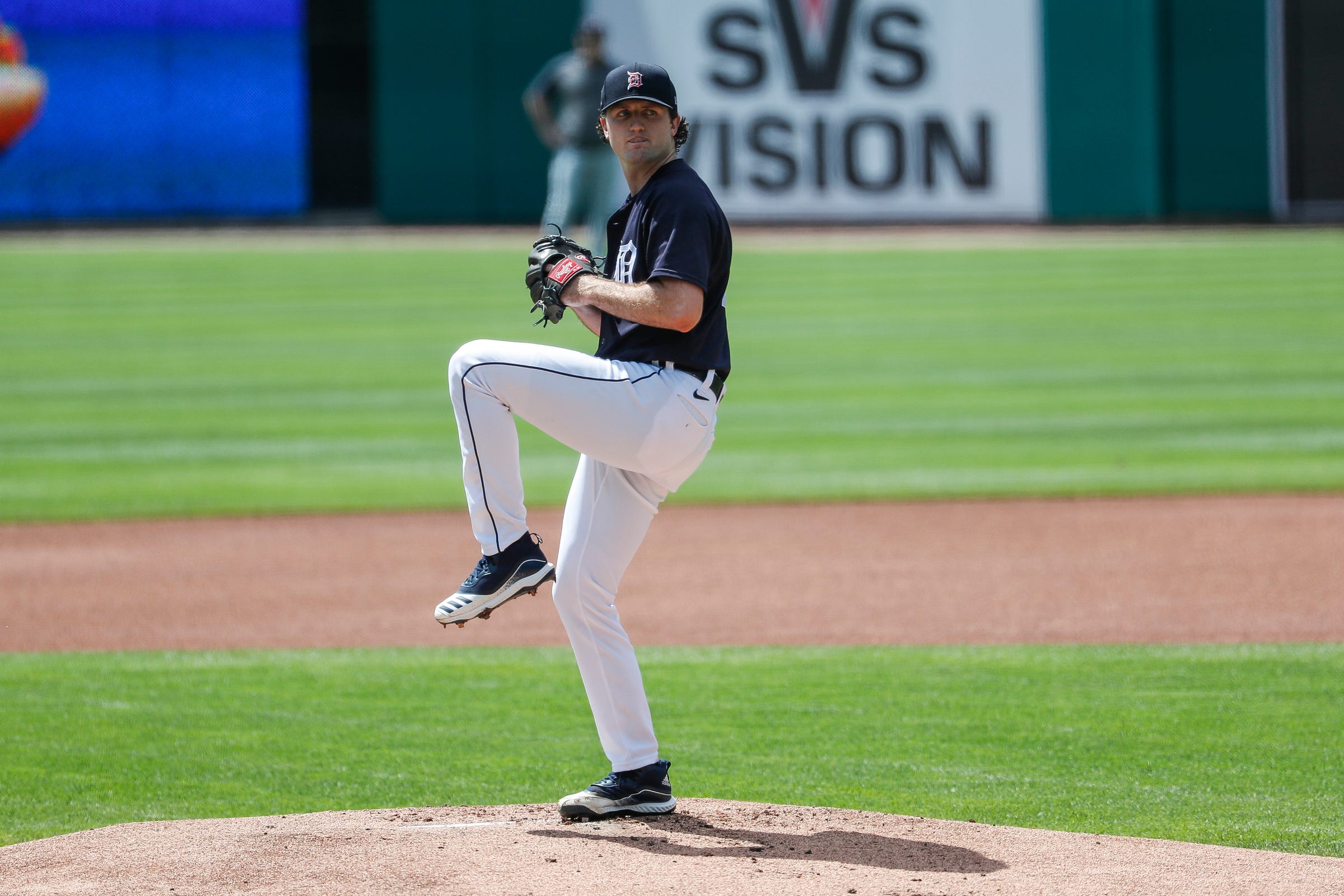 Mize’s ascension started much earlier than that, though.

Singer’s front-runner status had begun in 2015, when the Toronto Blue Jays drafted him in the second round, 56th overall (he didn’t sign because of a reported medical concern). Mize, however, was a virtual unknown, going undrafted out of high school in Springville, Alabama, before heading to Auburn..

Singer’s dominance for Florida muted the injury concerns, mostly, as he rose to No. 1.  But by his junior season, it became clear that none of his top three pitches — fastball, change-up and slider — were “plus-pitches,” scout-talk for elite pitches.

“He was sort of passed by a number of other players, for me, but it does sound like there were some teams that saw him as a top-five overall prospect,” McDaniel said. “I would say the number of teams that would have actually considered him on merit to be close to as good as Mize would be a very small amount of teams. Maybe no teams.”

READ  Tracy McGrady and Jermaine O’Neal Have Been Conversing. They’re Starting up a Athletics Agency.

There wasn’t a clear-cut No. 1 pick in 2018 such as Stephen Strasburg in 2009 or Bryce Harper in 2010. Mize was projected around the 15th pick entering the season. And Joey Bart and Alec Bohm, who went second and third, respectively, also weren’t consensus top-10 selections at the time.

“I think they saw Bart as the most reasonable other option,” McDaniel said. “Incorporating a lot of analytics into their approach, and because Bart had a high strikeout rate, they could not justify taking him up there.” 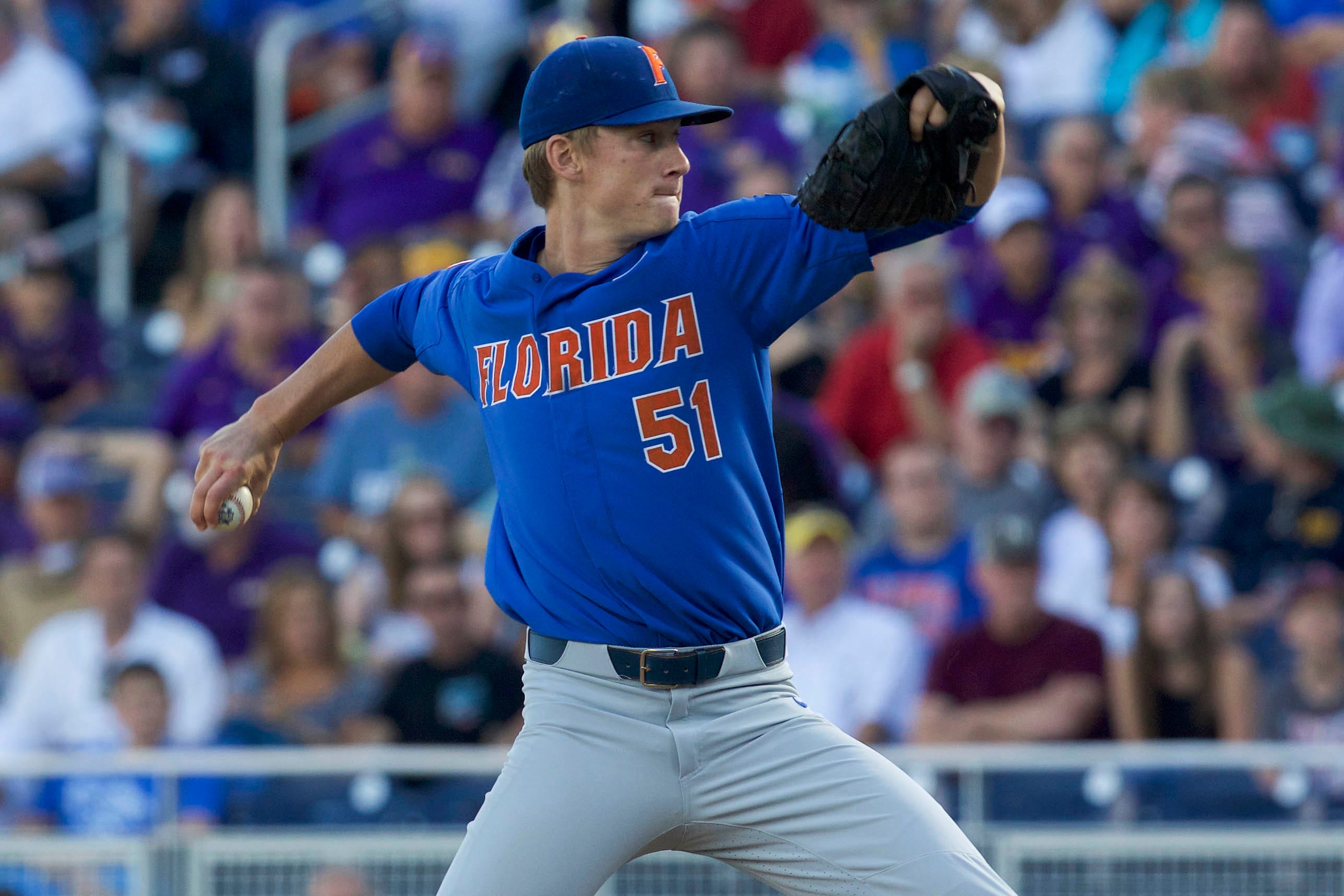 The only chance Singer truly had was with his array of above-average pitches, above-average command and positive track record. Those were important factors. But without a plus-pitch, the Tigers passed on him and he slid to the middle of the first round.

Mize’s pitch selection and control continued to improve, factoring in a plus-plus splitter in the mid-80s and a fastball that touches 97 mph. That’s why the Tigers took him.

“He’s got size, a great fastball, really good command,” O’Sullivan said. “He’s got a tremendous slider. They might want to call it a cutter (splitter), but he really developed over his career at Auburn. He’s one of many, many great pitches in our league.”

He said he always gets in trouble when he does, probably alluding to his July 14 comment: “I’d like to have him — right now. He’s moving really quickly and for me, it can’t be quick enough.”

But the third-year manager promised something when he spoke Tuesday: “He’s doing great” in Toledo with the reserve squad. With service time concerns coming into play, it’s unknown when exactly the 23-year-old will get his chance. 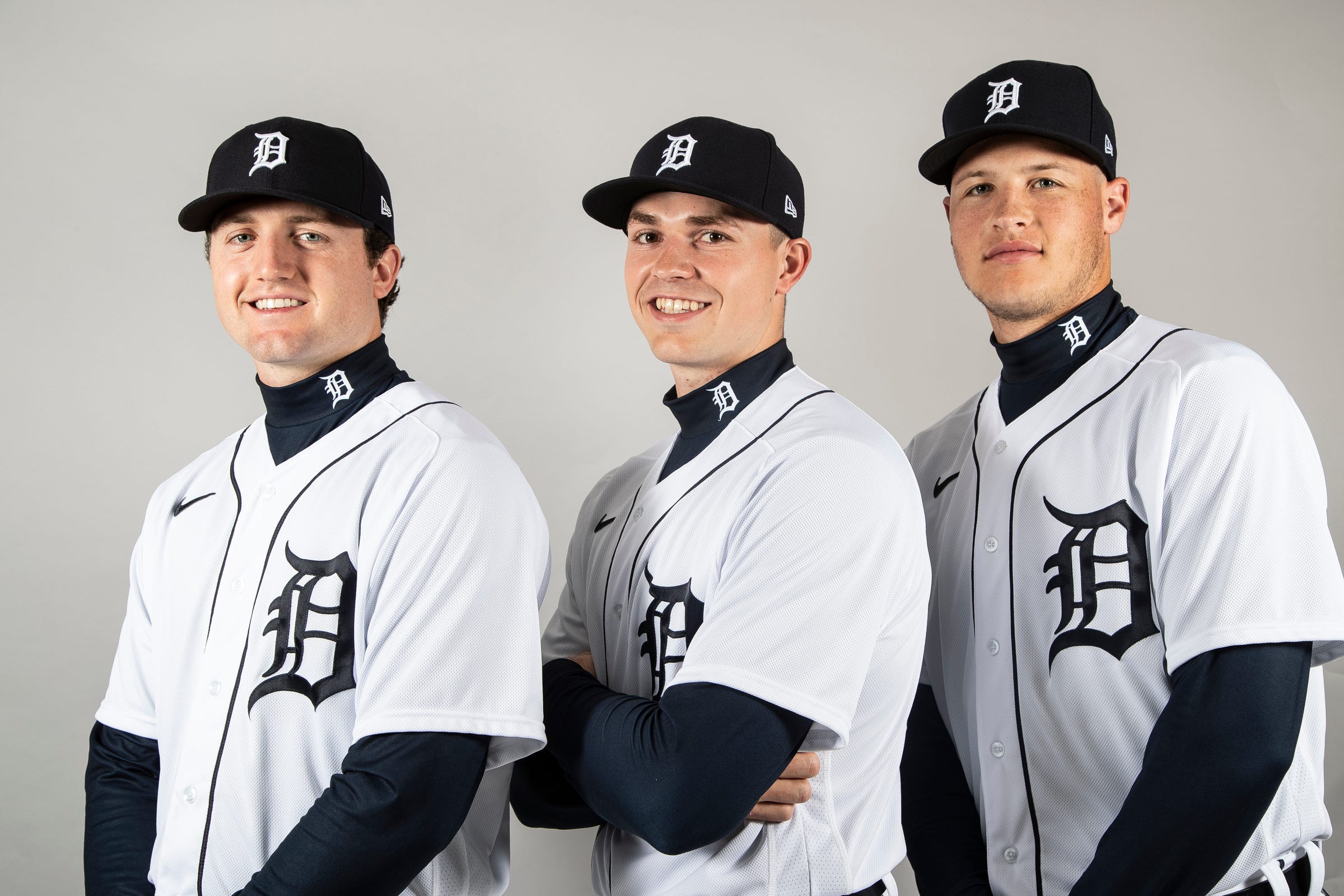 Here’s what McDaniel, ESPN’s draft expert, said regarding Mize getting to the MLB this year: “There’s no reason to think that him and (Matt) Manning wouldn’t be two of the top five starters this year. There’s no incentive to throw them up there. If the season gets canceled after two weeks, and you had them up there for the first two weeks, it was an entire year of service and you got almost nothing out of it.”

Through 21 starts last season between High-A Lakeland and Double-A Erie, Mize had a 2.55 ERA, 0.94 WHIP and 4-to-1 strikeout-to-walk ratio. He recorded a 98-pitch no-hitter in his Erie debut.

[ Detroit Tigers’ Casey Mize takes on Miguel Cabrera with no fear: ‘He was filthy’ ]

“Our expectations are high that he’s going to be one of our workhorses,” general manager Al Avila said July 20. “He’s a pro, and he’ll go down there and work hard.”

As Florida’s coach for 13 years, O’Sullivan doesn’t doubt what Avila says. While instructing Singer for three years, he watched a Mize from a distance.

He won’t compare the 2018 draftees, but he knows both have a bright future ahead.

“I think every pitcher is different,” he said. “But going back to Casey, I would say the same thing about Brady. There’s no question they were going to get to the big leagues and get there pretty quickly.”

The Free Press asked candidates up and down the ballot for their positions on a host of issues. Enter your address to see what the candidates on your Aug. 4 ballot had to say. Because the districts that these candidates run in can be very specific, you will only see an accurate ballot if you enter your full address. Your information, address and e-mail address if you enter one, will not be shared.