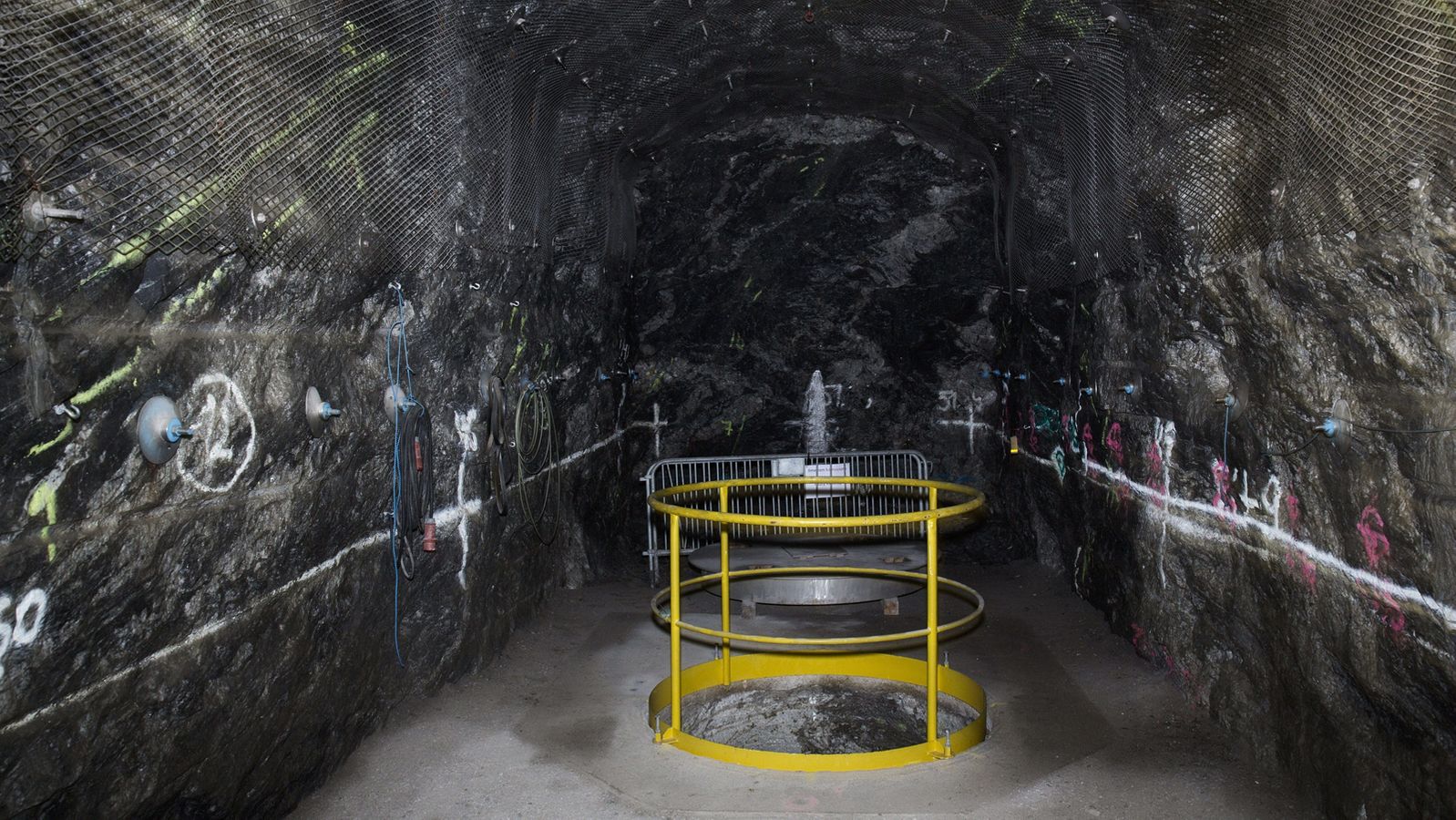 For Finland and Sweden, that remains The use of nuclear energy Also important in the future. The share of nuclear energy in Sweden is currently about 40 percent, and in Finland about 30 percent, but according to plans it could be doubled. Few Finns and Swedes oppose it and also take responsibility for the disposal of radioactive waste. Finland is a leading global company and it has already started building.

The problem of immortality

But there are critics, too. What would people on Earth do if they were still around in the distant future and if they suddenly stood atop the Finnish nuclear waste repository, which had been closed for so long? Will they recognize danger and turn away, or dig, dig and possibly die as a long-term consequence of Finnish nuclear policy? These questions are asked by the award-winning documentary “Into Eternity” in German, “Forever”.

The film is one of the few critical statements, while in Finland – with the exception of parts of the Green Party – nearly everyone across parties relies on nuclear power.

The search for a warehouse in Finland began in the mid-1980s. About 20 years later, the municipal council in Eurajoki, western Finland, approved the plan by 20-7 votes to build this warehouse near the long-running Olkiluoto Energy Complex: It is called “onkalo”, in German “cave”, but also “hiding place”.

Jobs and tax revenues – 60% of the locals were in their favor. There was even an almost unanimous majority in the Finnish Parliament. The Minister of Economic Affairs at the time, Olli Rehn, celebrated the “launch” of this project, which was estimated at three and a half billion euros, after granting the building permit to the first warehouse in the world.

“Finland is thus at the forefront of nuclear waste treatment worldwide. This also commits Finland to handling these things responsibly and above all, safely, in the future.” Olli Rehn, former Finnish Minister of Economy

Soon the first nuclear waste containers will be flooded

Tunnels were dug into granite to a depth of about 500 meters. The rocks have been studied for a long time and many experts assume that high-level waste from Finnish power plants can be stored there for at least 100,000 years.

The Oncalo nuclear waste repository is earthquake-proof, there is little to no groundwater, and in models, the reservoir itself has survived a new ice age. The first copper-coated nuclear waste containers will now be sunk into holes from 2023 and then sealed. After about a hundred years, Onkalo will be full and closed forever.

But how are people supposed to know, in the distant future, what is in granite and how dangerous is it? Should you warn them with stone pillars or should there be a complete demolition on the roof, littered with forests, undetectable? One of the many open questions in Finland. However, the majority see “Onkalo” as the best solution to today’s warehouse problem.

The warehouse location is also shown in Sweden. Forsmark could be in the municipality of Osthammar, 140 kilometers north of Stockholm. Since the 1980s, a sixth of Swedish electricity has been generated at the domestic nuclear power plant, and if local politicians have their way, the Swedish repository of highly radioactive nuclear waste will also be built there.

As in Onkalo, it is about 500 meters deep in the rock and is also said to be safe for 100,000 years. Just a few days ago, the council gave “approval” to a community of 20,000 people, which is wealthy due to the power plant and the large machinery factory. Maybe it wasn’t about money and jobs in the first place, everything was there. Although more things are always welcome in Östhammar.

Many citizens trust the state and the authorities

Perhaps the confidence Swedes traditionally have in authorities and the state is the main reason not to bother almost anyone; Trust people like Counselor Jacob Spängenberg, who believe the system is safe. “We consider that all requirements according to the analyzes of the Radiation Safety Authority and the Environmental Court are met. The insofar as we can judge them as normal people, long-term security is provided.”

Most people think so, but not all of them. Tora Degeld has her doubts. She wonders if the Swedish citizens may not have received all the information about the risks. “People in Ostamar don’t particularly care. But then I wonder why are they anxious elsewhere in the world?”

Small consolation for Tora: The construction of the Swedish warehouse cannot be started yet. The final decision rests with the government of the Red and Green minority in Stockholm, which is still under study. Red-Green wants to exit nuclear power in the long run. But the bourgeois opposition in Sweden sees it differently. It considers nuclear energy safe and above all “climate-friendly”. The opposition can win the next elections within two years.