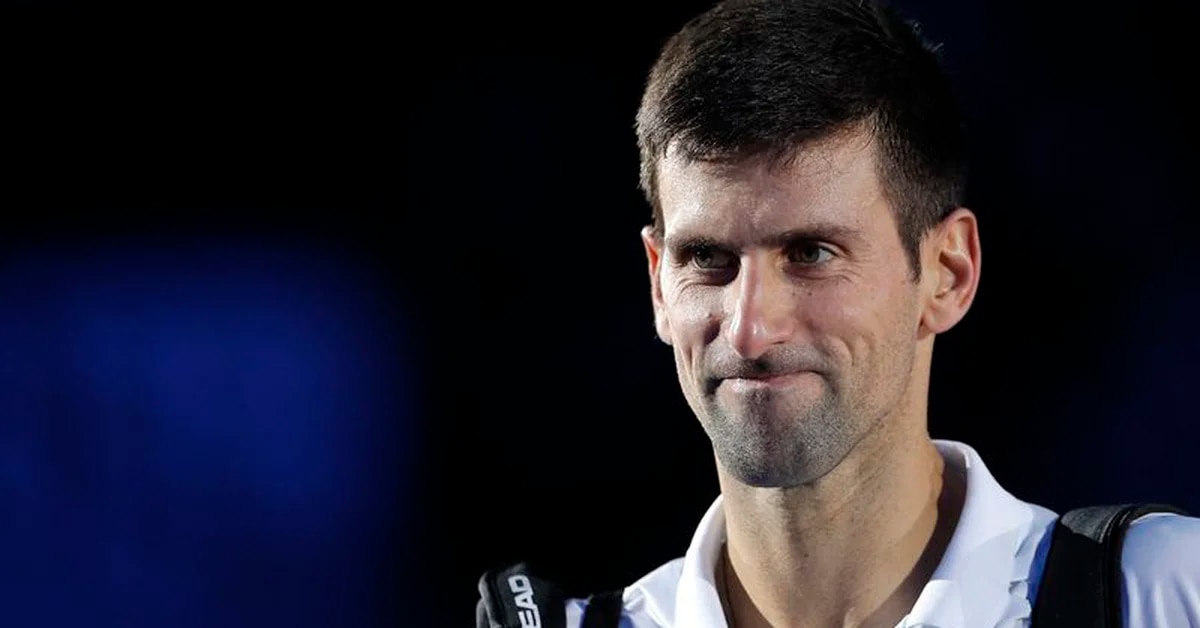 Novak Djokovic prepares his legal arguments to stay in Australia

Novak Djokovic, the world number one tennis player He prepared his legal weapons on Sunday to stay in Melbourne and defend his Australian Open title, Arguing that he meets the requirements to test positive for COVID-19 in December.

Djokovic struggles to reverse his visa cancellation and is out of custody at Melbourne immigration center It will conclude Monday in an online hearing in federal court.

Serbs are kept in seclusion in the former Park Hotel, a five-story facility It shelters about 32 migrants trapped in Australia’s harsh immigration system, some for years.

Nobody can get in or out except for the staff.

A few protesters gathered Sunday morning in the street in front of the shelter, where hundreds of Djokovic supporters, anti-vaccine activists and immigrant advocates had marched the day before.

Dozens gathered around the shelter where Nol was located

With the Australian Open kicking off on January 17th, Any delay could complicate the 34-year-old tennis player’s ambition Winning his 10th title in Melbourne and his 21st Grand Slam.

Judge Anthony Kelly indicated that the hearing would take place on Monday at 10:00 am (11:00 pm GMT on Sunday), thus rejecting the government’s request to postpone it to Wednesday.

Djokovic’s lawyers filed this Saturday A 35-page document in which they said the visa was canceled by mistake And that he must be restored in order to be able to compete.

They pointed out that Djokovic’s PCR test was positive on December 16, 2021 It meets the criteria for exemption from the COVID-19 vaccine, according to Australian Standards.

tennis organization Australia granted him an exemption to participate in the tournament His lawyers said after his application was approved by two independent medical committees.

However, the Australian government insists Proof of recent COVID-19 infection allows exemption only for residents, No to foreigners seeking to enter the country.

Australia still restricts entry to foreigners, and those who They must be fully vaccinated or medically exempt.

Despite Djokovic’s claim that he tested positive for the virus on December 16, the Belgrade Tennis Federation released the photos They’re showing it at a youth players event in that city on December 17th.

The organization stated that the tennis player presented cups and prizes to the participants, and none of them appeared wearing a mask.

Djokovic He also attended other worshipers on December 16 When the Serbian Postal Service issued a series of stamps in his honor.

Then he commented on his Instagram account, “Thank you to my honorable country for this rare gift.”

Djokovic’s lawyers presented a 35-page document on Saturday in which they said the visa had been canceled in error.

The tennis player’s lawyers argued that he faced an “unfair procedure” because Australian border officers held him for eight hours at Melbourne airport, always “incommunicado”.

Djokovic He asked for some time to rest and consult with his lawyer But immigration agents convinced him to let them make an immediate decision to cancel his visa, according to the lawyers.

Also, his requests to move to another facility where he could train for the Australian Open were ignored, according to lawyers.

See also  The coronavirus probably spread widely across the U.S. as early as February, the model suggests

The center became known last year when a fire forced the migrants to evacuate and the food was reported to contain worms.

“We managed to get him to have gluten-free food, exercise equipment and a computer,” he told Serbia’s Pink TV.

In an internal video posted on Saturday, Australian Tennis Club manager Craig Tilley said the entity had done “everything it could”.

Another tennis player who was going to the Australian Open, Czech Renata Vourakova, Your visa has been canceled after you were initially allowed to enter the country, His government confirmed.

An Australian government source said she left Australia on Saturday night, after being held in the same facility with Djokovic.

She told the Czech press that it was “a bit like being in prison”.

Even if Australia has tightened restrictions to combat the wave of infection Victoria, where Melbourne is located, which is linked to the Omicron variant, recorded 44,155 cases on Sunday.

The federal judge in charge of the Djokovic case warned the tennis player’s lawyer Thursday that justice will advance at its own pace throughout the process, ruling out the possibility of it being speeded up to facilitate participation in the Melbourne tournament.

The three arguments Djokovic made to justify his medical exemption in Australia and his request to leave the hotel
Australian Open medical exemptions report: Novak Djokovic confused?
Pictures of Novak Djokovic sparked more controversy after the special permission he was given to play the Australian Open
See also  L. A. Galaxy broke up with a player whose wife was posting offensive Instagram posts