Nicolas Abdelkader is redesigning planes and ships as giant plantations 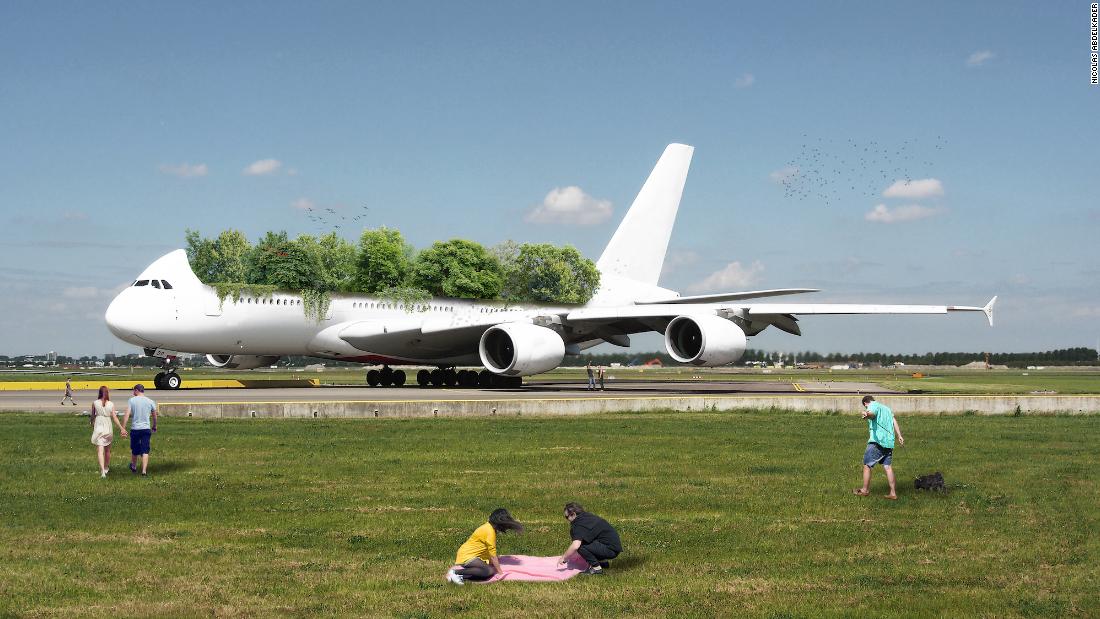 With road traffic, global trade and demand for flights declining drastically during the Covid-19 pandemic, French designer Nicolas Abdelkader proposed a bold new use for the world’s fuel-burning vehicles: turning them into giant plantations.

In his new photo project “Emergency to Slow Down”, the designer imagines a post-pandemic world in which airplanes, ships and cars are transformed into plants and trees.

Creation Abdelkader digitally manipulated the images while they were locked up in his home in Paris, saying they were an objection to the slowdown in energy consumption. He hopes the images, which he describes as a “chimerical vision of a post-productivist society,” will help viewers think about what kind of world we will return to after a pandemic.

The French designer described the paintings as “a chimerical vision of a post-productivist society”. Credit: Nicolas Abdelkader / N. Stambach

“I wish people could question their ‘current’ place in the world, their attitude towards nature and the impact of their decisions – especially on consumption – on … biodiversity in general,” he said via email, adding: ” Yes, planet Earth is sick. Yes, it is frightening. But to heal and heal us too, I believe we need more than ever joyful perspectives and positive messages to help us be creative collectively. “

In May, passenger demand for flights was down 91% previous year, according to the International Air Transport Association. Due to reduced vehicle use and industrial activity, the decline in pollution has dropped dramatically in recent months, and satellite images show a sharp drop in nitric oxide levels in industrial areas around the world.

“I think I’ve stored a deep anger at the lifestyle (which is) basically based on production and consumption, which have become the main means by which we create our own sense of value,” he said.

The designer hopes the images encourage people to reconsider their consumption and energy consumption after the world emerges from the Covid-19 pandemic. Credit: Nicolas Abdelkader / Tzorn

As the founder of the now defunct Parisian design company Studio NAB, Abdelkader often came up with inventive ideas for rethinking the way cities operate, alongside working on furniture and architectural design. He even suggested turning the roof of Notre Dame Cathedral in the greenhouse – together with a spire filled with a basket – after the church was badly damaged in a fire in 2019.

And while he has yet to work out precise mechanics – or even feasibility – to turn the idea into reality, the newly founded Abdelkader Superfarm intends to combine architecture, agriculture and agronomy to reintroduce greenery into urban spaces.

“If we can (we) take the initiative to send rockets into the stratosphere with billions of dollars, which is really not the most necessary activity for humans,” he said, “we can completely change the role of our vehicles to make beautiful plantations!”