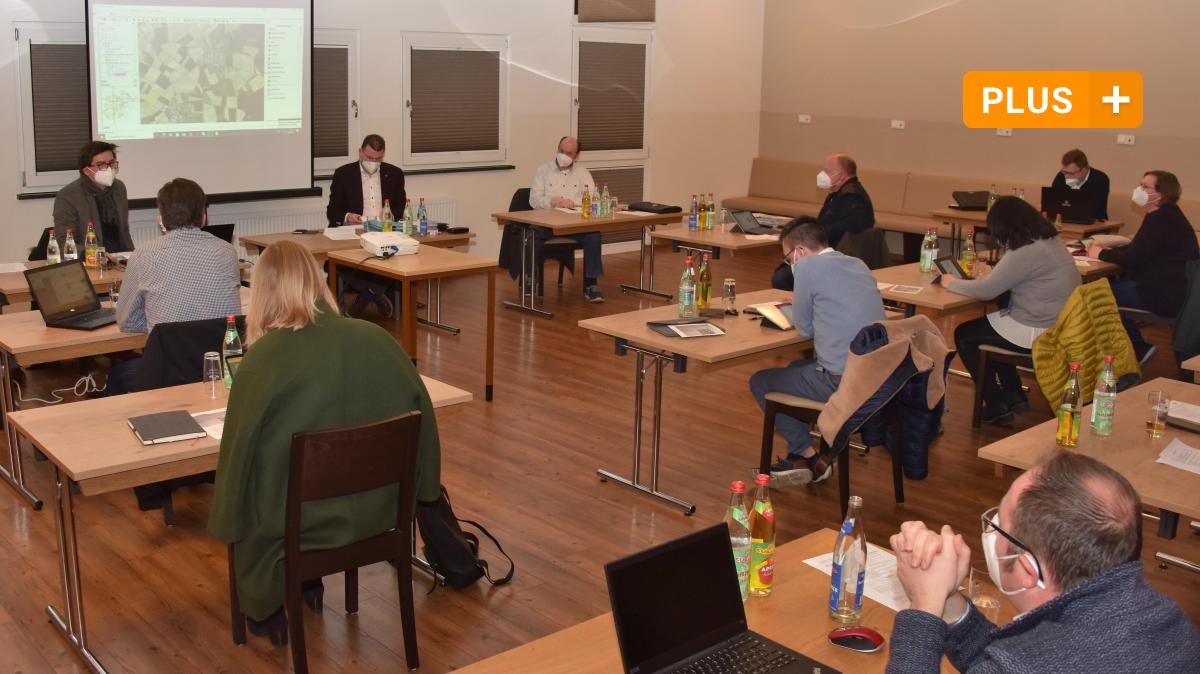 Plus
Recently an infected person was able to isolate all the people who were in a room with them. How can local councils meet under these conditions and why are there criticisms of Peter von der Grün.

Local councils in Bergheim had to dress warmly on Monday evening. Instead of being held in the cozy community center, the board meeting took place at the new fire station – with the gates open. The fresh air event at 11 ° C was not required, but given the location, Mayor Tobias Ginsberger’s best solution was. Because the quarantine regulations of the Robert Koch Institute had tightened dramatically, there was no other alternative to Gensberger. I can’t stand half the management in quarantine if the worst happens for the worst. But even more than the new specs for RKI Criticizes district manager Peter von Grün’s crisis management.

These are the provisions that recently forced Kaltenstadler’s bakery in Neuburg to close its store for a week. Because since April 1, everyone who has been in the same room with an infected person for more than ten minutes must be in quarantine – even if the distance is preserved and the FFP2 mask is worn. The only thing relevant in this context is the size of the room. However, RKI does not provide any specific information here, but only talks about a “room with a potentially high concentration of infectious aerosols”. At the end of the day, the local health department has to decide whether the room is big enough or not.

Gensberger would have liked to hear from the Newburgh Health Department about the precautions needed to protect the entire city council, including the administrative staff, from quarantine. But regardless of the message recommending him to go to the gym, he has not received any guidance. It would be essential for him to know the size of the hall it should be in and the number of people permitted in it so that there is no “potentially high concentration of infectious aerosols”.

That’s why Gensberger made the decision to hold a city council meeting at the fire station with the gates open. “It is not raining on us while I am upstream,” he says of the situation. The next stage will be the outdoor gathering – as was recently the case at the Heimberggruppe Water Association meeting.

Tobias Gensberger finds RKI’s new quarantine requirements “under all errors”. Not only can you paralyze entire companies overnight, but you can also render departments unable to function. Gensberger finds it particularly outrageous that he has received no support from the highest local authority during this period. “You can’t have a district manager who doesn’t make decisions in this situation,” criticizes Bergheimer. He criticizes the slowdown of crisis management in the district office, placing more weight on legal nuances rather than quick, pragmatic solutions.

Gensberger would like the district manager to be more decisive and lively. “In a crisis, someone has to show the way,” he says. But he doesn’t see that leadership quality in Peter von der Grün. “I was and certainly am not a friend of Roland and Change. But during this crisis he would have delivered us completely differently.” Ginsberger sees not only the decision-making process but also the lack of information. He complains, “We mayors are not getting any information.” The last call was three years ago. Weeks… During times when the regulations and specifications change constantly, that is not enough. “If we meet once a week for half an hour, everyone will know their way.”

District Director Peter von der Grün sees himself as a regional authority in the same boat as the local authorities. “As a rule, we get new information only through press conferences and then only through the government.” In the case of the new quarantine regulations, the county office could not inform him in advance because he had no information himself. The Ministry of Health faced new challenges that they could not solve from the hip. In the next few days, mayors should receive a further information letter from the Ministry of Health.

Regarding the position, Peter von der Grün can certainly understand that some of the criticism is loud – ultimately also due to the slow development of the rapid test centers. “Everyone is at the limit, everybody wants to stop – and every week it gets worse.”

Michael Bohm: “Obviously I’m missing the instructions” from the Department of Health

So today, tomorrow – it’s the dynamic mode that makes planning so difficult at times like these. Society too Eckirchen He would have liked to have received specific recommendations for action. But when asked by the health department, they said that guidelines can change so quickly that they can only provide updated information. Between April 1st and April 9th ​​only, RKI reviewed contact person management three times. In this sense, Ehekirchen is still waiting: “We are considering moving from Schützenheim in Haselbach to the multi-purpose hall in Ehekirchen,” says managing director Stefan Fäustlin. However, since the next meeting will not take place for three weeks, there is no need for a decision at this time.

On the other hand, the Rennertshofen community will change the place. Last week, the city council meeting was canceled in a short time because the administration had discovered the new bylaws the night before. The meeting will be rescheduled for Tuesday – in the parish hall, as there is better ventilation, says Director Andreas Cherny. In addition, all city council members can take a voluntary express test in advance. In Donau-Apotheke, the community blocked a time window for this.

There will also be express tests in Burgheim ahead of the meeting on Wednesday – though not on a voluntary basis, but mandatory. Mayor Michael Bohm wants to be absolutely sure. The test obligation applies to all participants – board members, press representatives and visitors. Bohm made the decision for his community because there was no recommendation from a higher authority. In the email he received from the Health Ministry on April 14th, there was only talk of “vast distances” that should be adhered to, Baum says. It was also said: “It smells like a gym solution.” However, what exactly “vast distances” means in meters and whether or not a gym is the answer – the Ministry of Health has left all of this open. “I miss the clear and precise instructions,” says Bohm. In the current dynamic situation, no one will be judged for wrong decision. “The worst thing you can do right now is not make any decisions.”

Local council in Konigsmuss: voluntary exams before the meeting

Also in Konigsmoos, the local council will move from the boardroom to the gymnasium. More space and better ventilation options were the main reasons here as well. Mayor Heinrich Sessler, in particular, assures the self-employed on his committee: “However, there is no guarantee that no one will be placed in quarantine if the worst happens.” He also adopts optional tests before meetings. So the rapid tests were distributed to the municipal councils at the last meeting.

All other municipalities also adapt to changing requirements. In Karlshuld, the holiday committee met on Monday in the gymnasium, the meeting will take place in Rohrenfels on Thursday in the building’s yard and the town hall of Oberhausen will permanently ventilate the innovation center. “We ask that you wear warm clothes,” councils and visitors are warned. In Weichering, the local council wants to continue meeting open windows and doors in the parish hall – provided the Ministry of Health gives the green light. (Sleeve)