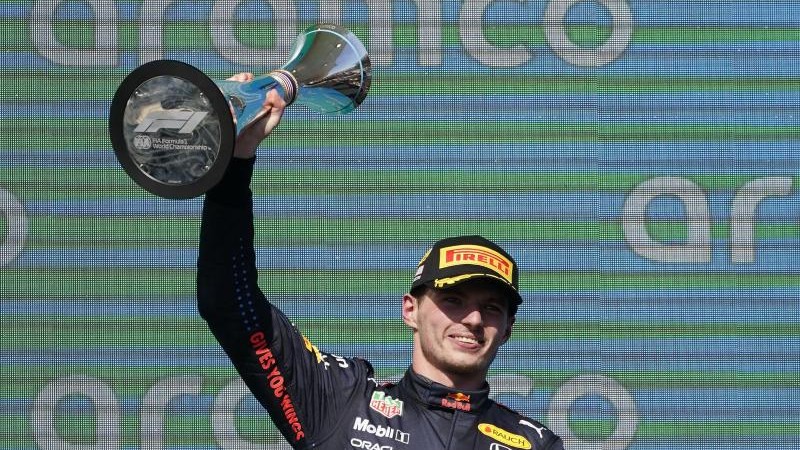 AUSTIN (AP) – Max Verstappen won the Grand Prix in the USA, taking a big step closer to his first world title in Formula 1.

The Dutch Red Bull driver is now 12 points ahead of Briton Lewis Hamilton in a Mercedes. Lessons learned from the race at the Circuit of the Americas:

Verstappen has the World Championship Package

Prior to the trip to Austin, Lewis Hamilton and Mercedes Valtteri Bottas were seen as clear candidates for the track in which Hamilton won five of the eight races, and since the introduction of hybrid engines, center stage has always gone to Mercedes. But then not only did Verstappen take first place on the grid, but he also couldn’t get Hamilton into the race. “I don’t know what we could have done differently,” the record world champion said. “That’s what we had.” Verstappen can rely on strategists and mechanics – and he did nothing wrong in the Texas heat.

There are still five races left, Lewis Hamilton is now 12 points behind Max Verstappen. “The chances are perfectly sound, everything is open. In the race it is possible to determine if someone has stopped,” said Toto Wolff, director of Mercedes Motorsport. But he also knows that the upcoming races in Mexico and Brazil are on tracks traditionally suited for Red Bulls. “We have a good group and we will be strong there,” said Verstappen’s teammate Sergio Perez. So if Hamilton doesn’t win at least one of the next two Grands Prix or if Verstappen is eliminated, he will be very, very close with the number eight title. “I said if we want to win the World Cup, we need ten victories. So there are still two missing,” said Helmut Marko, Red Bull motorsport advisor.

Formula 1 and the United States found each other

Formula 1 and the USA were a combination that didn’t work at all for decades. Meanwhile, there is a real boom and 400,000 spectators turned out to race this weekend at the Circuit of the Americas. They cheered not only Lewis Hamilton, but also world championship leader Max Verstappen and many other drivers – who are now known to a wider audience thanks to the Netflix series “Drive to Survive”. She also soared at concerts for Billy Joel and Twenty One Pilots – as well as a trophy handing by basketball superstar Shaquille O’Neal, who still soared above Hamilton, even though he was on the podium.

Vettel also fights for a point

New engine, plus other new parts for his Aston Martin: Even before qualifying, it was clear that Sebastian Vettel would start from the end of the field due to his penalty kick. From 18th place, the four-time world champion finally made his way to 10th and scored the 36th world championship point of the season. “It’s only one point, but we fought hard. At least we have something in our luggage,” Heppenheimer said before leaving Texas.