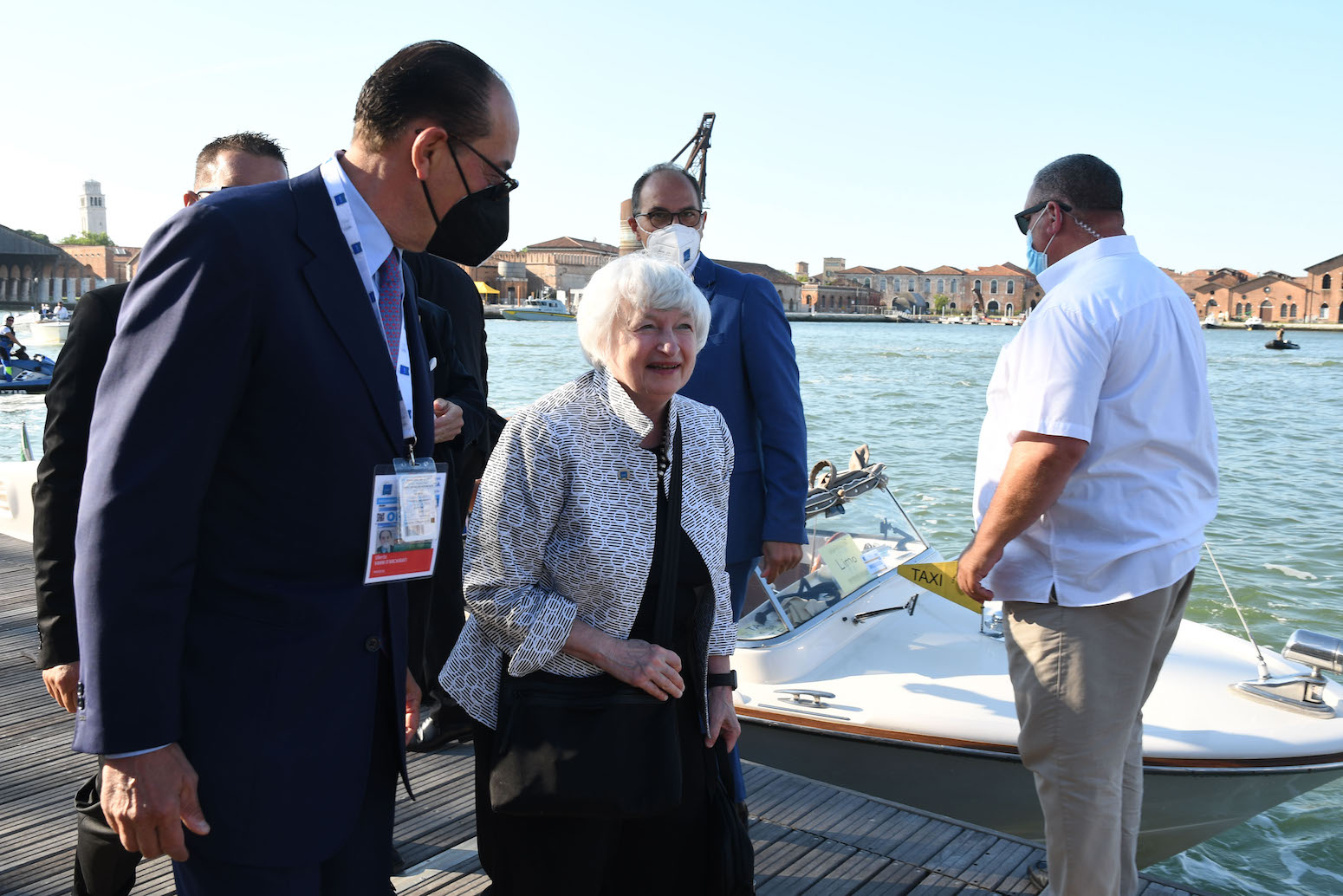 It is undoubtedly an interesting sign that we are starting to think about a general minimum tax in a group of G-20 member countries. But beware of expecting the same pants to be worn by people of different sizes. Basically, it is necessary to determine the introduction of minimum taxes in a balanced way, to avoid facilitating economies that are less competitive in reality.

Help came from the Group of Seven, when at a recent meeting the leaders of the seven most industrialized nations issued a joint declaration pledging to encourage reform of international standards in order to ensure that multinationals are required to pay a sum. Effective tax rate of at least 15% on its global profits. The incremental revenue compared to the current revenue would have been collected, at least in part, by the countries in which the large firms make their sales, even if – in those jurisdictions – they lack permanent organisations.

The initiative did not waste time. From the G20 summit in Arsenal of Venice (which boils in the stubborn Arzana di Veneziani / pitch to rejuvenate its unhealthy wood, / because Navícar has no place there) which can be considered the world’s oldest factory, positive developments have been confirmed in recent days. In a pause at work – under the Italian presidency – the Commissioner for Economic Affairs, Paolo Gentiloni With a message on Twitter, he declared himself “Proud to be involved in a historic day”.

Indeed, G20 finance ministers and governors will be close to an agreement on a proposed taxation of multinational corporations, set at a minimum of 15% and a profit-sharing mechanism between countries. It’s undoubtedly an interesting sign that we’re starting to think about a minimum general tax in a group of G20 member countries that account for about 90% of global GDP, 80% of global trade, 66% of the world’s population, and 84% of the world’s population. Greenhouse gas emissions from the use of fossil energy sources. But in financial matters, “words are not enough.”

There are important aspects that need to be clarified. In an editorial published on the website of the Bruno Leone Institute (IBL), after the initial agreement of the G7, at least three concrete issues were highlighted that would allow us to assess the outcome of the maneuver. The first is determining the tax base. It all depends on how you calculate the income to which the rate is applied. For some time now, tax competition between countries has been playing a much bigger role on this front than the decline in nominal rates: so, the concrete consequences of the agreement – continues Ibl – depend almost entirely on whether and how we get involved. Otherwise, tax dumping can exit through the door and back through the window. Moreover, the minimum tax of 15% still leaves some margins of competition, between systems that are able to limit themselves to this level and others that are forced to increase the rate as a result of their balance between income and expenses. The second issue relates to the “transitional” procedures adopted in many jurisdictions to counter the “profit transfer” of multinational corporations, particularly in the digital sphere. This is the case for Italian web tax and similar procedures in other European countries. Does the agreement provide for the abolition of these exorbitant taxes? It is a crucial question that is expected to be answered.

Finally, we must ask ourselves whether the potential agreement will affect the overall design of tax systems and what changes will affect it. The average business income in OECD countries today is 24%. In low-tax jurisdictions, such as Ireland, the rate is 12.5%, and therefore not far from 15. In the US, President Joe Biden would like to raise it from 21 to 28%: this would be an intervention in absolute contradiction, given that since the 1980s, it has fallen Taxes on business income on an ongoing basis. For example, in Italy – recalls Ibl – the proportion has gone from 32.5% in the early 2000s to 24% today. This was mainly the result of unfortunate financial competition: but, in practice, it preferred first of all Italian small and medium-sized companies that, due to their size or their product segments, did not have the possibility of relocation.

READ  In Florence, the governor meets with the Consul General of the United States of America

And so we come to the following conclusion: Will the G7 compromise end up easing, or removing, the restrictions that have so far limited the countries’ financial gluttony? Otherwise, it may be an opportunity to bring the system back into the international tax system. IBL did not hide the fear that, under the pretext of taxing treacherous multinational corporations, the bill would eventually be sent to SMEs.

Also Franco Dependetti, with an article on sun 24 hours, intervened on the minimum tax, close to the G7, noting that with a global tax, companies would have no advantage in playing on transfer rates between their subsidiaries to make profits in a country with a favorable tax system, such as Holland, Ireland, Luxembourg. If they still have to pay 21% (or 15%) even on stalled profits in the few remaining pristine tax havens, like the Cayman Islands, large US multinationals might prefer to bring it home with a 28% payment (which could become 25%) ). However, according to DeBendetti there are some legal notice Do not underestimate. First of all, why target only big tech multinationals and not companies of other sectors as well?

Moreover, any reduction in competition has negative effects on efficiency and productivity, and this also applies to tax competition. If, as Dependetti says, a country has effective public administration, and offers advantages for foreign investments, why shouldn’t it be able to do so? However, the tax burden should not be considered an incorrect means of attracting investors. It can also be the result of a state system with an administrative, economic and social organization that is able to guarantee the quality of services at lower costs. If promoting natural and artistic beauty, beaches, and museums is legitimate, Dependetti asks, why not taxing innovative companies? Simply put: you should be able to distinguish between “tax havens” and countries that can afford low taxes because their accounts are balanced.

Moreover, we should not forget that for many developing or emerging countries, financial or social dumping is a method – which all countries at one time or another in their history have used – to compete with stronger economies. No one would think, for example, about deciding on a uniform legal minimum wage in all G-20 countries. The same argument can be applied to other economic inputs. Therefore, “treacherous” multinationals can still find advantages for investing where there is greater comfort. So be careful not to expect the same pants to be worn by people of different sizes. Basically – we would like to conclude – it is necessary to determine in a balanced manner the introduction of minimum taxes, in order to avoid facilitating economies that are actually less competitive. After the 2008-2009 financial crisis at the level of international institutions, it was decided to adopt common rules for financial markets; Then nothing came of it. Hopefully – confirm that too Janet Yellen – That luck this time over. However, much depends on taking the steps as far as the legs allow.