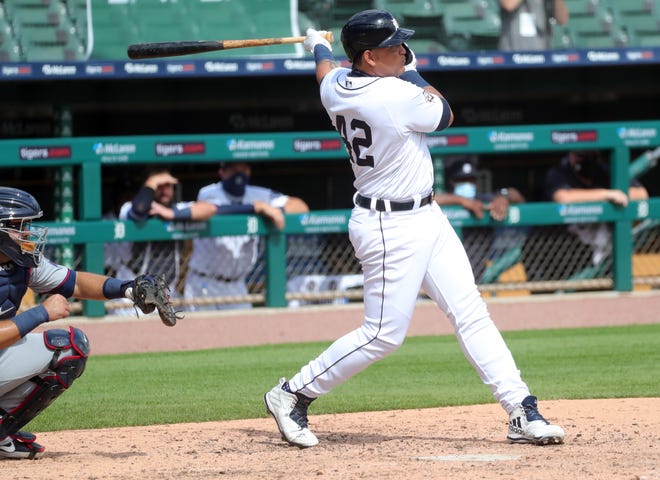 The Detroit Tigers moved two games closer to .500 and only needed 14 innings to do so.

After taking Game 1 of the doubleheader, the Tigers secured a 4-2 victory Saturday against the Minnesota Twins in Game 2 behind 37-year-old Miguel Cabrera. His fifth-inning home run for a two-run lead was his first long ball since Aug. 8 and one of five hits for the Tigers.

The Tigers (15-16) have 29 games remaining in the 60-game schedule, and the Twins have stumbled to 20-14 overall. Minnesota began the day in first place of the AL Central before the doubleheader sweep.

[ The Free Press has started a digital subscription model. Here’s how you can gain access to our most exclusive Detroit Tigers content. ]

The Tigers swiped the first contest, 8-2, behind left-hander Matthew Boyd, who went six innings for his first win of the year.

[ Tigers’ Ron Gardenhire on contract talks: ‘I don’t do that during the year’ ]

Left-hander Tarik Skubal made his Comerica Park debut and was aggressive in pounding the strike zone with his fastball. Of his 70 pitches, 61% were fastballs, 19% were sliders, 13% were changeups and only 7% were curveballs.

His fastball maxed out at 98.5 mph in the first inning and averaged 95.4 mph. He got four strikes swinging, five strikes looking and 14 foul balls with his go-to offering.

Skubal departed after the fifth inning, allowing two runs on three hits. He stuck out two batters without walking anyone. With Cabrera’s two-run blast coming in the bottom of the inning, he picked up his first MLB win.

READ  After Aus at the Australian Open: That's behind Serena Williams' emotional reaction 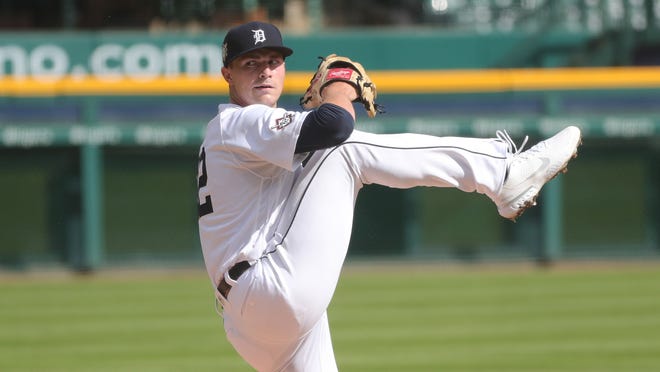 His single in Game 2 gave him 2,840 career hits, moving him into sole possession of 50th place — one ahead of Tigers Hall of Famer Charlie Gehringer. His homer in the fifth put him at 2,841 hits, three away from tying former Tigers catcher Pudge Rodriguez, another Hall of Famer.

The home run was Cabrera’s 482nd of his career (and his 1,999th hit for the Tigers — only seven Tigers have 2,000 for the franchise), making him 11 away from tying Lou Gehrig and Fred McGriff for 28th in MLB history. He is among the top 50 all-time in hits, home runs and RBIs, one of 16 players to do so.

Although the historic marks are impressive, the Tigers are getting more production from Cabrera than they did earlier in the season. That should make a big difference in the team’s performance in the second half.

Two batters after Nelson Cruz crushed a home run in the fourth inning, his second of the doubleheader, fellow slugger Miguel Sano tried to do the same. He drove a 1-2 changeup to center, but Victor Reyes tracked the ball, leaped and raised his glove over the fence.

He ended up making a home run-saving catch — the ball went 413 feet — to keep the game tied and preserve Skubal’s two-run outing.

READ  Theme of the Orioles match Tuesday night: Against the Red Sox, 7:30

But he added a diving catch in center to his defensive resume, robbing Max Kepler to make the final out of the sixth inning.

Evan Petzold is a sports reporting intern at the Detroit Free Press. Contact him at [email protected] or follow him on Twitter @EvanPetzold. The Free Press has started a digital subscription model. Here’s how you can gain access to our most exclusive Detroit Tigers content.