Migration from the Han. Flowing to the USA 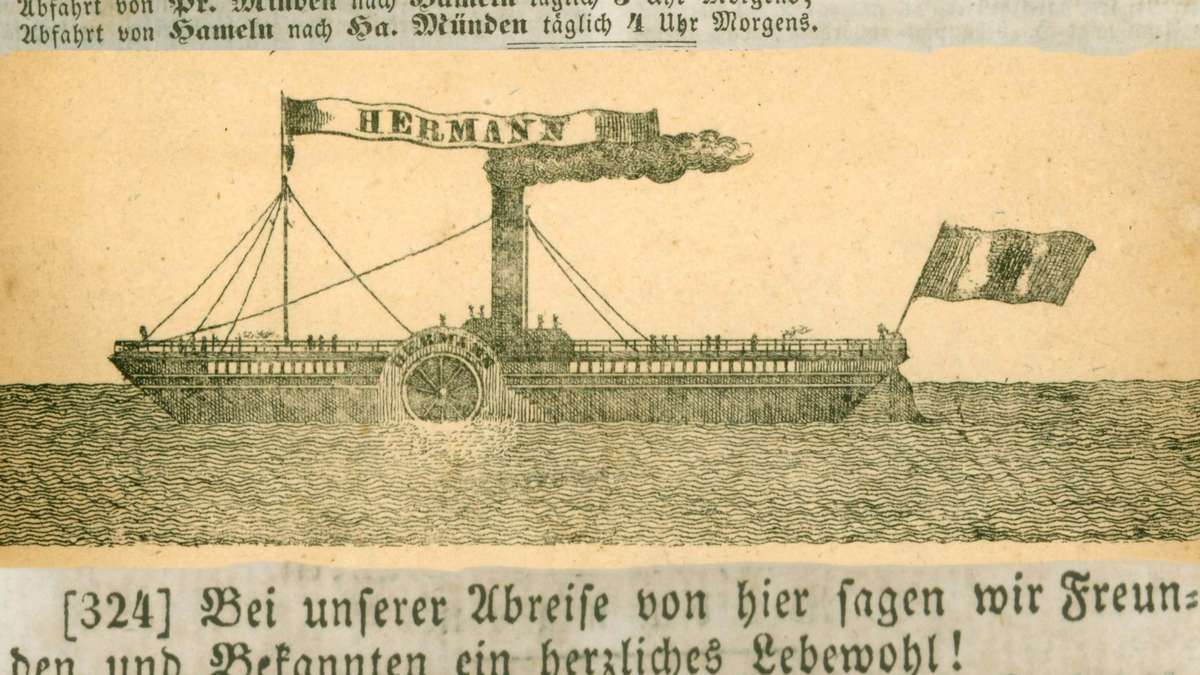 from Han. Münden, many people immigrated to the United States in the 19th century in search of a better life. Historical sources provide information about their departure from home and about the crossing.

In the nineteenth century, social changes made people difficult. Population growth, precarious economic conditions and poor living conditions have led many to start a new life in another country. Above all, they hoped for better prospects of immigrating to the United States. Many of Mond’s residents were no exception.

Some even put up advertisements to mark their planned migration. “I am traveling to America,” for example, was an advertisement in the Mündenschen Intellektivenblatt in March 1848. Or: “The Schultzberger family will travel from Speele to America in four weeks.” Such a declaration cost money, of course, but not as much as it did for the emigration itself, as the budget the immigrants had at their disposal was often manageable.

In the beginning and middle of the 19th century, immigration often acted as a side business for shipping companies. The ships used by those wishing to leave the country were cargo ships that carried goods from America to Europe. On the way back, double decks made room for passengers. The crossings were relatively cheap, but they were also inconvenient.

Passengers had to bring their own provisions for the six to ten-week journey. Space was scarce, as well as daylight and fresh air, and the cleanliness also left much to be desired. This changed only at the end of the 19th century, because regulations were put in place, immigration became more and more the main business and competition between shipping companies increased.

In 1840, a Mündener judge sent a Mündener linen weaver, famous for being a poacher, and his entire family to America. The undertaking cost the judge about 108 thalers, and the city received a grant of 30 thalers from the state. How people willing to immigrate can finance their trip can be quite different. In 1849, for example, Docker’s widow thanked many people for making a donation so that their son could move to America. With the announcement, “A mother’s heart publicly thanks him.”

In the second half of the 19th century, steamships increasingly replaced large sailing ships. But if you want to cross the “big pond”, you must first come to Bremen. She moved from Münden via Weser very quickly, due to the conditions at the time. After the establishment of the Weserdampfschifffahrt Union – based in Hameln – the travel time to the Hanseatic city was shortened to two to three days. For a second class flight, passengers had to pay three talers and ten good groschen, groups of ten or more paid two talers per person.

From 1849 travelers could come to Minden for one thaler and eight good groschen. If no connecting ship was available there, it would have been possible for 17 groschen’ good in III. Put the railroad in covered wagons to Bremen.”

Until it was captured by Norddeutscher Lloyd in 1856, the United Weserdampfschifffahrt had carried 57,093 immigrants on the first part of the journey to a new, hopefully better life.